Discuss the alleged Nazi genocide or other wartime atrocities without fear of censorship. No bullying of fellow posters is allowed at RODOH. If you can't be civil, please address the argument and not the participants. Do not use disparaging alterations of the user-names of other RODOH posters or their family members. Failure to heed warnings from Moderators will result in a 24 hour ban (or longer if necessary).
Post Reply
1059 posts

I’m just not going to play your little games. The report doesn’t prove anything you are claiming so just shut up and give it a rest for once in a while.

You should self reflect and consider who and what you are.
The report clearly states that a camp that should not have been in existence until Autumn 42 was in fact operational in 1941 with reports of exterminations, not annihilations; it clearly states three camps with TII being a konzentrationlager. That is a considerable anomaly and needs to be discussed on this board.

It also lends support to the fact that all of the reports on extermination are bogus; they were bogus in 1941 and certainly bogus a year or so later.

As I should have done before, you are now going on ignore for trolling.
Top

I am not bothered by this poster who has many faces, though enough similarities to be positively identified.
This poster has his chance to explain the anomalies found with the chronology where US intelligence reports that Treblinka was functioning as an extermination camp a year before it was supposed to exist. Perhaps they are suggesting the arbeitslager was killing people, but if so that would be an annihilation camp at its worst definition. However, the word extermination is specifically used.

A 1945 listing of camps contains some errors. It is date stamped May 7th 1945 and then on the very next page is a handwritten note that it had been amended on 10th June 1945. It was being updated as new information came in.

The aerial photo of 1944 clearly shows that Treblinka village was next to two camps and Malkinia was a few miles away. We already know that there was some confusion and conflation of those camps. TI was the labour camp, which was opened in late 1941, its main role being the quarry it was built next to. Malkinia was the transit camp, its location at a major junction ideal. TII is evidenced as being a death camp.

TreesAreGreen, you need to tone it down or I will remove your posting privileges in this forum.

Depth Check wrote: ↑
Sun Jun 28, 2020 12:46 pm
TreesAreGreen, you need to tone it down or I will remove your posting privileges in this forum.

One rule for the Holocaust deniers (insane antisemites) and one rule for normal people (people with brains that function), is that right?
Top

According to the CIA released documents on Konzentrationslager the following is said:
A general report on concentration camps speaks of "ten
'main camps", surmises A number of secondary ones and claims
that any prison may be Used as a transit camp for Schutzhaft
linge (persons in protective custody).
As all Juden were placed in schutzhaft (protective custody) Treblinka (if it existed) would have been a transit camp by simple definition alone. Evidence was given that it functioned as such with the departures of thousands of Häftling or tranportees.
The question now is whether at times it acted as an extermination centre. Which Treblinka camp acted as the todes lager the current narrative TII or the Sept 1941 TIII as reported by the intelligence agency. TII then was a mere Konzentrationslager.


In section on Treblinka, page A106, it lists an "Extermination camp for Jews".

I suspect that Treblinka II was always a konzentrationslager acting as a customs transit camp prior to Barbarossa; it seems most of der Juden from Polen were evicted into Polieren Soviet Zone prior to Barbarossa through this camp and the other Reinhardt border camps such as Belzec and Sobibor. After Barbarossa TII resumed function as a KZ work station camp sorting transports. This is evident from the witnesses who went through the camp after Barbarossa. Where TIII the extermination camp in Sept 1941 was there is no indication.
Examples of people transited are found at CODOH
The jude below went to TII and then back to the arbeitslager TI at a later stage. 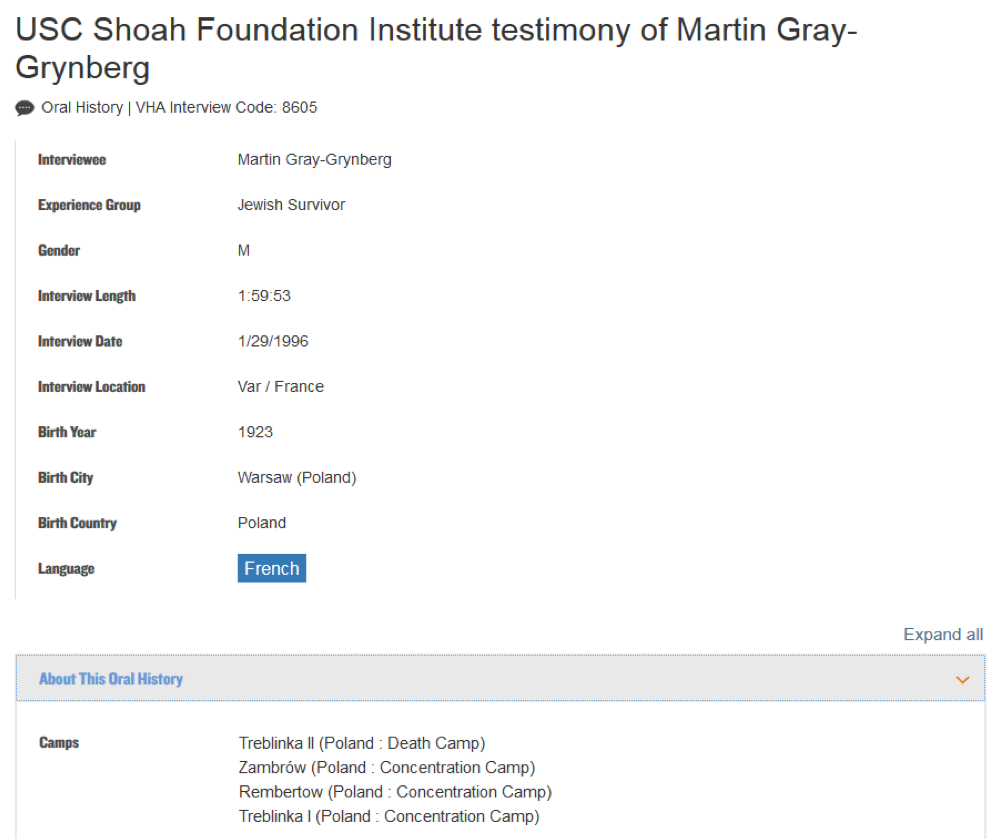 Examples of people transited are found at CODOH.

Most of the witnesses say that they were part of a group of men or of a group of women. They were then loaded on box cars (cattle cars?) and sent elsewhere. However, they don't say that they were the only people being loaded on the train. Only that their group was loaded as a group into one or more cars. My question is, were these small groups the sole occupants of the trains or were there other passengers? Any thoughts or speculations about that?
Top
Post Reply
1059 posts