The RODOH Lounge is a place for general discussion, preferably non-Holocaust. The Lounge is only lightly moderated but please keep this a friendly place to chat with and get to know your fellow board participants.
Post Reply
84 posts

Huntinger wrote: ↑
Wed Feb 19, 2020 2:01 am
Thank you Werd this will take some reading. An interesting topic which I believe can link to the rituals of the ancient Khazars who now call themselves Ashkenazi Juden.

Human sacrifice including the sacrifice of children/infants has a long history. I don't find it surprising that some fanatics still indulge in such barbarity. Generally, the guilty squeal the loudest and the Jews have a history of squealing like a pig under a gate over what they call a "blood libel". That the Hasidics still openly torture chickens to death in order to expiate their sins is a very real indication that the more fanatical still indulge in child sacrifice.
Top

I think this should be discussed and viewed; this is a forum of intellect. The material may not be my beliefs but needs to be discussed. I think it is worth perusing: Is there evidence.

Well, that was a rather disturbing little flick. It would seem that my untutored conclusion was a bit closer to the mark than I knew. How about Podesta et al. and "pizzagate"?
Top

Huntinger wrote: ↑
Wed Feb 19, 2020 6:11 am
I think this should be discussed and viewed; this is a forum of intellect. The material may not be my beliefs but needs to be discussed. I think it is worth perusing...

Given the unfortunate disappearance of several posts due to the repairs on rodoh, I will have to create a new response to this:

The cave in which the mutilated body of thirteen-year-old Andrei Yushchinsky was found. He had been killed by members of a criminal gang led by Vera Cheberiak, who suspected that Andrei had betrayed them to the police.

Jeff bitches about the fact that no witnesses claims to have seen Beilis dump the body. But he is VERY quick to ignore a surviving child witness (poisoned, but her two friends died that also were poisoned) who said Beilis abducted the boy while the children were playing.


Vera Cheberiak, the criminal who was responsible for Yushchinsky’s murder, became the main witness against Beilis. State prosecutors and investigators collaborated with her to fabricate false testimony and evidence.

Absolutely no proof is given of any kind. In fact, she was offered money by Jews to confess. Schramm already explained that Cheberyakov family belonged to the few non-Jews who lived in the vicinity of this miserable property. In fact, HER CHILDREN were witnesses to Mendel abducting the boy and therefore it was HER CHILDREN that were poisoned by a corrupt cop who brought them sweets. The surviving child testified in court Mendel abducted the boy and she ALSO fingered another corrupt cop who were clearly bought by Jews.

Ludmilla screwed her face up, tears were in her eyes. The presiding judge: "Why are you crying?" -- "I'm scared," replied the girl! The representative of the civil plaintiff: "Who brought you the pies?" -- "Vygranov and Krasovski." -- "Do you know them both?" -- "I know them." -- "Who threatened you?" --
Poleschtschuk."(28) -- "And what did Krasnovski say?" -- "He said that I was supposed to say only two or three words!" -- "Turn around and say whether you don't see Poleschtschuk?" -- "Yes, Poleschtschuk is here!" -- "Point him out to me!" -- The girl walks up to Poleschtschuk, points at him, he
gazes at her threateningly, and she begins to cry. "Why are you crying?" asks the presiding judge, "no one will do anything to harm you here!" The girl cannot calm down and replies: "I'm afraid, I'm scared. . .They threatened, (361) if we would testify, then the same thing would happen to us as with Yustschinsky. . ."

Zhenya Cheberiak, Vera’s son, and a playmate of Andrei Yushchinsky. He was likely the last person to see Andrei before he was murdered. He took ill a few months later, and when he attempted to convey what he knew to investigators, his mother treacherously covered his mouth with kisses.

Wild claim. No sources. Well probably none other than Maurice Samuel's book which we have already seen was playing slippery with trial transcripts.


Gregory Zamyslovsky, a member of the imperial Duma and a key player in the conspiracy to frame Mendel Beilis. It was he who falsely accused the Schneersohn tzaddikim, the leaders of the Chabad-Lubavitch stream of Chassidism, of being behind every case of Jewish ritual murder in the Russian empire.

One need only consult the supplement mentioned already to see that this is totally justified.


Nikolai Krasovsky, the police detective labeled “Russia’s Sherlock Holmes.” After refusing to pin the murder to Beilis, Krasovsky determined that it was Vera Cheberiak who was really responsible for the murder. Krasovsky paid dearly for his honesty: he was removed from his post and himself prosecuted by the government.

THIS WAS THE CORRUPT COP THAT POISONED THE WITNESSES WHO SAW MENDEL ABDUCT THE BOY! And the Jews are calling him a hero. One need only consult the full English translation of prosecutor Gregory Zamyslovsky's book in order to see how corrupt this man was. You know, the same lawyer, that along with many others, were murdered by the Jewish Bolsheviks when they took over Russia and classified the book for 100 years!


Ivan Sikorsky, a famous and well-regarded psychiatrist who lectured at the University of Kiev. His reputation soured when his late-blooming anti-semitism caused him to abandon scientific principles, violently skewing his analysis of Yushchinsky’s wounds to support the accusation of Jewish ritual murder.

Um, no, that was David Maddison and other liars who claimed the boy had 14 wounds when in fact THERE WAS 13. Five of the marks on the head being used to resemble a Hebrew Letter! 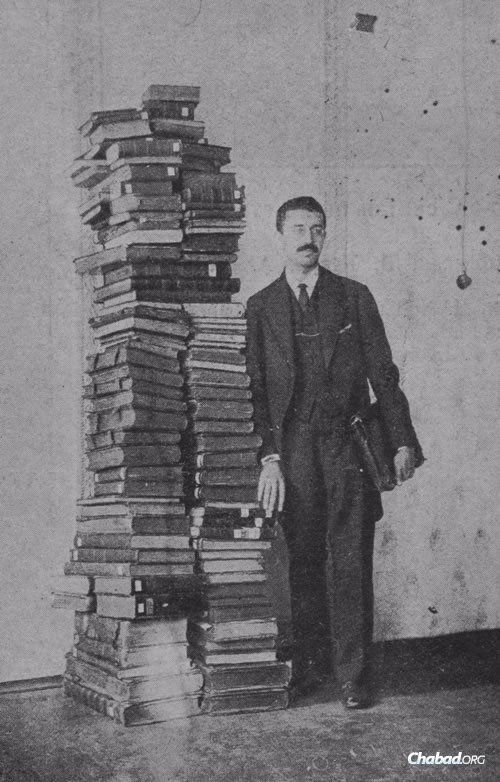 A stack of Jewish religious books entered as evidence by the defense. It fell to Rabbi Yaakov Mazeh of Moscow to refute the bogus claims of the “experts” who propped up the prosecution. Rabbis Mendel Chein, Avraham Chein and Levi Yitzchak Schneersohn assisted him in his research, helping him locate and familiarize himself with a very wide range of relevant sources.

Refute what claims? That a secret occult Jewish sect that practices black magic and demonology permits the use of blood, which is sacred and central to black magic? Laughable! They can quote the old Testament 1,000 times, and that has no bearing on what is in the more occult texts of Judaism such as the Talmud and Kabbalah. Quality over quantity, folks!


Interior Minister Nikolai Maklakov was a party to the conspiracy against Beilis. Prior to the trial, he allocated money to bribe witnesses from the tsar’s secret Ten-Million-Ruble Fund.

No proof. Possible regurgitation of more lies from Maurice Samuel's book. Funny how this article is loathe to mention Jewish money and attempted bribery by Jews!


Vasily Shulgin, an avowed anti-semite who served as the editor of the right-wing newspaper Kievlianin during the trial. After a meeting with Jewish leaders, the paper’s editors determined that despite their prejudices they could not in good faith support the blood libel. Instead they became vocal advocates on Beilis’s behalf, and decried the travesty of Russian justice.

More unproven claims likely to originate from Maurice Samuel. I'd like to know the circumstances of his 180 degree turn. What money was he offered to turn? Or what threats were made to him? Did this paper report on how the judge had to tell Jewish newspapers to stop reporting perverted renderings of court evidence to the public or they would be banned?


Justin Pranaitis, a Catholic priest from Tashkent, was the only religious authority the government could find to back the charge of ritual murder. A thoroughly unscrupulous plagiarist who claimed to be an expert Hebraist, the defense unmasked him as a fraudulent ignoramus.

False for reasons clearly explained in my first post on page one.


Rabbi Yaakov Mazeh, the government rabbi of Moscow, was renowned for his scholarship and his eloquent Russian oratory. In the last days of the trial, he delivered a resounding defence of Jewish moral values and demonstrated that the chassidic movement had never perverted Jewish tradition or its precepts.

In my opinion, this Kiev case, as well as the 1840 Damascus murder of Father Thomaso, and the 1475 case of Simon of Trent are the three best proven cases. If I had to think of a fourth top case, I would pick the Tiszla Eszlar case in Hungary 1882.

Here is a case you might also be interested in looking into. From various Chicago news sources:
https://christiansfortruth.com/flashbac ... -children/

The father of the two ritually murdered children went to the police with information about Jewish ritual murder. The mayor of Chicago, a Jew, had him arrested as a suspect in the murder of his children. When that was disproved, he was sent to a Jew owned psychiatric facility where he died from "electro-shock" therapy that afternoon.

In my opinion, this Kiev case, as well as the 1840 Damascus murder of Father Thomaso, and the 1475 case of Simon of Trent are the three best proven cases. If I had to think of a fourth top case, I would pick the Tiszla Eszlar case in Hungary 1882.

Actually, I wrote that.

Here is a case you might also be interested in looking into. From various Chicago news sources:
https://christiansfortruth.com/flashbac ... -children/

The father of the two ritually murdered children went to the police with information about Jewish ritual murder. The mayor of Chicago, a Jew, had him arrested as a suspect in the murder of his children. When that was disproved, he was sent to a Jew owned psychiatric facility where he died from "electro-shock" therapy that afternoon.

Well, prolly all just a "cohenincidence".

I doubt this was a Jewish ritual murder. Children usually disappeared around MARCH!

Between October of 1955 and December of 1956, a total of five White children, 3 young boys (two brothers and a friend) and 2 teenage sisters were abducted and murdered in a manner which was suggestive of Jewish ritual sacrifice, the liturgical object of which is to obtain Gentile blood to mix with the matzoh used in several esoteric Jewish religious ceremonies such as Purim, Passover, and Kol Nidre at Yom Kippur.

Hmmm. Sounds like satanic ritual sacrifice committed by satanic high level freemasons at Halloween and also the winter solstice. Although the lack of sexual assault and apparent total removal of blood, does reek of Jewish Ritual Murder. It's just that for me, the timing is off.

Werd wrote: ↑
Sun Mar 29, 2020 6:18 am
As for the other two missing girls not connected to the main five disappeared kids who allegedly had all their blood removed, at least one of them was beheaded. That is NOT the modus operandi of Jewish Ritual Murders. If we're looking for repeating patterns, that is not one of them.

Good point, the ritualistic murders of same sects would have similarity.