The RODOH Lounge is a place for general discussion, preferably non-Holocaust. The Lounge is only lightly moderated but please keep this a friendly place to chat with and get to know your fellow board participants.
Post Reply
1479 posts 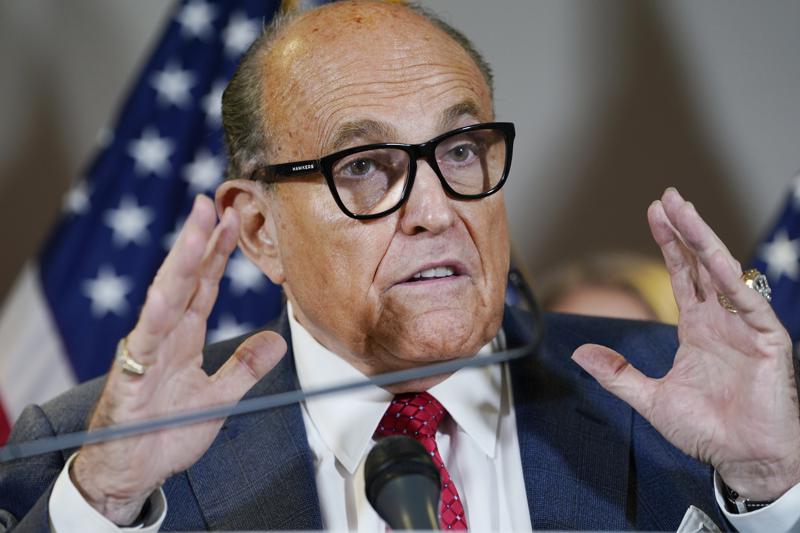 Agents searched Giuliani’s Madison Avenue apartment and Park Avenue office, people familiar with the investigation told the Associated Press. The warrants, which required approval from the top levels of the justice department, signify that prosecutors believe they have probable cause that Giuliani committed a federal crime – though they do not guarantee that charges will materialize.

Trump told Fox Business on Thursday that Giuliani was “the greatest mayor in the history of New York” and “a great patriot”.

“It’s very, very unfair,” he said of what happened Wednesday. “Rudy loves this country so much, it is so terrible when you see things that are going on in our country with the corruption and the problems and then they go after Rudy Giuliani.“

White House press secretary Jen Psaki said Thursday on CNN that the White House was given no heads’ up on the fact the raid was coming. The justice department, she said, “is independent now. They’re gonna make their own decisions, take their own actions. That’s how the president wants it.”

A justice department spokesperson did not immediately respond to a request for comment. The US attorney’s office in Manhattan and the FBI’s New York office declined to comment.

The federal investigation into Giuliani’s Ukraine dealings stalled last year because of a dispute over investigative tactics as Trump unsuccessfully sought a second term. Giuliani subsequently took on a leading role in disputing the election results on the Republican’s behalf.

Many people in Trump’s orbit have been ensnared in previous federal investigations, including special counsel Robert Mueller’s investigation of Russian election interference. Some, like former Gen Michael Flynn, Roger Stone and Paul Manafort, were pardoned. While there were discussions about a pre-emptive pardon for Giuliani, it did not materialize.

Giuliani was central to the then-president’s efforts to dig up dirt against Democratic rival Joe Biden and to press Ukraine for an investigation into Biden and his son, Hunter – who himself now faces a criminal tax investigation by the justice department.

Giuliani’s lawyer, Robert Costello, said the warrants involved an allegation that Giuliani failed to register as a foreign agent and that investigative documents mentioned John Solomon, a former columnist and frequent Fox News commentator with close ties to Giuliani, who pushed baseless or unsubstantiated allegations involving Ukraine and Biden during the 2020 election.

Jeezus H, Hunt, do you get ALL of your news from the likes of, "The Guardian", CNN and PBS? A CNN VP even admitted that they are anti-Trump and a propaganda outlet. Project Veritas has him on tape saying that. Have you ever heard of Project Veritas?
Top

Turnagain wrote: ↑
Tue May 04, 2021 6:09 pm
Jeezus H, Hunt, do you get ALL of your news from the likes of, "The Guardian", CNN and PBS? A CNN VP even admitted that they are anti-Trump and a propaganda outlet. Project Veritas has him on tape saying that. Have you ever heard of Project Veritas?

Lets see if Mr Giuliani goes to the block or not. Someone has to be the 'fall guy' for the Trump baby.

Flaunt it, Psaki. Work that oratory. Are ya 'gonna?'
Kids like to kick a hackey- sack around and you're the proud inventor of 'Psaki hack'.
Top

This is a covid ridden hell hole. No one in their right mind would bother.

He is the President of the United States of America.

He is the President of the United States of America.

It’s Only Been 4 Months: Keystone Pipeline is Shut Down, Gas Prices Are Highest in 6 Years, Gas Stations Are Out of Gas, And Gas Lines in Several States – Nice Work, Joe!
Top
Post Reply
1479 posts