The RODOH Lounge is a place for general discussion, preferably non-Holocaust. The Lounge is only lightly moderated but please keep this a friendly place to chat with and get to know your fellow board participants.
Post Reply
132 posts

Scott is ignoring that jewish customs and rituals were observed at Peinovich's wedding to a jewess in NYC years ago.
Top

Oh and Peinovich's adopted brother is black and was his best man at his wedding to a jewess.

He keeps alluding to a 'WASP' upbringing yet there were very few 'WASP's' left in Maplewood, NJ when he grew up there, if any. He looks nothing like a 'WASP.'

Was he sued and/or prosecuted for his role in the UTR rally in Charlottesville?
Top

Oh and Peinovich's adopted brother is black and was his best man at his wedding to a jewess.


That would make sense but parents adopt children, not the siblings. In the 1970s our family had an Indian (Navajo) kid live with us for a year. Mormons used to do that in those days when the English language skills of American Indians was lacking. The placement children were not adopted─Mormon families just brought them in on a school-yearly basis to keep them from having to stay at the Indian boarding schools. (The kids were already LDS converts.)

The Best Man thing is not surprising, is it, an adopted brother or otherwise. Also, since his ex-wife is a Jew, it is no surprise that this would be the type of marriage service held. Rabbis do weddings all the time, like other clergy. This does not mean that Enoch ever converted to Judaism.

In Orthodox Judaism it is easier to for a Gentile to marry a Jewess than for a Shiksa to marry a Jew since the Jewish tribal affiliation for the children is maternal without a full conversion. There were no children here, and I am not seeing any evidence that Enoch ever converted to Judaism or has any Jewish tribal blood.

Freya wrote:
He keeps alluding to a 'WASP' upbringing yet there were very few 'WASP's' left in Maplewood, NJ when he grew up there, if any. He looks nothing like a 'WASP.'


His Dad is a Shit-Lib retired academic (a professor of Old English at the University of Pennsylvania). Enoch's parents divorced when he was very young and his father remarried. His Father's ancestors came from Yugoslavia and North Dakota. His step-mother is a retired academic counselor. His mother died not too long ago; she was Norwegian or of that stock, and Enoch sometimes takes trips there to visit relatives.

His biological Mother might have been an adademic administrator (not sure). I assume the Black child was adopted in his father's second marriage. He also has a Shit-Lib sister. I'm not sure if she is a step-sibling or not. In any case, Enoch was raised Episcopalian, worked as a Church youth counsellor, and he acknowledges its modern-day Pozz.


Controlled to do what, exactly?

As I said, I have listened to his podcasts for years and they have come a long way from edgy trolling of Liberals to serious Holocaust critique. No Jew would ever do that full bore. David Cole doesn't, and he is no longer worried about being beaten up by the Jewish Defense League.

I remember some of the Rush Limbaugh radio programs when Bill Clinton was first elected to the Presidency. Limbaugh would start his show with something like "Day 97 - America Held Hostage" and do bits like Alvin and the Chipmunks, only with "AlGore." It was obvious that Limbaugh was just a "Conservative entertainer."

One way to tell the Kosher Conservative chaff from the wheat is how they handle the great Holocaust debate. Enoch and TRS are plugged into that so-called "Third Rail" of Holodenial on a regular basis now, and not in a silly Anglin-tier fashion.

Freya wrote:
Was he sued and/or prosecuted for his role in the UTR rally in Charlottesville?


He had no role in the Charlottesville planning, and his only role in the event other than showing up there on time was that he was invited to speak and was listed on the event billing. It was "Unite the Right" so anybody that heard about it could show up or not, and with no planning or preparation for security─not even a buddy-system in place in the case of James Fields, still wearing his White polo shirt in his gray Dodge Charger trying unsuccessfully to leave a BLM/Antifa mob─and that was part of the problem. I was listening to TRS podcasts at the time, so I know that they did not know if there would even be a permit granted or not until the last minute.

Yes, Enoch was sued after Charlottesville, but they dropped the case against him. He was doing some very proactive defense on his own─but with advice from other lawyers who can be vouched for─people who have fought the SPLC and the ADL for a very long time. I tend to be for maximum transparency on such matters, but I don't particularly want to drop names, and besides, all I know is grapevine gossip, although I have met quite a few prominent WN attorneys such as who worked for Ernst Zündel. Plus, David Duke vouches for Mike Enoch, as I said.

So why did Peinovich marry a jewess if he wasn't tolerant of them?! Do you not think he wasn't exposed to them in Maplewood, NJ right in the middle of Essex County, NJ?!

I grew up in an area not that far away, also very dominated (not as much in my childhood) by jews. Even as I was socialized to accept them and their ways, I as a whitey white person found them repugnant, as my extended family wasn't the slightest bit jewish and some of my childhood friends and contexts weren't, either.

I have never had one iota of voluntary sexual activity with a jew. It's literally not something I think I could ever do, and while I find most of them under average attractive I wouldn't say that about all jews. There are some who are fundamentally nice people in the context of a larger disgusting cult, and some who are actually aesthetically pleasing to look at, often the more mixed or upper middle class ones who had their pick of gentile genes to hijack, lol.

I couldn't make out with a jew, much less have sex with and marry one for multiple years. The jews of NJ don't hide their disgustingness and anti-anglo/white agenda, by and large.

There is something really wrong with this picture of Peinovich.
Top

When was America great? Pardon my myopia here, but I'm damn nostalgic regarding the founding father's enlightened stance of empowering the citizenry. Nay, compelling the citizenry to take up arms should their government become a tyranny.
Top

torus9 wrote: ↑
Thu Sep 03, 2020 5:25 pm
When was America great? Pardon my myopia here, but I'm damn nostalgic regarding the founding father's enlightened stance of empowering the citizenry. Nay, compelling the citizenry to take up arms should their government become a tyranny.


I tend to support General Washington without question─but as far as more recent history, I can remember back to the turbulent decade of the 1960s, and it was a far greater place and time back then. You rarely saw Negroes in the streets except in the South, and if you did they were almost always polite and decent folks.

I think President Kennedy started a long downward slide from Camelot to Cambodia and now its more like the Congo. I started school in Las Vegas, Nevada in 1966 and kids could walk safely on the streets. I also went to school in Tucson, Arizona where one Jo-Jo Rosenbaum will commit his sex crimes against five boys some thirty years later. Below is the sentencing information report on him. Thank you, Kyle for redacting this Niggah. 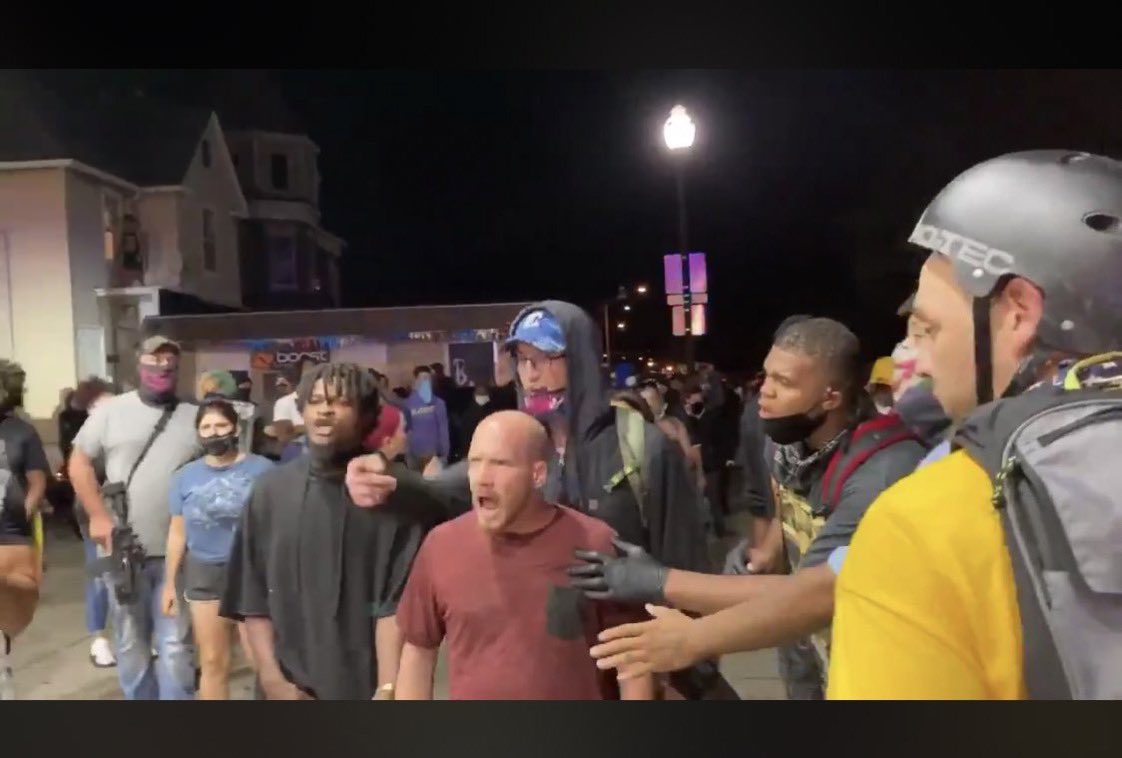 With apologies to the Beatles.

Okay, okay, I am not that good at cheeky.

Jojo "the dog-faced boy" Rosenbaum. What happened Jojo?
Or is it all down to nothing more than Pop-Tarts, Gatorade, and a side order of porn-gon-rong?

Look at the black dude to Jo-jo's left.

"Ya see I rob banks
I pull pranks
Sometimes I eat franks and knishes
Best wishes!
I'm vicious
But here I am again
Like CNN
Deliverin' my friend"
-The Fun Lovin Criminals
Top
Post Reply
132 posts