The RODOH Lounge is a place for general discussion, preferably non-Holocaust. The Lounge is only lightly moderated but please keep this a friendly place to chat with and get to know your fellow board participants.
Post Reply
212 posts

Rats in major US cities are resorting to war and cannibalism to survive the lockdown as expert claims Americans will face similar problems if the shutdowns go on much longer.

“now the adults are killing the young in the nest and cannibalizing the pups,"
Top

“The world today has 6.8 billion people; that’s heading up to about 9 billion. Now if we do a really great job on new vaccines, healthcare, reproductive health services...we could lower that by perhaps 10 or 15 percent.” —Bill Gates, TED Talk “Innovating to Zero!” (2010)

I don't know if anybody caught the 96-year-old Nobel Prize laureate Henry Kissinger's recent essay in the Wall Street Journal or not. I'll save you the trouble. H.K.'s article was well-written but not particularly remarkable. Kissinger's Jewish family was driven out of Nazi Germany before WWII and he served as a Sergeant (E-5) in the U.S. Army, and in the WSJ article he compares the uncertainty he experienced during the Battle of the Bulge to the CoViD-19 pandemic. Basically Kissinger argues that the latest Kung Flu has challenged the Globalist rats usual elites to figure out a way to square the circle and to keep the integrated supply chain gears and the just-in-time economy with its open-borders and Third World wages despite this and future crises. We don't want to wall in the cities to fortify against external threats, but instead to make them even more open and integrated, and to make Third World wage slavery for the plutocratic elite or the Politburo the norm─well, actually he left out mentioning the last part.

But these political elites know how to never let a crisis go to waste. I suspect that if they are able to improve their Globahomo model further, eating rats and being eaten by rats will be the least of our worries.

In this vein, David Cole currently has another interesting essay in Taki's magazine about how the CDC and other officials were more interested in what the political implications or social stigma of Gay-Related Immune Deficiency Syndrome or GRIDS (renamed AIDS for public relations purposes) would be over the medical safety of the public blood bank. In the early 1980s, despite not having an HIV test to screen blood bank donors, they juked the science to fit the policy and refused to ban Gay men from donating blood, or to screen against Hepatitis B for which a test could be made available.

Cole's article compares this enlightened Social Justice attitude about the harmlessness of the "Gay cancer" with the growing concern about drawing any connection or stigma about viral outbreaks from China that might negatively taint open-border policies and affect global integration.

I'm loathe to quote infowars, but facts are facts.

Claims she was violently abused by authorities for calling for protest against quarantine.

Here is another source...

Known due to her lawsuit against corona rules, an attorney was commited for psychiatric assessment

The lawyer Beate Bahner was taken to the psychiatric facility by the police. There a doctor decided to commit her to the hospital. The lawyer had come to the attention [of the authorities] due to her lawsuit against the corona measures. She is no longer in the clinic.

For reasons of care for the woman, colleagues considered her presentation to a psychiatric unit necessary. The woman resisted and used physical violence against the police.

The doctor apparently then decided to keep her in the clinic. "She made an impression of being very confused" a police spokesman had previously explained to the "Rhein-Neckar-Zeitung".

The lawyer, who was brought to a psychiatric unit on Easter Sunday, has since been able to leave the facility. The clinic confirmed this on Wednesday.

Bahner had become known in the past few days with a call for nationwide demonstrations and an urgent application for the abolition of all corona protective measures.

The lawyer from Heidelberg considers the corona rules to be excessive and advocates for them to be abolished. In her opinion, these measures endanger "the preservation of the rule of law, the protection of fundamental and human rights and the preservation of the free and democratic basic order of the Federal Republic of Germany". She argues that the infection is harmless for 95 percent of the population. "I am really horrified and do not want to reproach myself for not acting as a lawyer and for not defending the rule of law with all the means at my disposal!", she wrote in a statement.

Bahner had introduced a “regulation” about her concerns
However, she failed with her urgent application. Federal Minister of Justice Christine Lambrecht (SPD) had recently described the restriction of fundamental rights due to the corona crisis as "appropriate". On Saturday, Bahner had also issued a “resurrection ordinance” on her view that declared the corona rules to be ended.

Bahner reported in an audio file that was recorded during a call to her sister that she was being transferred to psychiatric facility.
She was on the street when she noticed a car parked in front of her garage for a long time. "I thought something was wrong and hid behind a car." Because there was no one else on the street, she was afraid and asked a driver to call the police.
Then she realised that this was a mistake. "I'm the biggest enemy of the state at the moment."
She told the police that she felt persecuted.

Bahner has worked as a lawyer for 25 years, she is a specialist lawyer for medical law.
A few days ago, the lawyer's website was blocked at the request of the Mannheim police to “rectify the existing public security disruption”. On the side, she had justified, among other things, her urgent application to the Federal Constitutional Court.

Because she has called for a demonstration against the nationwide corona protection measures, the state security department of the criminal police department in Heidelberg is investigating an appeal against them. The police measure with the forced psychiatric assessment is not related to this, the police and public prosecutor point out.

On her side, Bahner also wrote that because of the rejection of the urgent application, she wants to return her admission as a lawyer.

In an audio file which she apparently sent to her sister and which was published on Telegram, it says: She ran into the street because she felt threatened by two suspected killers outside her door. She had asked the occupants of a car for help.

Officials confirmed on Monday evening, when asked at the Mannheim police headquarters, that the woman had made a "very confused impression". The Rhein-Neckar-Zeitung had reported on the matter first.

In the voicemail, the lawyer described that she had been taken handcuffed to a psychiatric institution. After talking to a doctor, she had spent the night as the only patient in an isolation ward. On Sunday she was given a room with a bath, her cell phone and books. She also said that she was safe there "from very dark forces", visits were not possible.

The State Security is investigating the lawyer for public incitement to commit crimes. She had called for the Corona rules not to be observed any longer. She also called for nationwide demonstrations against the Corona restrictions. Her Internet site had been temporarily shut down.

This is where it's going, been-there and torus. In fact, this is where communist Jew Jersey has been for decades, although it's been more 'white woman attacked by black men/jews/mafiosa et al' is crazy for questioning the anti-white/anglo state's 'rules.' Any anglo female reporting systemic violence against her by blacks and jews and roman catholics (the most powerful triad of anti-anglo entities in the state) is committed to a psychiatric institution if she's not rich or connected. Working class whites in general don't do well, but what the communist alliance does to the white woman is simply beyond.

The different thing about this woman is that she's supposedly an attorney and theoretically of some means, and she is being gulaged by Germany which has not traditionally hated women. But jews have taken total occupation of the country, and the western world in general.

Reporting black men harassing you under the aegis of italians and jews in counties like Essex (home of the Kushner family) in some working class job was literally grounds for being 'diagnosed' 'mentally ill.' 'Bipolar' is the fake 'disease' that doesn't exist in reality (manic depression was re-named to blur the line between a specific genetic brain disease and a blurry undefined BS label that could be affixed to any poor or working class woman's name...the Jesuits in DC are also known to do this and used fake 'disease' like 'heresy' historically to pathologize women and dissidents) and it's probably the label they're giving her. If they're even bothering to do that. Germans historically believed in science and disease, so I don't know how such a pseudo science like psychiatry is going to go over as the cudgel to finish off any free culture that still exists.
Top

Right now I'm feeling overwhelmed by some personal (not me specifically) potential crisis relating to coronavirus (a family member is in the ER with a developing condition we've yet to ascertain) so I'm not able to address the specific claims about the german lawyer, but I will say that subverting due process and any kind of transparent government power is what the psych system is all about. In short, the psych system will lie practically reflexively and without any degree of conscience. They usually want the money from the state and taxpayers, or the insurance pool, and those in positions of power want the power as an end unto itself.

They're almost certainly lying wantonly about her. And no court process will be convened to catch them.
Top 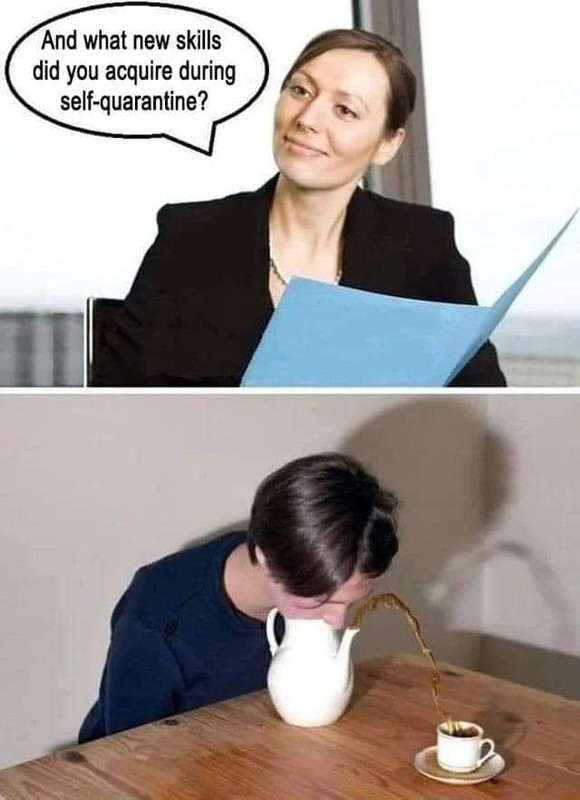 Does anyone really believe in psychiatry? Do people not see where this whole coronavirus propaganda campaign is going?

Psychiatry and even the medical field in general has always been a jew operation. There are good white european aspects of science and medicine, but psychiatry doesn't base its diagnoses on any science.

been-there is there some point to your comic above? I seriously don't get it.
Top

Freya wrote: ↑
Fri Apr 17, 2020 1:21 am
Does anyone really believe in psychiatry? Do people not see where this whole coronavirus propaganda campaign is going?

Psychiatry and even the medical field in general has always been a jew operation. There are good white european aspects of science and medicine, but psychiatry doesn't base its diagnoses on any science.

been-there is there some point to your comic above? I seriously don't get it.

No, Huntinger, psychiatrists don't use any science or biology to diagnose. NONE. They use some to create their pharmaceuticals but they don't actually use any for their diagnoses.
Top
Post Reply
212 posts