The RODOH Lounge is a place for general discussion, preferably non-Holocaust. The Lounge is only lightly moderated but please keep this a friendly place to chat with and get to know your fellow board participants.
Post Reply
534 posts

Look at her body language at "DIED..." Her overconfident swagger is inversely proportionate to the embarrassment she isn't feeling. It's as if she's seeking praise for showing some restraint in not naming the perp. "And y'all know who killed 'em right? That white Republican muddafukka in the White House..."

If she had a half empty 40 oz. bottle of whiskey in one hand and a cigar in the other, this would be tolerable and probably closer to reality.
Top

...although COVID-19 is new, coronavirus strains are not. What is never pointed out is that many who have been infected by other coronaviruses in the past have successfully built an immunity to closely related ones, such as COVID-19.
Multiple research groups in Europe and the US have shown that around 30% of the population was already immune to COVID-19 before the virus even arrived — a fact that government advisors continue to ignore.
In the UK, that equates to more than 20million people. Adding to this, the latest data reveals that 33.5% of the population has already been infected by COVID-19.
And once you then factor in that a tenth of the UK population is aged ten or under (and so therefore largely invulnerable), that leaves about 26.5% of people who are actually susceptible to being infected.
“That’s a far cry from [the UK gov’s] current prediction of 93%” writes Dr. Mike Yeadon, who has a degree in biochemistry and toxicology and a research-based PhD in respiratory pharmacology.

Dr. Yeadon goes on to contextualize the UK’s death toll, writing that the pandemic is being presented as “the biggest public health emergency in decades, when in fact mortality in 2020 so far ranks eighth out of the last 27 years. The death rate at present is also normal for the time of year — the number of respiratory deaths is actually low for late October,” he points out.

So, not only not only is this virus less dangerous than we are being led to believe, with almost three quarters of the population at no risk of infection, we’re actually very close to achieving herd immunity.

Echoing this reality is the Great Barrington Declaration, co-authored by three professors from Oxford, Harvard and Stanford universities — dismissed as ‘emphatically false’ by UK politicians, yet signed by more then 44,000 scientists, public health experts, and clinicians so far, including Nobel Prize winner Dr Michael Levitt.

“Current lockdown policies are producing devastating effects on short and long-term public health. The results (to name a few) include lower childhood vaccination rates, worsening cardiovascular disease outcomes, fewer cancer screenings and deteriorating mental health – leading to greater excess mortality in years to come, with the working class and younger members of society carrying the heaviest burden. Keeping students out of school is a grave injustice. Keeping these measures in place until a vaccine is available will cause irreparable damage, with the underprivileged disproportionately harmed”.

The scientists point out that vulnerability to death from COVID-19 is more than a thousand-fold higher in the old and infirm than the young:

“Indeed, for children, COVID-19 is less dangerous than many other harms, including influenza.
As immunity builds in the population, the risk of infection to all – including the vulnerable – falls. We know that all populations will eventually reach herd immunity – i.e. the point at which the rate of new infections is stable – and that this can be assisted by (but is not dependent upon) a vaccine. Our goal should therefore be to minimize mortality and social harm until we reach herd immunity. The most compassionate approach that balances the risks and benefits of reaching herd immunity, is to allow those who are at minimal risk of death to live their lives normally to build up immunity to the virus through natural infection, while better protecting those who are at highest risk”.

I urge you to read their declaration in full, here.

Governments are ignoring a formidable collective of respected scientific opinion and relying instead on their own deified, yet utterly incompetent advisers–advisers caught in the headlights, and too spineless to stand up for what’s right. In the words of Dr. Yeadon, “I have no confidence in Sage (the UK govt’s advisory body) — and neither should you — and I fear that, yet again, they’re about to force further decisions that we will look back on with deep regret”.

https://electroverse.net/44000-scientis ... dont-work/
"When people who are honestly mistaken learn the truth,
they either cease being mistaken
or they cease being honest"
-- Anonymous
Top

.
An evidence-based, scientific analysis of why masks are ineffective, unnecessary, and even harmful

[an excerpt]
...Advocates for mask mandates simply don’t have the highest-levels of scientific evidence to support their arguments. They can only cite low-level science - retrospective observational studies.

Evidence hierarchies are often applied in evidence-based practices and are integral to decision making in medicine and the practice of evidence-based medicine (EBM). The following is from the Wikipedia definition and description of this issue:

A hierarchy of evidence (or levels of evidence) is a heuristic used to rank the relative strength of results obtained from scientific research. There is broad agreement on the relative strength of large-scale, epidemiological studies. More than 80 different hierarchies have been proposed for assessing medical evidence.[1] The design of the study (such as a case report for an individual patient or a blinded randomized controlled trial) and the endpoints measured (such as survival or quality of life) affect the strength of the evidence. In clinical research, the best evidence for treatment efficacy is mainly from meta-analyses of randomized controlled trials (RCTs).[2][3] Typically, systematic reviews of completed, high-quality randomized controlled trials – such as those published by the Cochrane Collaboration – rank as the highest quality of evidence above observational studies, while expert opinion and anecdotal experience are at the bottom level of evidence quality.

Masks are Ineffective
We are all confused by the mixed messages we have received on mask wearing in the community, businesses, and schools. The issue has become tribal, divisive, and for most, confusing. However, I am not confused. I am fully informed on the scientific research related to masks. After reading this, you will be too. Then, you can make the best decisions for you and your family.

As you will learn from the material that follows, the evidence for and against masks should not be confusing. The evidence is clear, masks are ineffective, unnecessary, and harmful.

What's happening in the world today, including the misinformation surrounding community mask wearing, is about political agendas, symbolism, and fear, not science.

Mixed Messages from the Experts:
The CoVID-19 pandemic is about viral transmission. Surgical and cloth masks have repeatedly been shown to offer no benefit in the mitigation of transmission and infection caused by viruses like influenza and SARS-CoV-2. Which is exactly why they have never been recommended for use during the seasonal flu outbreak, epidemics, or previous pandemics.

The failure of the scientific literature to support medical masks for influenza and all other viruses, is also why Fauci, the US Surgeon General, the CDC, WHO, and pretty much every infectious disease expert stated that wearing masks won't prevent transmission of SARS CoV-2. Although the public health "authorities" flipped, flopped, and later changed their recommendations, the science did not change, nor did new science appear that supported the wearing of masks in public. In fact, the most recent systemic analysis once again confirms that masks are ineffective in preventing the transmission of viruses like CoVID-19: https://wwwnc.cdc.gov/eid/article/26/5/19-0994_article

If the scientific literature demonstrated that masks were effective, then why, early in the pandemic, did public health experts tell the public not to wear them?

I have heard multiple answers to this question and none of them are reasonable. Here are a couple of the explanations that fail to withstand reasonable scrutiny...


Read the full article here:
https://www.meehanmd.com/blog/2020-10-1 ... BtXAzoJTJE
"When people who are honestly mistaken learn the truth,
they either cease being mistaken
or they cease being honest"
-- Anonymous
Top 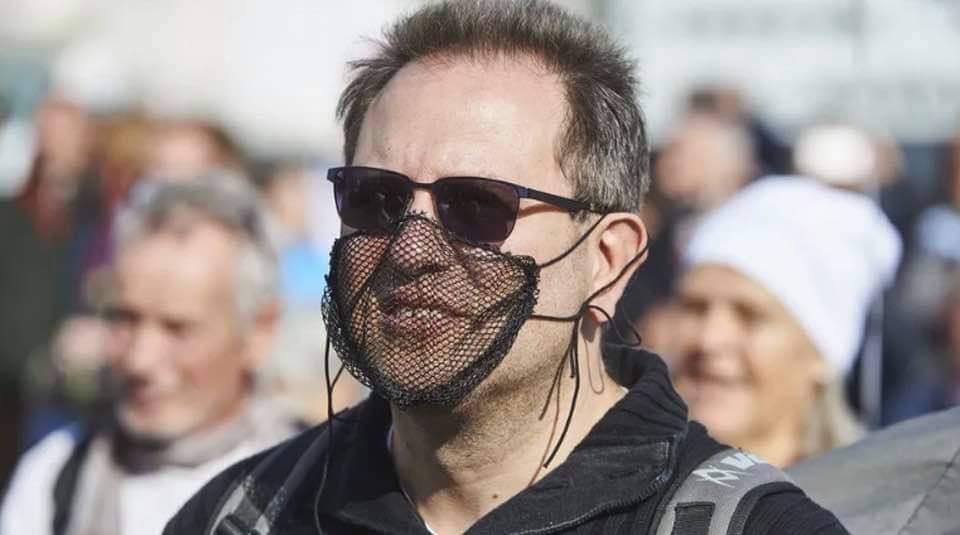 been-there wrote: ↑
Tue Sep 01, 2020 9:25 am
PEOPLE ARE LOOKING AT IT AS A COMPLETELY EXTERNAL THING.
“...I’m astonished at two things. One is the bellicose language used with respect to the virus, which does point to this desire to annihilate, which seems to me strange. Maybe it has something to do with coming from an eastern tradition, but I’d like to think it’s strange because we live with infectious diseases. We do accommodate infectious diseases into our social contract, really. We know that this is a threat we have to deal with.

The other interesting issue that I’ve suddenly realised with this particular threat, is that people are treating it like an external disaster, like a hurricane or a tsunami, as if you can batten down the hatches and it will be gone eventually. That is simply not correct. The epidemic is an ecological relationship that we have to manage between ourselves and the virus. But instead, people are looking at it as a completely external thing.

What’s disappointed me about the way this has been approached is it has been approached along a single axis, which, if you like, is a scientific one. Even within that context, you could argue that it’s too one-dimensional, so we’re not thinking about what’s happening with other infectious diseases or how many people are going to die of cancer.

That’s the axis of disease, but then there’s the socioeconomic axis, which has been ignored. But there’s a third, aesthetic access, which is about how we want to live our lives. We are closing ourselves off not just to the disease, but to other aspects of being human.”

https://youtu.be/nxrG4hW3q2s
"When people who are honestly mistaken learn the truth,
they either cease being mistaken
or they cease being honest"
-- Anonymous
Top

Top pathologist Dr. Roger Hodkinson told government officials in Alberta during a zoom conference call that the current coronavirus crisis is “the greatest hoax ever perpetrated on an unsuspecting public.”

Hodkinson’s comments were made during a discussion involving the Community and Public Services Committee and the clip was subsequently uploaded to YouTube.

Noting that he was also an expert in virology, Hodkinson pointed out that his role as CEO of a biotech company that manufactures COVID tests means, “I might know a little bit about all this.”

Or religion in general. But this is bigger than both of them.
Top

The Joos won't like their Shoah surpassed by Covid. 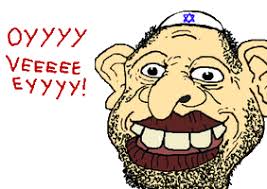 Trump's scorched-earth policy that could destroy economy on way out

The Trump administration is pulling the plug on emergency Federal Reserve lending programs set up to help the US weather the coronavirus shock, leading to fears it's pursuing a scorched-earth policy on its way out of power.

US Treasury Secretary Steven Mnuchin said he won't roll over several key powers that allow the Federal Reserve to operate lending programs, and asked it to return some US$455 billion in unused funding.

President-elect Joe Biden will appoint a new Treasury secretary who will be able to authorise the programs, but this won't be doable until late January at the earliest. And since the seed money came from Congress - which is likely to be controlled by Republicans unlikely to approve of any big spend by Biden - he won't be able to reimplement the programs.