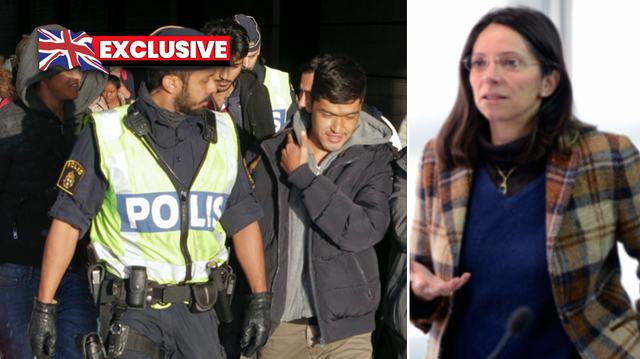 BY ANGELA EAGLEHEART – EDITOR AT LARGE

A SWEDISH researcher who claimed that 98% of gang rapes in Sweden were committed by non-Europeans says she faced intimidation by a former contributor from a group partly funded by George Soros, Politicalite on Sunday can exclusively reveal.

Bilyana Martinovski, a former Stockholm University lecturer whose expertise is in artificial intelligence (AI), also states the worrying fact that only 5% of these gang rapists are convicted and sent to prison for their crime in Sweden.

Bilyana was conducting a study idea of incorporating virtual AI technology to help rape victims as it does presently for soldiers with Post Traumatic Stress Disorder (PTSD).

She asked every district court on the statistics for rape, gang rape, aggravated rape and over a five-year period was stunned to find “5% of the reported gang rapes got convicted, in most cases they were dropped on the pre-investigation stage,” said Professor Martinovski. 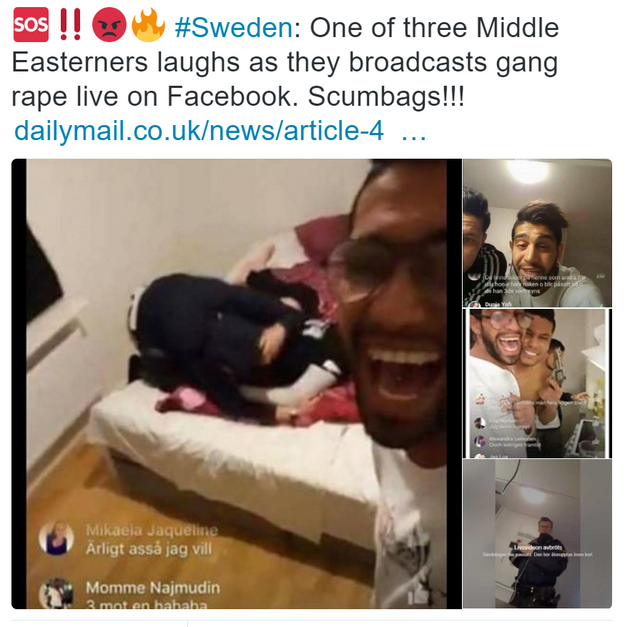 The reason behind the lack of convictions claims Bilyana is that there is not enough room in prisons to put them. “If there are over 8000 reported gang/rapists per year in Sweden, this would mean that at least 7500 walk with impunity amongst us.”

She added that the convicted gang/rapists “got ridiculously low penalties at great cost to society.”

She stumbled across a website called Gang Rape Sweden that detailed statistics correlating with official figures too. This has been archived and hard to find purposely to cover up the problem according to claims.

Speaking exclusively to Politicalite Bilyana Martinovski said: “The Swedish National Council for Crime Prevention (BRÅ), which is supposed to offer official statistics, continues to refuse to provide crime statistics based on origin of perpetrator and victim.”

The reasons for the cover up are organised by financial sharks in the EU who aim to destroy European societies. “They want centralised power but their methodology is so brutal and inhumane that it defeats the purpose” says Bilyana.

She also claims that: “Europeans agreed on open borders between Europeans in order to stimulate culture and cooperation. They did not agree to have open borders to continents the EU is at war with and who aim to destroy European society’s spirit, culture and identity.”

Bilyana also claims that she has been persecuted, criminalised and doxed by ‘left-wing’ groups and people who shore up what she describes as the migrant system.

“I checked and validated gang rape statistics in 2017 and got career assassinated, monitored and persecuted for it.”

Martinovski claims she was flung out of Stockholm University because a left wing democracy activist, Kajsa Klein, who has previously contributed to Open Democracy, that is partly funded by the billionaire philanthropist George Soros – but a source told Politicalite that Klein has no links to the group. 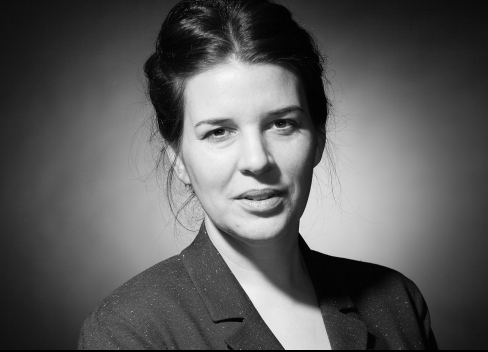 Bilyana claims that Klein wrote emails and informed the head professor of her tweets on the problem of the migrant rape gangs.

“The [sic] activist expected me to commit suicide when she wrote to my employers false defamation letters, forcing them to career assassinate me,” claims Bilyana.

“It even went as far in trying to get Martinovski kicked out of her apartment a year later!”

“But as Bilyana went on holiday in October to recuperate from all the stress, she came back into the airport and five policemen were waiting in two cars and a van outside to arrest her.”

“They took me in as a terrorist. They searched me, my breasts, as if I were a dead body,” she explains. “They were very aggressive.”

When she got to the station she found out she was getting charged with a civil matter for slander against Kajsa Klein.

“She had given me a false identity as a right-wing extremist running a hate group because I retweeted a US gang rape website with statistics that she wanted shut down.”

A court date has still to be decided and Bilyana said that this has opened her eyes on the left wing agenda and she wants to world to know, so came to Politicalite to highlight that gang rapes are going on throughout Europe.

She says: “It feels great to know and find out the truth. To witness the fake news function presented even as science, fake science. The Professor hopes to one day study.

“Dictatorships like the one in Sweden. How leftists trigger right wing policies.” She states it is like a cycle that perpetuates and wonders why?

Werd:
No offense but are you really that fucking stupid, lady? IF LEFTISTS DON'T ENFORCE BORDERS AND STAND UP FOR LIBERAL PRINCIPLES SUCH AS WOMEN'S RIGHTS, ATHEISTS RIGHT, AND THE NON MURDER OF HOMOSEXUALS, AND ACTUAL REPRESENTATIVE DEMOCRACY, THEN SOCIETY WILL GO TO RUIN THUS FORCING THE OFTEN TIMES MISOGYNIST RIGHT TO COME IN AND FIX SOCIETY! You can't open your borders to just anyone, cover up Muslim rape at the same rate OR EVEN STRONGER RATE, they try to expose white on white rape, and then HYPOCRITICALLY cry racist when your liberal utopia DOESN'T WORK OUT! Most on the right have been browbeaten into accepting that women need access to abortion and birth control due to white on white rape and incest. The right was very quiet when women only cared about themselves and their daughters. BUT NOW WHEN THE LEFT PUSHES FOR POLICIES THAT GET MORE WHITE WOMEN RAPED THAN EVER BEFORE, THEY APPEAR OUT OF TOUCH WITH REALITY AND THUS COMES THE NEED FOR A RESURGENCE OF THE RIGHT. WHITE GENTILE LIBERAL FEMINISTS, YOU DID THIS TO YOURSELVES. YOU LET THE JEWS INTO YOUR FEMINISM TO BROWBEAT YOU AND YOU FELLOW GENTILES WITH THE HOLOCAUST GUILT AND YOU PARTICIPATED IN THE LIE THAT CONSERVATIVE = FASCIST WHEREBY THE ONLY WAY YOU COULD EASE YOUR GENTILE CONSCIENCE WAS TO WILLINGLY BECOME A MINORITY IN YOUR OWN LAND WHEN YOU HAD NO OBLIGATION TO DO SO!

She claims that Soros funds entire universities, especially in ex-socialist countries, and claims that ‘billions are used’ to shape the world he prefers, even if that means rape gangs are a consequence.

“The gang rapes are sadistic and extremely brutal torture” adds Bilyana. “The government did not want to let it be known that it is widespread and a systematic form of terrorism. Then people will oppose the globalist liberal plans.”

Professor Martinovski fears for the future living in Sweden and the prospect she will ever get to work in a university again, she explains “I am not status oriented and if I was I would have committed suicide a long time ago.”

She did not know right-wing activist Tommy Robinson either until she started the research into gang rapes. “It is good to know how loved Tommy is in the UK” she added.