The RODOH Lounge is a place for general discussion, preferably non-Holocaust. The Lounge is only lightly moderated but please keep this a friendly place to chat with and get to know your fellow board participants.
Post Reply
19 posts

Those who are Aryan can only love one of their own kind, it is impossible to love other races; this includes deep friendship and future aspirations. Inter-speciation is the same as inter-race and is not an option; In our world people are free to chose their own loves and hopes for the future and kin, including extended families.

What counts is not so much DNA or Genotype but the expression of cultural respect and appreciation of differences. We can all "bend the knee" in deep respect of different cultures.
Jude are different, they are a dissimilar species with cultural differences to the point of sidelining themselves; this is not an issue until the point when they are given authority the innate nature comes out to the detriment of others and eventually themselves.

Juden are not us, they are "the others"; while we all have Neanderthaler genes, in us they are switched in different combinations. Juden is all aspects are still Habiru the scourge of the Egyptians 4500 years ago.

There is a difference between respect and integration. With Jude neither is possible.
Meide den Juden

And what of all those filthy Goyim at the NYT?
http://www.renegadetribune.com/nyt-says ... too-white/

"We need refugees to fill the void of cultural diversity in towns that are too white."
Top

"You are the most despicable and criminal Chancellor the German people have ever had to endure. You brought the German people terror, war, poverty and death by deliberately and illegally importing illegal migrants into the country, hundreds of thousands of mercenaries, terrorists and other die-hard criminals."
Last edited by torus9 on Sat Nov 09, 2019 9:58 am, edited 1 time in total.
Top

That being said, try living in Toronto and not "mix" with Somalis, Eritreans, Ugandans, Lebanese, Pakistani, Asian, etc. My "mixing" comes in the form of business, period. Your race is irrelevant to me as I view everyone as a means to an end - revenue. However, I exert greater caution when walking in certain parts of Toronto than others. The areas of caution typically do not involve Vikings, kilts, wooden clogs, coo-coo clocks, if you catch my drift.

But you refer to the "BIG MIX" of procreation. Were I foolish enough to procreate it would most definitely be with a white woman. PERIOD.
Top

"We need refugees to fill the void of cultural diversity in towns that are too white."

Wow!
The mono‘ethnicity' of the New York Times is a shocker. No wonder it is referred to as the ‘Jew York Times’.
"When people who are honestly mistaken learn the truth,
they either cease being mistaken
or they cease being honest"
-- Anonymous
Top

"We need refugees to fill the void of cultural diversity in towns that are too white."

Wow!
The mono‘ethnicity' of the New York Times is a shocker. No wonder it is referred to as the ‘Jew York Times’.

Free enterprise is one thing, but in the sacred name of "diversity" that they enshrine - one could say it's "too Jewish". But alas, that would be "hateful".
Top

In a nutshell this video explains the hoax and the ramification. This includes evidence that Juden wish to be at the centre of profound political and social change.

In the section titled “Account Suspension & Termination” with the subheader “Terminations by YouTube for Service Changes,” the site’s new terms, which are set to take effect on Dec. 10, adds the following:

“YouTube may terminate your access, or your Google account’s access to all or part of the Service if YouTube believes, in its sole discretion, that provision of the Service to you is no longer commercially viable.”

.
Here is an interesting example of someone applying the opposite of 'multi-culturalism' and in the process successfully achieving peace and prosperity in a region of India almost exactly two hundred years ago. 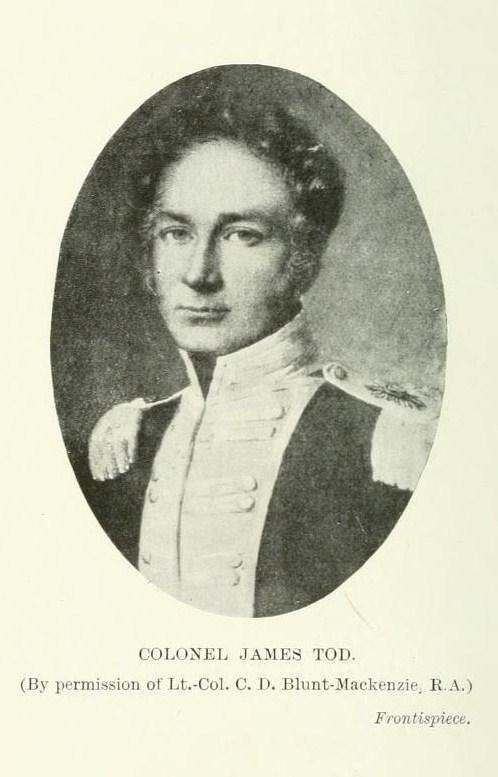 Lieutenant-Colonel James Tod (20 March 1782 – 18 November 1835) was an officer of the British East India Company and an Oriental scholar. He combined his official role and his amateur interests to create a series of works about the history and geography of India, and in particular the area then known as Rajputana that corresponds to the present day state of Rajasthan,

In 1818 he was appointed Political Agent for various states of western Rajputana, in the northwest of India, where the British East India Company had come to amicable arrangements with the Rajput rulers in order to exert indirect control over the area.
‘Clothed with this ample authority, he applied himself to the arduous task of endeavouring to repair the ravages of foreign invaders who still lingered in some of the fortresses, to heal the deeper wounds inflicted by intestine feuds, and to reconstruct the framework of society in the disorganised states of Rajasthan’.

Tod continued his surveying work in this physically-challenging, arid and mountainous area. His responsibilities were extended quickly: initially involving himself with the regions of Mewar, Kota, Sirohi and Bundi, he soon added Marwar to his portfolio and in 1821 was also given responsibility for Jaisalmer. These areas were considered a strategic buffer zone against Russian advances from the north which, it was feared, might result in a move into India via the Khyber Pass.

Tod believed that to achieve cohesion it was necessary that the Rajput states should contain only Rajput people, with all others being expelled. This would assist in achieving stability in the areas, thus limiting the likelihood of the inhabitants being influenced by outside forces. According to Ramya Sreenivasan, a researcher of religion and caste in early modern Rajasthan and of colonialism, Tod's "transfers of territory between various chiefs and princes helped to create territorially consolidated states and 'routinised' political hierarchies."

His successes were plentiful and the Oxford Dictionary of National Biography notes that Tod was so successful in his efforts to restore peace and confidence that within less than a year some 300 deserted towns and villages were repeopled, trade revived, and, in spite of the abolition of transit duties and the reduction of frontier customs, the state revenue had reached an unprecedented amount. During the next five years Tod earned the respect of the chiefs and people, and was able to rescue more than one princely family, including that of the ranas of Udaipur, from the destitution to which they had been reduced by Maratha raiders.

"When people who are honestly mistaken learn the truth,
they either cease being mistaken
or they cease being honest"
-- Anonymous
Top
Post Reply
19 posts