The RODOH Lounge is a place for general discussion, preferably non-Holocaust. The Lounge is only lightly moderated but please keep this a friendly place to chat with and get to know your fellow board participants.
Post Reply
56 posts

.
The following official statements represent the signs of a deeply delusional, oppressive and corrupt system.

In August of last year the German Federal Constitutional Court rejected Ursula Haverbeck's appeal against her conviction, ruling that her activities are not covered by a constitutional guarantee of freedom of expression.

It said in its ruling that knowingly spreading proven falsehoods “cannot contribute to forming opinions and as such is not covered by the freedom of opinion”.
It found that asking ANY critical questions of the narrative claiming a Nazi genocide of five to six million Jews constitutes “disturbing the public peace”.

Anyone can write to support and encourage Ursula at the following address:


Write to Gerd at the following address:


Write to Jez Turner at the following address:

I would classify these people as Prisoner's of conscience (not political prisoners).

Their 'crime' is not political but of opinion only.
They are being persecuted for a thought crime.


“Prisoners of conscience are persons imprisoned for the peaceful expression of their political, religious, or other conscientiously held beliefs, or for their identity, even though they have neither used nor advocated violence.”

How about "religious beliefs?" Where do they fit in?

For a fuller understanding of the current sorry state of post war Germany's legal system I recommend this book by Hans Schmidt. As a young lad Hans was a member of The Leibstandarte SS Adolf Hitler. After the war he became an American citizen and during a visit to Germany in the early 90s he was arrested and thrown into one of the worst prisons in Germany. His crime was excercising his First Amendment rights in America. In other words he had not actually committed a crime but still found himself behind bars. 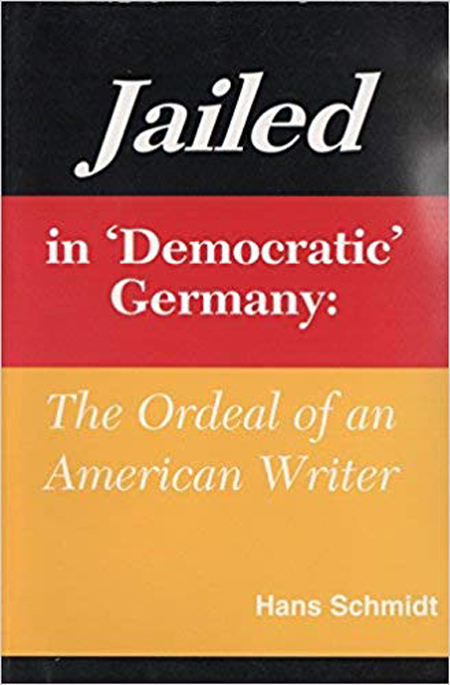 He heh. Yes. If the “ruling” is that publically questioning an institutionalised and protected belief system is “knowingly spreading proven falsehoods” and constitutes “disturbing the public peace” then preaching virgin births, physical resurrections, bifurcations of the moon, travelling thousands of kms in seconds on a winged horse, etc., what is that?
"When people who are honestly mistaken learn the truth,
they either cease being mistaken
or they cease being honest"
-- Anonymous
Top

Re: Free Speech and the persecution of Ursula Haverbeck

Just weeks after finishing a two and a half year prison sentence for “Holocaust denial,” 92-year-old Ursula Haverbeck has been convicted again by German courts, this time for an interview she gave in 2018 that affirmed her view that Jews were not systematically killed during World War II and that the gas chambers at Auschwitz are a politically motivated lie.

If the federal court’s sentence of one year in Haverbeck’s newest case holds up, Germany will have the dubious distinction of imprisoning the oldest female inmate in the world, a title previously held by American Lucille Keppen, who was incarcerated for shooting her neighbor and was released at age 93.

The German government has been dragging Haverbeck to court for decades for disputing Jewish claims of gas chambers and systematic murder. Haverbeck has famously protested the kangaroo courts that humiliate and defame elderly war veterans using bogus testimony from “survivors.” Haverbeck’s late husband, Werner Georg Haverbeck, was an influential NSDAP member who himself objected to the blood libel against the German people known as die Auschwitz luge (the Auschwitz lie).

The BRD’s legal system has been ruthless with Haverbeck. The nonagenarian, who is a prisoner of conscience, was denied release after serving 2/3 of her prison sentence as is customary in Germany. While the state freed 1,000 offenders early due to COVID last March, Haverbeck was only let out in mid-November.

There is no sign of shame or human rights concerns in the country, with the judge in the latest case stressing that Haverbeck will continue to be punished until she learns to keep her mouth shut. One can only imagine the outcry from liberal NGOs if Iran, China or Russia imprisoned an elderly woman just for questioning the government’s line.

Haverbeck’s powerful spirit has become an inspiration for patriots in Germany and around the world. In 2019, she ran as a European parliamentary candidate from behind bars and received 25,000 votes, which was highly upsetting to the European media establishment. Every year on her birthday, hundreds of Germans rallied outside her detention center demanding her release.

Intellectuals and activists across Europe, the Americas and Japan have expressed dismay over her mistreatment and the lack of freedom in the land that claims to be a “democracy.” At JVA Bielefeld, where Haverbeck was housed, prison officials struggled to process the avalanche of letters and flowers their famous prisoner received throughout her sentence.

For Germany’s oldest prisoner, it’s clear that she will not cower before the wrath of the Jewish groups directing careerist bureaucrats. It’s in the German state’s reputational interest to stop tormenting Haverbeck, yet the West’s religious fear of debate over what occurred during the Second World War continues to take precedent over all other concerns.

Re: Free Speech and the persecution of Ursula Haverbeck

... I have received a letter from the brave campaigner from Truth in History, Ursula Haverbeck. Ursula expresses her astonishment and thanks for the amazing number of letters and cards of support that she receives from Britain and from France, and indeed from the whole world.

Let me repeat here, that letters and cards of support are a God-send to every brave and honourable patriot locked up in a narrow prison cell mixed in together with anti-social types and criminals, and isolated from the world and friendly faces — that’s prison...

All the more reason to send a friendly, cheerful card or letter, (which does not have to bear the address of the sender) to our brave Ursula:

The accusation that the Germans allegedly murdered 6 million Jews during a brief two and a half year period in World War II is tantamount to a “blood libel,” and these false accusations have never been allowed to be publicly debated or refuted by the accused Germans...

Ursula Haverbeck has decided to do just that: defend the German people against this false blood libel.

As you can see below from watching the “offensive” and “illegal” interview with Ursula Haverbeck which landed her in prison, she can prove every single fact she brings up with documented proof that would indeed stand up in court and would be accepted by any credible historian of World War II.

"When people who are honestly mistaken learn the truth,
they either cease being mistaken
or they cease being honest"
-- Anonymous
Top
Post Reply
56 posts