The RODOH Lounge is a place for general discussion, preferably non-Holocaust. The Lounge is only lightly moderated but please keep this a friendly place to chat with and get to know your fellow board participants.
Post Reply
481 posts

.
Article on Jewish censorship including censorship of details of the corruption of Joe Biden and his family.

This is reminiscent of media omission on Palestine, and the previous cancelling of one of the most famous journalists of the twentieth century, who was erased from history when she began to tell Americans about Palestinians… And the efforts to suppress Grace Halsell’s 1970s exposé on Israeli torture…

Glenn Greenwald
The latest casualty of the censorship has been Glenn Greenwald, the Pulitzer Prize winning journalist who resigned from the news organization he founded, when its editors insisted on censoring his article on Biden. (See the details here and here.)

The only thing I would add to their strong interview would be to note that the New York Times and other media – including “alternative media” (e.g. see this and this) – have a long long record of failing to cover important information about Israel-Palestine.

Dorothy Thompson
...According to the Britannica encyclopedia, Dorothy Thompson was “one of the most famous journalists of the twentieth century.” And yet, well before the end of the 20th century, she was “erased from history,” in the words of her biographer, because of her reporting on Palestine. Today she is virtually unknown.

...The article doesn’t mention Thompson’s reporting on what some call the “Palestinian holocaust,” and the fact that Israel partisans then worked to destroy her livelihood because of it. As Thompson wrote, there was a ruthless campaign against her of “career assassination and character assassination.” 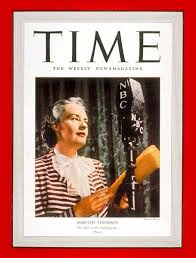 She had a column that was syndicated worldwide, reaching 9 million readers through 170 newspapers, and was the highest paid lecturer in the United States. Time magazine put her on the cover in 1939 and said that apart from Eleanor Roosevelt she was the most influential woman in the United States.
Despite her unprecedented renown, after Thompson traveled to Palestine and began to write and speak about that issue, Israel advocates turned on her, using their power to end her career. One by one, major media outlets canceled her. Today, when there are women’s studies departments around the country and frequent focus on women’s rights, very few have heard about the journalist who for many years was the most famous woman journalist in America. 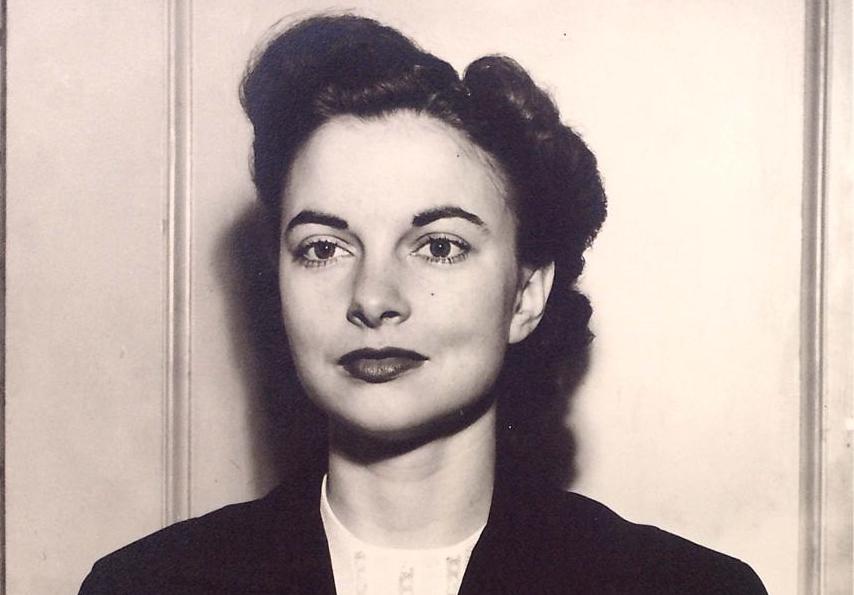 A preeminent journalist who had authored several acclaimed books on diverse social issues, Halsell travelled to Israel in 1980 and wrote a powerful and moving book about what she found there – including Israel’s torture of Palestinians.
She later reported about the media censorship she encountered when she tried to get the information to the American public:

“On a trip to Washington, DC, I hand-delivered a letter to Frank Mankiewicz, then head of the public radio station WETA. I explained I had taped interviews with Palestinians who had been brutally tortured. And I’d make them available to him. I got no reply. I made several phone calls. Eventually I was put through to a public relations person, a Ms. Cohen, who said my letter had been lost. I wrote again. In time I began to realize what I hadn’t known: had it been Jews who were strung up and tortured, it would be news. But interviews with tortured Arabs were “lost” at WETA.”

Cancel culture began long ago, and was largely overlooked as Israel continued its ruthless ethnic cleansing project and daily violence against Palestinians.

Now the media censors are coming for others…

Below are four articles by Greenwald and Taibbi about the recent pro-Biden censorship:

Go here to read the censored articles on Joe Biden that Alison is discussing https://israelpalestinenews.org/hedges- ... 0ctQHpWers
"When people who are honestly mistaken learn the truth,
they either cease being mistaken
or they cease being honest"
-- Anonymous
Top