The RODOH Lounge is a place for general discussion, preferably non-Holocaust. The Lounge is only lightly moderated but please keep this a friendly place to chat with and get to know your fellow board participants.
Post Reply
507 posts

The above is a link to a video exposing the Jewish, world-wide, pro-Israeli campaign to spread misinformation and troll social media and discussion forums.
"When people who are honestly mistaken learn the truth,
they either cease being mistaken
or they cease being honest"
-- Anonymous
Top

°
I could have posted this under the heading of ‘the big lie —people coming out of it’, as this demonstrates that World Jewry are feeling the need to combat the rise of people becoming aware of the deceits, exaggerations and impossibilities contained in the legally protected holocaust narrative.

But I put the ‘news story’ here as it is more about an internationally orchestrated Jewish policy of misinformation:

Facebook users searching for information about the Holocaust in 12 languages, including German, Arabic and Chinese, will now be directed to authoritative [biased] information on an educational [a Jewish created] website.

The initiative was first launched on January 27, International Holocaust Remembrance Day, for social media users searching in English for terms associated with the Holocaust and the denial [revision] of it. Upon typing any related search terms, Facebook users are prompted to visit AboutHolocaust.org to learn about the history of the Holocaust.

As of today, users searching in Arabic, French, Polish, Russian and Spanish for Holocaust-related terms will be prompted to visit the site. Later this month, the education initiative will also be available in Chinese, Farsi, German, Hebrew, Hungarian and Portuguese, while Facebook may add more languages at a later stage.

The site was developed by the World Jewish Congress together with UNESCO, the United Nation’s education, scientific and cultural organization. It provides visitors with facts [deceit-by-omission propaganda] about the genocide of European Jewry and the mass killings of other national, ethnic, political groups by Nazi Germany and its accomplices during World War II. The online tool also includes easy to read testimonies from survivors, to counter misinformation circulating across social media and other online forums.

Jordana Cutler, Facebook’s Public Policy Director for Israel and the Jewish Diaspora, said, “During this time of rising antisemitism, I am proud that Facebook partnered with the World Jewish Congress (WJC) and UNESCO to ensure that people around the world will be directed to credible information about the Holocaust and hear survivors’ stories. 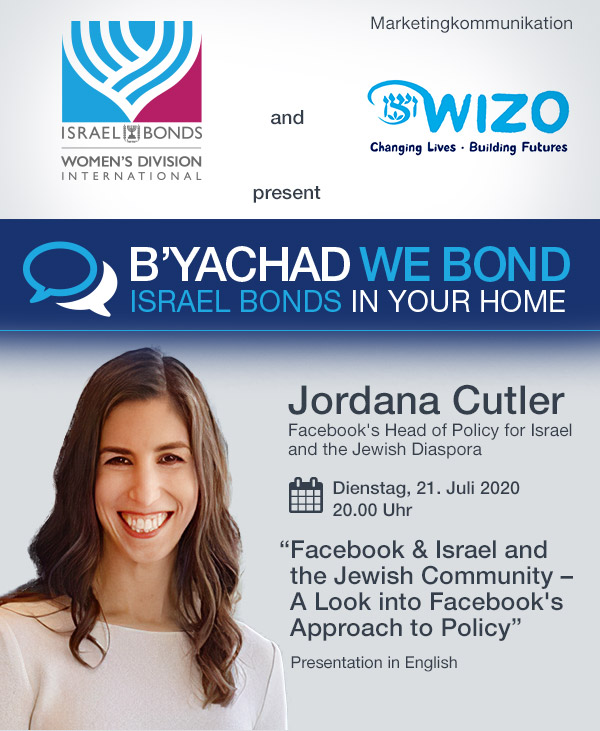 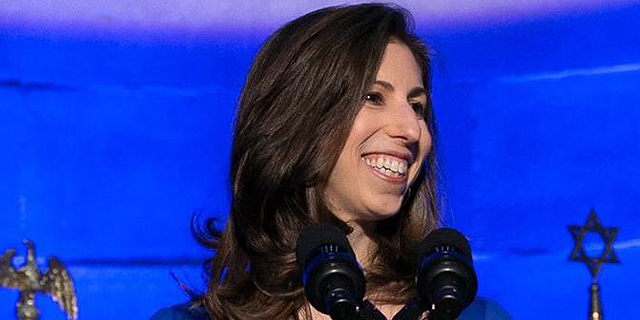 well done facebooks. but i finks it more funs letting the denier twats read their own shit from the cranky sites and books they use, and then see them get smashed to rah-tee (jamaican patio stylee language - rah-ty as in rasclart) by the intelligentsia on heres when they post fings like -


Duhhh! theres couldnts be an holocosts cos of da swimming pools

AirfixGeneral wrote: ↑22 Jul 2021, 13:01 well done facebooks. but i finks it more funs letting the denier twats read their own shit from the cranky sites and books they use, and then see them get smashed to rah-tee (jamaican patio stylee language - rah-ty as in rasclart) by the intelligentsia on heres when they post fings like -


Duhhh! theres couldnts be an holocosts cos of da swimming pools

And the documents.
Top

°
A Jewish newspaper, called THE JEWISH CHRONiCLE was judged to be lying and spreading false info to smear people it has perceived as opponents of their Jewish zionist interests.
And in this report it is alleged that this particular Jewish newspaper has spread lies and smears against individuals it has targeted, many times before.


In our issue of 12 March, we reported that Marc Wadsworth had spoken at the launch event for the ‘Labour in Exile Network’ (LIEN), a group that aimed to discover the addresses of Jewish Labour activists to “take care” of them, and that he was thereby complicit in a conspiracy to intimidate, threaten or harass Jewish activists into silence. We also suggested that there were reasonable grounds to suspect that such activities were criminal. Our story was wrong. Mr Wadsworth did not speak or even attend the online event. Mr Wadsworth is not a member of LIEN and we accept that he has not been involved in any of the group’s activities. We apologise to Mr Wadsworth for our error and have agreed to pay damages to him.

A long line of misdemeanours
But as SKWAWKBOX reported, this is not the first time the Jewish Chronicle has lost legal a legal case.
It noted that Wadsworth’s case was:


...the latest in a string of untrue claims for which the Chronicle has had to pay damages and/or apologise – including significant compensation for a ‘litany of lies’ against Liverpool pensioner Audrey White, accusations of antisemitism against a Muslim woman councillor and ‘utterly untrue’ allegations of terrorism against a Palestinian aid charity. The paper was also heavily criticised by ‘regulator’ IPSO for its articles about Ms White and for its failure to cooperate with IPSO’s investigation.

Here is another example of collective Jewish attempts to lie, deceive and alter known facts of history.

There is currently an ongoing, decades-old, Jewish-orchestrated campaign to deceive the general public into thinking that a convicted sexual predator Leo Frank was really an innocent Jew, wrongfully convicted for the rape and murder of a 13 year old employee of his, Mary Phagan in 1913.

Videos perpetuating this clear deception have been created to ‘aid’ school-teachers in how to present this deceit to their students.

Plays, musicals and films have been created to deceive mass-opinion and falsely exonerate the convicted murderer.

The Jewish-orchestrated campaign of deception is attempting to rewrite history by falsely claiming that widespread European-American anti-Semitism in the State of Georgia and South in general led to the wrongful conviction and lynching of an innocent man purely because he was Jewish.

These people are going “to the most extreme lengths to defend and rehabilitate a Jewish serial pedophile, even if it means making bald faced lies, omitting facts and falsifying official U.S. legal records”.

Jewish-owned Youtube is currently permitting many videos promulgating this deception, whilst suppressing videos that more honestly describe the case.

An attempt appears to be being made to rewrite the factual history to make this into an American ‘Dreyfus’ case.

Leo Frank was President of B’nai B’rith the Jewish organisation that in 1913 created the deceitfully named Anti-Defamation League in response to the Leo Frank case.

It claims to exist to combat anti-Semitism and racism, but in reality is a cover to further Jewish perceived self-interests.

Proof of that is its attempt to falsely rewrite the facts of the rape and murder of a 13 year old girl and to get Leo Frank posthumously pardoned of his just conviction. It is doing that by falsely transferring guilt to an innocent black afro-American. Something that Frank’s wealthy Jewish supporters did at the time of his trial by bribing witnesses and paying detective agencies to create and ‘find’ forged evidence. 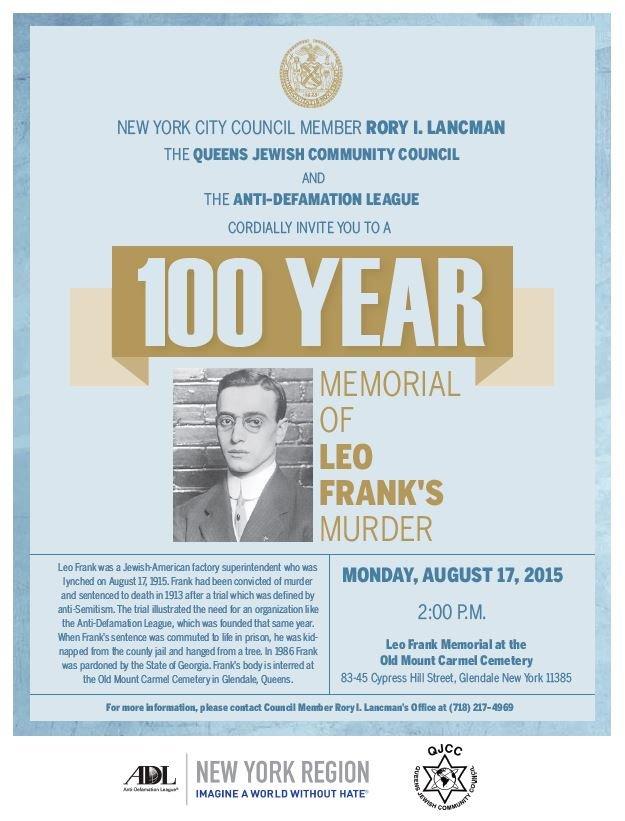 Today Leo Frank’s innocence, and his status as a victim of anti-Semitism, are almost taken for granted. But are these current attitudes based on the facts of the case, or are they based on a propaganda campaign that began 100 years ago? Let’s look at the facts.
https://littlemaryphagan.com/100-reason ... is-guilty/

IN 1983 — 70 years after the conviction of sex killer and Atlanta B’nai B’rith president Leo Max Frank for the murder of Mary Phagan — lawyers associated with the Jewish Anti-Defamation League (ADL), the Atlanta Jewish Federation and the American Jewish Committee tried to obtain a pardon for Frank.
https://www.leofrank.org/30-years-later ... leo-frank/

An Israeli company that sells spyware to governments is linked to fake Black Lives Matter and Amnesty International websites that are used to hack targets, according to a new report.

Researchers from the Citizen Lab at the University of Toronto, who worked with Microsoft, issued a report on Thursday about the potential targets of Candiru, a Tel Aviv-based firm marketing “untraceable” spyware that can infect and monitor computers and phones.

One way the company’s spyware allegedly infects targets is through web domains, and the researchers found that the firm’s software was associated with URLs masquerading as NGOs, women’s rights advocates, activist groups, health organisations and news media.

https://www.theguardian.com/technology/ ... ves-matter
"When people who are honestly mistaken learn the truth,
they either cease being mistaken
or they cease being honest"
-- Anonymous
Top
Post Reply
507 posts