This board is open for all subject matters. Post information and discussion materials about open-debate and censorship on other boards (including this one) here. Memory Hole 2 is a RODOH subforum for alternate perspectives.
Post Reply
26 posts

Charles Traynor wrote: ↑
Mon Oct 19, 2020 3:29 pm
As a European I am wondering how many normies in America know about this story. How severe is the censorship?

As a fellow-European, I am also wondering that.
Because my Instagram feed is suddenly full everyday with anti-Trump stories that I have no interest in, from Instagram users that I do not follow.

I wonder if this is happening to every other Instagram user?

The whole situation is insane.
Kitty Hart-Moxon (1998): "Believe me, I came into Auschwitz in a much worse condition than I actually left it."
Top 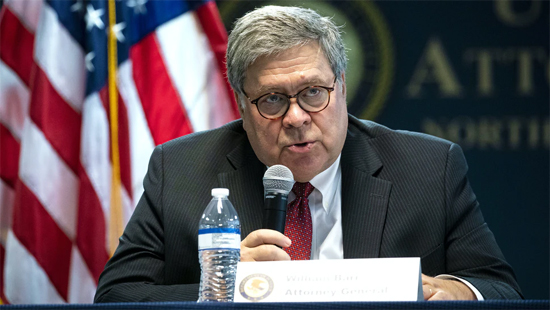 In a letter released Monday morning, eleven Members of Congress urged Barr to initiate an investigation into whether the younger Biden used his father, Joe Biden’s, position as Vice President to gain the upper hand in international business deals. The Post story, as The Daily Wire reported last week, claims that emails, found on a computer allegedly belonging to Hunter Biden, substantiate such allegations.

The story remains controversial, with Democrats and other left-leaning activists suggesting, over the weekend, that the laptop — and subsequent stories about its contents — were planted by Russians, intent on upending the 2020 presidential campaign through the spread of misinformation.

Although the story has yet to be confirmed, the Director of National Intelligence, John Ratcliffe, did say, Monday morning, that there is no evidence to suggest the story is part of a “disinformation campaign.”

It's them dirty Rooshians again. I tell ya', it's the Rooshians wot done it. Putin and that computer guy are just setting up a smear campaign against the Bidens. Hunter may have a little addiction problem but no way is he a crook. So there!
Top 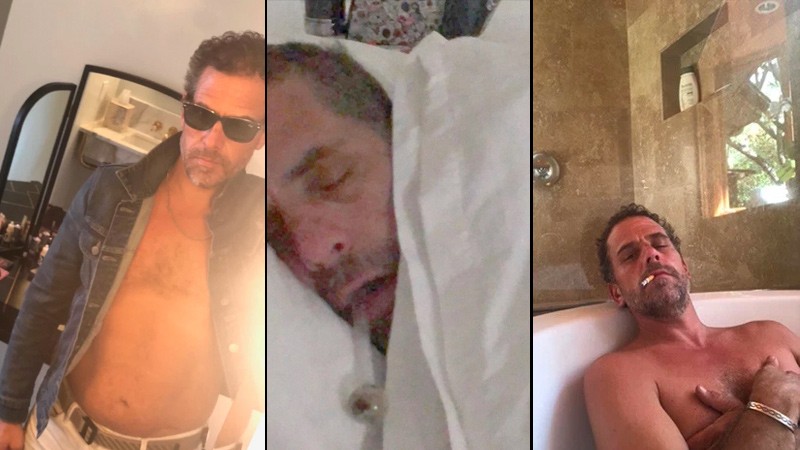 
This is Russian election meddling according to StatMech of the Skeptics Forum.

"Hunter"...that's a fine name, for a dog. I wonder if Biden licks his own nuts as well.
Top

I am not really plugged into Pleb-tier media but it seems to me that there is just about zero coverage of the Hunter Biden scandal. And nobody seems to care that the candidate has dementia. Sad.

I found it funny that Hunter Biden was commissioned as an U.S. Navy officer with a waiver but was then kicked out after only a month for failing his drug testing. He made some excuse about accidentally smoking crack. Trump said he was Dishonorably Discharged; in fact, Hunter got an Administrative Discharge, which is a discharge a little less severe than a Dishonorable Discharge.

In the debate with Trump, Joe Biden tried to deflect to his other boy, Beau, who served in the Navy honorably and then died of cancer. But the fact is─Yes or No, Senator─Hunter Biden did not get an Honorable Discharge. Joe Biden making excuses for him is pretty revealing.

The contents of Hunter Bidon’s laptop are currently being leaked. It appears the Bidon crime family are owned by the Chinese Communist Party. There are a couple of interesting videos about the financial web that connects them and a massive loan to Hunter Bidon by a state owned bank.

You can find the videos here: https://gnews.org/

Barry and Michael Obama won’t be happy one of their adopted children gets a mention in one of the videos which shows Malia’s credit card was used to cut lines of coke. 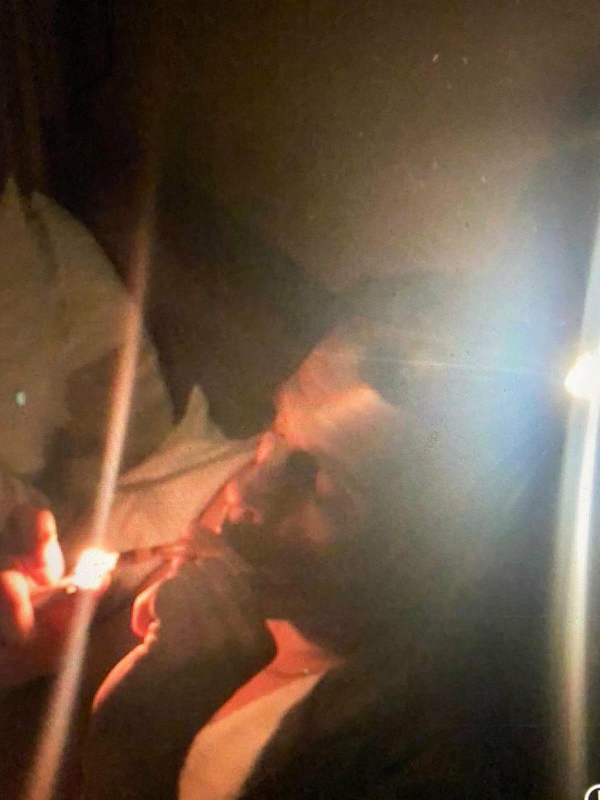 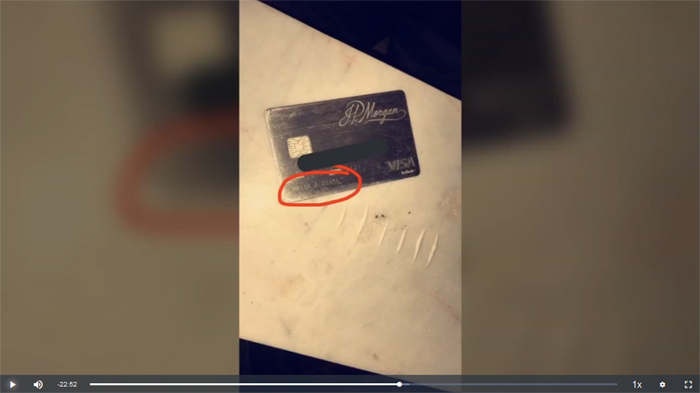 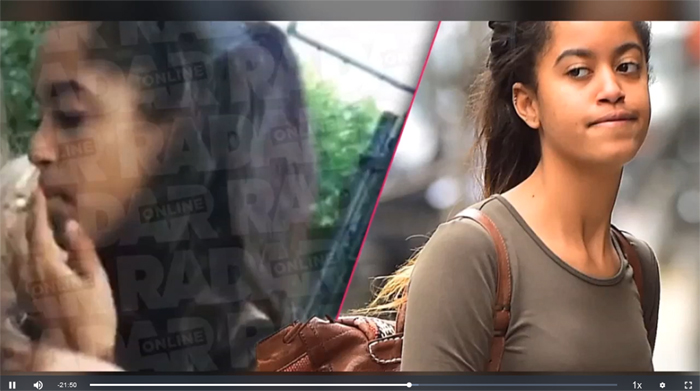 Jeffk1970 on allowing pedophiles to have access to children:

“But in the end that’s a community choice along with a parental choice to let children attend.”
Top

There are two scandals here. The first being a routine sex scandal involving a rich degenerate from a powerful family taking drugs and fucking young women. Some of the girls were underage including Natalie his 14 year old niece.

The second scandal is the important one. It appears as if Joe and Hunter Biden took money from Ukrainian energy company Burisma and the Chinese Communist Party. This could eventually lead to charges of treason being brought against Sleepy Joe. Do they still hang traitors in America?

I can't believe the commies and Jews over at the Klowns forum are still ignoring this story.
Kitty Hart-Moxon (1998): "Believe me, I came into Auschwitz in a much worse condition than I actually left it."
Top

Only a total retard would support Biden, period.
Top

Charles Traynor wrote: ↑
Tue Oct 27, 2020 3:56 pm
There are two scandals here. The first being a routine sex scandal involving a rich degenerate from a powerful family taking drugs and fucking young women. Some of the girls were underage including Natalie his 14 year old niece.

The following is copied from elsewhere online. Don’t know how accurate this is.

The bit about how it came into the ownership of the repairman seemed credible and explained how this story broke: “Hunter Biden dropped the laptop off in Delaware,... It seems he dropped it in some water... He then neglected to pay the $85.00 repair fee and the laptop became the repair shop owner's property for non-paymeng”

Joe Biden and his first wife, Neilia, had three children: Hunter, Beau and Naomi.
In 1972, Neilia and Naomi, died in a car accident. Joe eventually married a woman named Jill (his current wife).
He already knew her because she had been Hunter's babysitter at the time of the car accident. (Yeah, THAT seems normal- marry the babysitter). They had a daughter named Ashley. Ashley lives 'a quiet life' and is frequently in and out of rehab for various substance abuse issues.
Now sadly, the sanest, most normal one of the 3 surviving kids, Beau, dies in 2015 from a brain tumor. He had been married to Haillie and they had 2 children, a boy and a girl named Natalie, who was 11 yrs old when her dad died.
Enter Hunter Biden, in 2015, to "comfort" his brother's widow. Mind you, Hunter is married at the time, to Kathleen Biden, since 1993. He starts screwing around with his dead brother's wife in 2015...his wife Kathleen finds out about it and they separate. Hunter moves in with his dead brother's wife, Haillie,and her two kids and they have a grand old time. He ultimately gets divorced from Kathleen in 2017. Meanwhile, he starts screwing around with a stripper, while still shacking up with his dead brother's wife, before his divorce is finalized, and gets the stripper pregnant. Haillie kicks his butt to the curb supposedly for this indiscretion in 2018. He denies the stripper's baby is his, although a paternity test proves otherwise and eventually he marries a woman named Melissa in 2019 after knowing her for 6 days...
Does the tale end there? Why no, no it doesn't.
That just sets the stage...
Enter the laptop from ****...loaded with emails, text messages, photos, child pornography, videos, and other sordid digital images of drug use and rampant weirdness....
Hunter Biden dropped the laptop off in Delaware, his home state, to get it repaired. It seems he dropped it in some water while in a meth-induced state of mind. He then neglected to pay the $85.00 repair fee and the laptop became the repair shop owner's property for non-payment. When the owner saw what was on it, he was so disturbed that he contacted the FBI. No response. The DOJ? No response. Eventually, it landed in Rudy Giuliani's possession and he turned it over to the Delaware State Police AFTER making 4 copies of the hard drive. Turns out, there's quite a lot of child pornography on there...much of it involving children on Hunter's many trips to China. The Chinese Communist Party uses this as a blackmail tactic... They supply the young girls, they film you, unknowingly, and then they can keep you "in line", while paying you the big $$$ to do their bidding, like lucrative deals with your VP father.
Millions of dollars were paid to Hunter Biden for favors with the US Govt while Joe Biden was VP under Obama.
For 8 years Hunter made the contacts and split the money with his father, referred to as the "Big Guy" in all emails detailing how their ill gotten gains would be split up amongst all the criminals involved.
Joe Biden sold out his country and used his meth head son to do it. ...
But, IT GETS WORSE. Today, on the laptop, emails were released between Beau Biden's widow, Haillie, and Joe Biden in 2017 and more in 2018 when she and Hunter were still living together. They were casually talking about the continual "sexually inappropriate behavior" she had witnessed from Hunter toward her 14 year old daughter, Natalie, HIS NIECE!..
She told Joe that she felt she had put her children in a dangerous situation by getting involved with Hunter Biden. Joe knew his son was screwing around with his niece and he advised his daughter-in-law to go to therapy.....No one went to the police and the abuse escalated. THAT is the main reason she broke off her relationship with Hunter. Among the pictures of Hunter having sex with young Asian children, there were hundreds of provocative pictures of a 14 year old girl, mainly topless, and hundreds more of Hunter Biden, in sexual poses with her, HIS NIECE. She was 14 yrs old and HE WAS 48!!

THE END.....but, is it? Nope. Rudy says there is more to come, primarily involving Joe Biden getting rich off laundering foreign money through our country, using his son as intermediary.

Charles Traynor wrote: ↑
Tue Oct 27, 2020 3:56 pm
There are two scandals here. The first being a routine sex scandal involving a rich degenerate from a powerful family taking drugs and fucking young women. Some of the girls were underage including Natalie his 14 year old niece.

The following is copied from elsewhere online. Don’t know how accurate this is.

That seems very accurate and corroborates what I have being reading about this scandal for the last couple of days. Additionally I have also been reading some very disturbing stuff about Joe Biden taking inappropriate showers with his daughter, however this intel has not yet been confirmed and could just be disinformation.


If Biden wins the election this scandal will be buried. Trump needs to pull his finger out during his next term and expose the criminal enterprises of Sleepy Joe, Hillary and Barry Obonga and get them put behind bars. He also needs to begin an anti-American activities investigation to weed the Jews and the communist traitors out of government positions within the FBI, CIA etc. The power of the big tech companies also needs to be squashed and Google needs to be broken up as it is a massive monopoly which wields far too much power. That is only the tip of the iceberg of what needs to be done if The Donald wants to stay out of prison when his second term as president ends.
Kitty Hart-Moxon (1998): "Believe me, I came into Auschwitz in a much worse condition than I actually left it."
Top
Post Reply
26 posts