This board is open for all subject matters. Post information and discussion materials about open-debate and censorship on other boards (including this one) here. Memory Hole 2 is a RODOH subforum for alternate perspectives.
Post Reply
12 posts 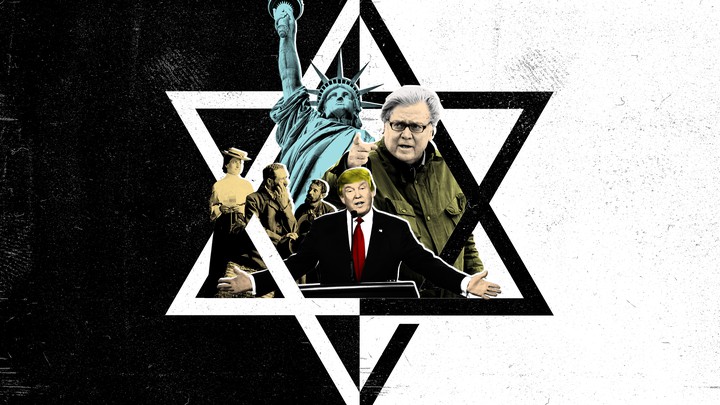 Download
The Protocols are the minutes of a late 19th-century meeting where jüdisch leaders discussed their goal of global hegemony by subverting the morals of Gentiles, and by controlling the press and the world's economies, both of which are more evident today than at any other time in history.

A quote from the publisher above states:
The jews say the document is a forgery. The Great War was no forgery, the fate of Russia is no forgery. These were predicted by the elders as long ago as 1901. The Great War was no German war, it was a Jew War. It was plotted by Jews and was waged by Jewry on the Stock Exchanges of the World. The Generals and the Admirals were all controlled by Jewry. They secured the profits of the war for Jews Summary
Highlighted are clearly observable instances.

Werd wrote: ↑09 Apr 2020, 01:24 Some think this was a Jesuit created hoax.
http://www.historicism.com/misc/protocols.htm
www.youtube.com/watch?v=Qgm1VfU4fag

I think it is an expression of what people, then and now, were thinking about Habiru antics; perhaps it is a mere coincidence that many of the protocols have come to pass; perhaps only those with Antisemitic views think this? Intelligent right minded people know how innocent and peace loving these people are, especially the Zionist Internationale variety. Every Palestinian knows this and perhaps Tsar Nikolai and Katherine were thinking that at their "photo Shoot" in the basement of their prison in Ekaterinburg on July 16, 1918.

Perhaps the Protocols are a hoax and like the Nazis who had no plan to exterminate Judentum, what happened was as Prof Raul Hilberg put it: a process of manipulation not planned in advance, not organized centrally by any agency. There was no blueprint and there was no budget for destructive measures. They were taken step by step, one step at a time. Thus came about not so much a plan being carried out, but an incredible meeting of minds, a consensus - mind reading by a far-flung diasapora.

I changed two words, un-italicized to get exactly the same meaning as Raul Hilberg intended for Nationalsozialisten.


It must be admitted that there is a certain similarity between this revolutionary plan of action and the Bolshevist program that followed the assassination of the Czar of Russia and the overthrow of the Kerensky regime. But of the seventeen members of the Council of People's Commissars of the Soviet government at that time, only one, Trotsky, was a Jew.

This is false, even Putin said: at least 80 percent of the members of the first Soviet government were Jewish. Mr Putin would have all of the facts at his disposal, especially considering it is his country he is discussing historically. Communism was "invented" by Jude Karl Marx. Even Churchill wrote “With the notable exception of Lenin, the majority of leading figures are Jews."
When the Bolsheviks overthrew the short-lived democratic government in Moscow and St. Petersburg in October 1917, it was a virtual Jewish coup d’état. The most prominent Jewish Commissar was Trotsky, real name Bronstein. He had been married by a rabbi in 1900, and whilst in exile in New York he had worked for Novy Mir, described in the Church Times (23 January 1925) as a “Yiddish newspaper.”

The most detailed description of Jewish influence in the Bolshevik ‘revolution comes from Robert Wilton, the Russian correspondent of The Times. In 1920 he published a book in French, Les Derniers Jours des Romanofs, which gave the racial background of all the members of the Soviet government.

The Central Committee of the Bolshevik Party was made up as follows:

I posted in another thread that I first read the Protocols in my late teens. It was an arduous and depressing read due to the overall brilliance of the literary vitriol breathing contempt and ill intent. I was still a moderate Christian at that time and I couldn't help but feel that the author(s) were attempting to seduce their audience. Religion of course can divide the world into a black/white, yay or nay landscape. The Protocols succeed at this as well, as in; "well, that's it then, mystery solved, it's THE Jews." What gave some of the "theatrics" away was the notion that, "we will unleash the nihilists and atheists..." It conjured up images of some dark lord breeding a subterranean army of ideological warriors. Also, given the obvious acumen of the author and their collective resonance of purpose, shared spirit and comprehension that lead me to wonder about the need for a "how to" journal.
Last edited by torus9 on 18 Apr 2020, 02:18, edited 1 time in total.
Top

I think that Tolkien had a similar vision.

Homo narrandus, man the storyteller. It would be creepy if I had chapter and verse memorized, but the Protocols did speak of "unleashing" the nihilists and atheists. And that the ideological revolution they're purporting to "unleash" would be inherently cataclysmic and bloody.

"Pleased to meet you!
Hope you guess my name
Ah but what's puzzlin' you
Is the nature of my game

I watched with glee
As your kings and queens
Fought for ten decades
For the gods they made..."
Top

Author of The Satanic Bible

LaVey states, “The semantic meaning of Satan is the ‘adversary’ or ‘opposition’ or the ‘accuser.'” To me, the term “accuser” stands out. This is an extension of cultural Marxism and critical theory, which is a backhanded gaming way or method of taking down real and imagined opponents while pushing agendas.
Top

torus9 wrote: ↑07 May 2020, 12:23 To me, the term “accuser” stands out. This is an extension of cultural Marxism and critical theory, which is a backhanded gaming way or method of taking down real and imagined opponents while pushing agendas.