On the 5th of June 2019, I received an email from Jew owned YouTube telling me my account had been closed down for violating their rules on hate speech. This accusation is of course a complete fabrication and Jewish Chutzpah at its ugliest and most brazen.

The only videos I had on the Traynor Channel were those exposing Kitty Hart Moxon's hate filled racist lies. I am not surprised I was banned because I had been subject to harassment for months previously by YouTube censors who had been restricting video after video on my channel in quick succession.

No doubt that scrawny little pipsqueak JeffK1970 will be here soon gloating about my ban. My message to him is don't bother coming here to mouth off. This ban is probably the best thing that has happened to me in a long time! I am now reinvigorated and eager to resume the struggle against the World Enemy. If the Kike wants to raise the stakes in its war against humanity then I can retaliate and also raise those stakes, and I will!!! 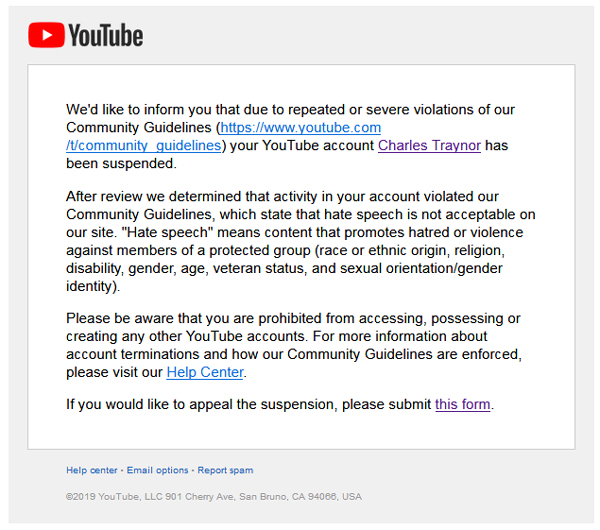 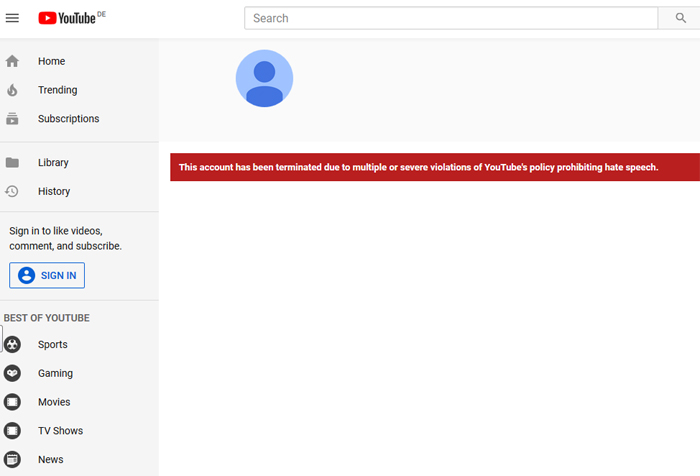