This board is open for all subject matters. Post information and discussion materials about open-debate and censorship on other boards (including this one) here. Memory Hole 2 is a RODOH subforum for alternate perspectives.
Post Reply
44 posts 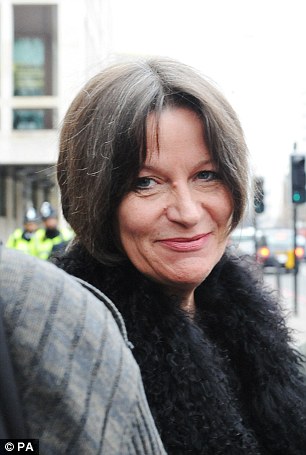 District judge John Zani banned the 54-year-old from posting anything on social media for a year and ordered her to carry out 180 hours of unpaid work. The Judge would understand that more than most as no doubt he carries out many hours of paid non work.
What do you think. I think the Jews need to laugh at themselves as all people do and lighten up.
Wenn wir die Flagge, die wir aus dem Nichts gerissen haben, nicht halten können, müssen Sie, meine Söhne und Töchter, greifendie Fahne in deiner Faust...Führer der NSDAP Adolf Hitler
𝕹𝕾𝕯𝕬𝕻
Top

The Holocaust is essentially a secular RELIGION, and a dominant one at that. This is why its doubters are prosecuted and harassed as blasphemers and Haters, and intellectual terrorists at the least.

.
Criminalisation of revisionism ~ a bullet in the Shoah lobby’s foot

Alison's blog and the rest of this entry can be found here
"When people who are honestly mistaken learn the truth,
they either cease being mistaken
or they cease being honest"
-- Anonymous
Top

I think that the song (((survivors))) should be continued so that the world knows what this great lady was fighting for.
I post this on here. Juden verabscheuen, Juden meiden.
Herr Engelbert Von Smallhausen
Key Stoned cops..Gustarpow
Top

.
Interested readers can now view PDFs of the official court documents concerning both of Alison's February 2019 appeals. Here is an excerpt from her blog with quotes from the court documents interspersed with her comments.

Well, it's rather pointless to get all excited over really bad songs.
Top

Really? Why would you want to frighten children?
Top
Post Reply
44 posts