Discuss the alleged Nazi genocide or other wartime atrocities without fear of censorship. No bullying of fellow posters is allowed at RODOH. If you can't be civil, please address the argument and not the participants. Do not use disparaging alterations of the user-names of other RODOH posters or their family members. Failure to heed warnings from Moderators will result in a 24 hour ban (or longer if necessary).
Post Reply
14 posts

Speer (Reich Minister for Armaments and war production) goes on to say that the finest scientists had emigrated to the United States. He made it quite clear that progress was being made in Atomic Fission. However, Jackson then continues with this garbage.

This nonsense shows that Justice Jackson was biased to the extreme searching for every scrap of information true or not that would damn the Reich.

Made in Russia: Stalin 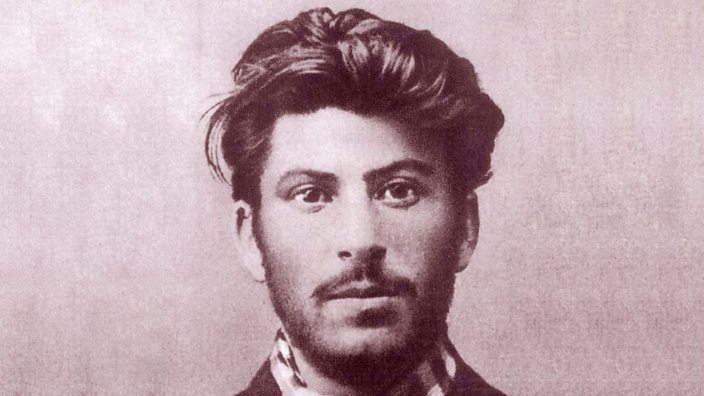 Joseph Vissarionovich Stalin was born in 1878, died 1953 of a stroke aged 75 years. His birth name was Ioseb Besarionis dzе Jughashvili. Stalin was a Georgian revolutionary and Soviet politician who ruled the Soviet Union from the mid-1920s until his death in 1953. He served as the general secretary of the Communist Party of the Soviet Union (1922–1952) and premier of the Soviet Union (1941–1953). Despite initially governing the Soviet Union as part of a collective leadership, Stalin eventually consolidated power to become the country's de facto dictator by the 1930s. He changed his surname to "Steel", Стали (Stali) in Russian since being known as the "man of steel"

His totalitarian government has been widely condemned for overseeing mass repressions, ethnic cleansing, deportations, hundreds of thousands of executions, and famines that killed millions. Ivan Alexeevich Kuganov estimated that the Soviets were involved in the democide of 61,911,000 people; 7,142,000 of them foreigners. Mainly starved, but the murders also involved shootings, torture, frozen or worked to death. Others estimate the figure is a mere 45 million. Others 97,808,000 human beings; probably closer to reality.

Stalin still maintains a wide level of support in this remote, barren, northern wasteland. His statues are taken down and street names have been changed, but unlike the Reich, there have been no Nürnberg trials, no equivalent of a denazification (not that that worked), no establishment of a "truth commission" as happened in South Africa.

It is Stalin rather than der Führer Adolf Hitler who should be regarded as the most alarming person in the world, of the twentieth century. Stalin is not a one off, but stands in a historical tradition of "rule by terror", which existed before him, which he refined and will exist again. The spectre of Stalin is the one that should worry the world and der Juden.

Yevgeny Yevtushenko the Russian Poet wrote this in his poem "the Heirs of Stalin"
Mute was the marble. Mutely glimmered the glass.
Mute stood the sentries, bronzed by the breeze.
Thin wisps of smoke curled over the coffin.
And breath seeped through the chinks
as they bore him out the mausoleum doors.
Slowly the coffin floated, grazing the fized bayonets.
He also was mute- his embalmed fists,
just pretending to be dead, he watched from inside.
He wished to fix each pallbearer in his memory:
young recruits from Ryazan and Kursk,
so that later he might collect enough strength for a sortie,
rise from the grave, and reach these unreflecting youths.
He was scheming. Had merely dozed off.
And I, appealing to our government, petition them
to double, and treble, the sentries guarding this slab,
and stop Stalin from ever rising again
and, with Stalin, the past.
I refer not to the past, so holy and glorious,
of Turksib, and Magnitka, and the flag raised over Berlin.
By the past, in this case, I mean the neglect
of the people’s good, false charges, the jailing of innocent men.
We sowed our crops honestly.
Honestly we smelted metal,
and honestly we marched, joining the ranks.
But he feared us. Believing in the great goal,
he judged all means justified to that great end.
He was far-sighted. Adept in the art of political warfare,
he left many heirs behind on this globe.
I fancy there’s a telephone in that coffin:
Stalin instructs Enver Hoxha.
From that coffin where else does the cable go!
No, Stalin has not given up. He thinks he can cheat death.
We carried him from the mausoleum.
But how remove Stalin’s heirs from Stalin!
Some of his heirs tend roses in retirement,
thinking in secret their enforced leisure will not last.
Others, from platforms, even heap abuse on Stalin
but, at night, yearn for the good old days.
No wonder Stalin’s heirs seem to suffer
these days from heart trouble. They, the former henchmen,
hate this era of emptied prison camps
and auditoriums full of people listening to poets.
The Party discourages me from being smug.
'Why care? ' some say, but I can’t remain inactive.
While Stalin’s heirs walk this earth,
Stalin, I fancy, still lurks in the mausoleum.


Sadly the world has vilified the wrong man; including his own people. Hitler tried to save the world from this Monster; in doing so he paid the ultimate price of defeat, death and eternal damnation. The malice of Stalin was projected.

The mistreatment of a few million juden would not make a man like Stalin batter an eyelid; shoot them?, most likely not but the thought of them freezing and starving to death would bring a smile

In August 2009 the Polish Institute of National Remembrance (IPN) researchers estimated Poland's dead (including Polish Jews) at between 5.47 and 5.67 million (due to German actions) and 150,000 (due to Soviet), or around 5.62 and 5.82 million total. The information and fake news can be seen in the table below. reproduced from Demographics of Poland

The Polish Institute of National Remembrance..Commission for the Prosecution of Crimes against the Polish Nation was a puppet of the Soviet Special Commission.

At first glance it is obvious that this work has totally omitted the massive Soviet Deportation from Poland resulting in the deaths of hundred of thousands (if not millions.); most of the losses by this fraudulent body have been attributed to the Reich. Another wiki article says the following;

In November 1939 the Soviet government annexed the entire Polish territory under its control. Some 13.5 million Polish citizens who fell under the military occupation were made into new Soviet subjects following show elections conducted by the NKVD secret police in the atmosphere of terror, the results of which were used to legitimize the use of force. A Soviet campaign of political murders and other forms of repression, targeting Polish figures of authority such as military officers, police and priests, began with a wave of arrests and summary executions. The Soviet NKVD sent hundreds of thousands of people from eastern Poland to Siberia and other remote parts of the Soviet Union in four major waves of deportation between 1939 and 1941.

The reality is the Soviets killed tens of thousands of Polish prisoners of war. In the two years between the invasion of Poland and the 1941 attack on USSR by Germany, the Soviets arrested and imprisoned about 500,000 Poles. This was about one in ten of all adult males. The Soviet NKVD executed about 65,000 imprisoned Poles after being subjected to show trials. The number of Poles who died due to Soviet repressions in the period 1939-1941 is estimated as at least 150,000.

The Soviets sent approximately 1.7 million people from Poland to Siberia. Rabbi Aaron Pechenick described the Soviet mass deportation in his book Zionism and Judaism in Soviet Russia published in New York in 1943 as follows:

In two days and two nights [end of June 1940] almost one million Jews were
loaded into cattle wagons under the most horrible circumstances and deported
to Siberia and the Ural. […] The terrible journey lasted from four to six weeks.
Having arrived at their destinations, the Jews obtained only bread and water to
sustain their lives after the long working days in the forests.

According to the Joint Distribution Committee, only 600,000 survived the arduous journey. At least 250,000 Poles from the Polish autonomous regions of the Ukrainian SSR were deported to the Kazakh SSR in 1930; among those, as many as 100,000 did not survive the first winter in the country.

The fact of mass deportation by the Soviets is completely hidden by the Demographics of Poland data.

Re: Made in Russia

It is known that the Poles were deported by the Soviets inland; the assumption is that the deportations stopped. The deportations did not stop as evidenced in Revelations from the Russian Archives.

The following paragraphs are stated:

Joseph Stalin's forcible resettlement of over 1.5 million people, mostly Muslims, during and after World War II is now viewed by many human rights experts in Russia as one of his most drastic genocidal acts. Volga Germans and seven nationalities of Crimea and the northern Caucasus were deported: the Crimean Tatars, Kalmyks, Chechens, Ingush, Balkars, Karachai, and Meskhetians. Other minorities evicted from the Black Sea coastal region included Bulgarians, Greeks, and Armenians.

Resistance to Soviet rule, separatism, and widespread collaboration with the German occupation forces were among the official reasons for the deportation of these non-Russian peoples. The possibility of a German attack was used to justify the resettlement of the ethnically mixed population of Mtskheta, in southwestern Georgia. The Balkars were punished for allegedly having sent a white horse as a gift to Adolf Hitler.

The deportees were rounded up and transported, usually in railroad cattle cars, to Uzbekistan, Kazakhstan, Kirgizia, and Siberia—areas called “human dumping grounds” by historian Robert Conquest. Most estimates indicate that close to two-fifths of the affected populations perished. The plight of the Crimean Tatars was exceptionally harsh; nearly half died of hunger in the first eighteen months after being banished from their homeland.

In 1948, the Soviets instituted official anti semitic policies resulting in the execution of a few prominent jüdische Antifascist Committee members including the chairman of the JAC, Solomon Mikhoels.

There is no reason to suspect that any jüdische displaced people found in Poland would be allowed to return home. As previously mentioned, Peter Lantos, der Jüdische lad (and mother) from Hungary were held captive by the Soviets, told they would be deported inland. The pair had to escape.