Discuss the alleged Nazi genocide or other wartime atrocities without fear of censorship. No bullying of fellow posters is allowed at RODOH. If you can't be civil, please address the argument and not the participants. Do not use disparaging alterations of the user-names of other RODOH posters or their family members. Failure to heed warnings from Moderators will result in a 24 hour ban (or longer if necessary).
Post Reply
6 posts • Page 1 of 1

This is just a reminder to keep an eye on the Jan27.org committee for the 2020 ‘holocaust’ memorial day -- which should have some fresh content on the 27th.

That web page is curated by somebody I can call a very good friend. So keep an eye out for this years holoshlock propaganda which will likely be flooding the usual channels on the said date.

If you never visited it before, you can catch up and read the previous content which has already been posted. All quality stuff.

Best wishes,
-k0nsl
Last edited by Sysop on Wed Jan 22, 2020 8:41 am, edited 1 time in total.
Reason: Ttitle corrected.
“The Jew is a falsifier and a cheat! The Jew is congenitally corrupt! Shun the Jew!” — Telemachus Timayenis, The American Jew: An Expose of His Career‎ (1888)
Top

“What we have come to understand is that the holocaust is the
secret weapon of psychological warfare of the Powers That Be,
which they use to expand and maintain their militaristic empire,
to justify wars and subjugation, to foist their financial, economic
and cultural system upon others against their will.”
From the Editors of “Auschwitz: The Case for Sanity,” 2010, page 12

EXCELLENT, Hunt! That's going on my favorites list. Thanks also to k0nsl for his reminder of remembrance day and the suffering at the hands of the Jews of those who sought to expose the Jew's lies. Well done to both of you.
Top

(((Holocaust Remembrance day)))
Monday, 27 January
International Day of Commemoration in memory of the victims of the Holocaust 2020
Look for the actors and fakes who do not believe the crap they are expounding on the 27th of this month. Watching this will help you identify the holyhoax actors.

Here is a relevant piece from Carolyn Yeager:


Time once again to remember what the 'Holocaust' is really for
ON MONDAY, JANUARY 27, THE MEDIA WILL ONCE AGAIN play up the United Nations-created “International Day of Commemoration in Memory of the Victims of the Holocaust”, commonly known as Holocaust Remembrance Day. This will be only the 15th anniversary of this commemoration, but the 75th anniversary of what it specifically commemorates – the day the Auschwitz-Birkenau concentration camp was "liberated" by the Soviet Red Army.

I heartily encourage you to go to jan27.org beginning on Thursday the 23rd to see the new articles presented there "in Honor of the Revisionists Who Introduced Sanity to the Auschwitz 'Death Camp' Narrative.” Support Revisionism! There are innumerable reasons why it is in your own interests to do so.

If you would please kindly spread some awareness of jan27.org this would be kindly appreciated as it benefits us all, even the jews -- because we bring good news! 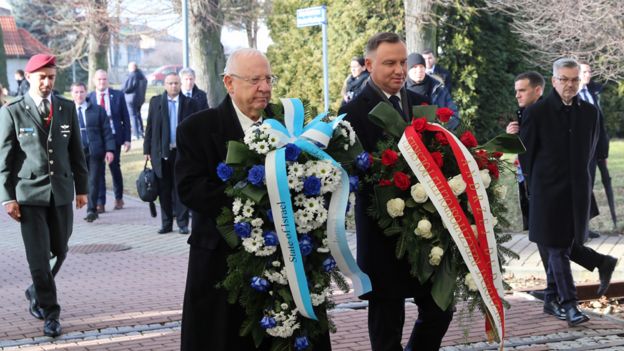 A bit of this years cattle excrement from the feigned lovers of humanity and true admirers of shekels and self gratification.

The presidents of IsRaEl and Polen called for greater efforts to combat anti-Semitism as the world marked 75 years since the liberation of the Auschwitz death camp, amid concerns over a global resurgence of anti-Jewish prejudice.

blah blah
More than 1.1 million people, most of them Jews, perished in the camp's gas chambers or from starvation, cold and disease.

blah blah
Nazi Germany murdered about six million Jews in its campaign to dominate other races and nations.

blah blah
This may be the last major anniversary where so many (((survivors))) are able to attend.

A woman who was born in the camp a few months before liberation, 75-year-old Jadwiga Wakulska, said "my mother was holding me in her arms as a four-month-old child, as she was standing in line to the gas chamber...

"We were coming closer and closer to the gas block and one of the Germans saw me. He looked at me and since I was a blonde baby with blue eyes he took me aside and told me I will survive. Thanks to that we survived. My mum says that thanks to the fact that I had a Nordic appearance, I saved her and myself."

Returning to the site where her relatives were murdered, 92-year-old Holocaust (((survivor )))Yvonne Engelman, who now lives in Australia, recalled the horrors of the camp.

"We could hear children coughing, crying, choking from the gas and also the smell of human flesh and the great fear we experienced that maybe you will be the next victim," she said.
Jadwiga Wakulska has a very good memory for a 4 month old child. It seems like her mother has been telling her fibs. It is remembered that Nessie was asked why Anne Frank did not die from gas at Auschwitz; it insisted that Gassing operations had stopped by then which is why she was transferred to Belsen where she contracted typhus. Anne, Margot and their mother were arrested 4th August 1944 then shipped by train to Auschwitz-Birkenau in early September 1944.. There were no gassing events in September when baby Jadwiga was born. Another load of bollock.

At the end of September/beginning of October 1944, Kurt Becher (Commissar of all German KzLs) received an order that the concentration camps should be peacefully surrendered to the approaching enemy in order to save human lives. 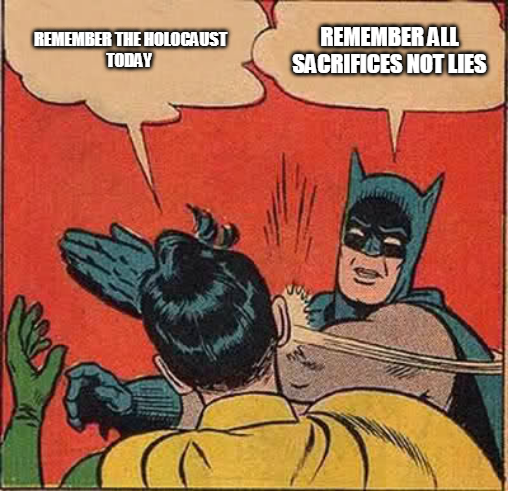