Discuss the alleged Nazi genocide or other wartime atrocities without fear of censorship. No bullying of fellow posters is allowed at RODOH. If you can't be civil, please address the argument and not the participants. Do not use disparaging alterations of the user-names of other RODOH posters or their family members. Failure to heed warnings from Moderators will result in a 24 hour ban (or longer if necessary).
Post Reply
13 posts

He was just a little over a month short of his 76th birthday and his 31st wedding anniversary. He is survived by his wife, Elke and his dog, Lucky.

When I visited him Saturday afternoon he was barely responsive and breathing laboriously. He had not eaten anything in several days--and yes, he did look like someone from a concentration camp liberation photograph. I don't know if he knew we were there or not--his eyes were not focusing--but I told him that it would all be okay.

I'm surprised that Fritz lasted as long as he did. A year ago he was taking some chemotherapy treatments but the improvement did not last and he continued to get weaker. I told him that it would eventually happen to all of us.

Fritz wanted me to keep it pretty quiet that he was seriously ill, so I have not said very much to anyone until now.

I'll see if I can find some photographs to share.

Below, Fritz Berg with Lucky and the PetSmart Santa (Christmas 2018).

This is very sad for me to hear. Me and Mr. Berg had our differences on some minute issues, which to an outsider might've looked as if we brawled with each other, that we didn't get a long. But that is far from the truth; we were on very cordial terms in private and always respected each other. Mr. Berg was one of the many persons I looked up to when I started learning about the Holoschlock as a teenager.

I remember the first time I spoke with him via internet telephone and I was quite embarrassed due to my nervous and broken English, but Fritz made me relaxed and told me not to think about it. He had a positive effect on me. A calming effect, you could say. It was great to speak with him, but I prefer to write, since I lack the confidence to speak freely with some people on the phone. Well, at least when it comes down to people I look up to. I'm a shy person (e.g, introverted) and I told Fritz that as well, at the beginning of our conversation -- nevertheless, he had a calming effect on me and I could speak quite freely and without being so shy, even though I must admit Fritz did most of the talking during the conversation (those who knew him will know what I mean)

He will be greatly missed. May he rest in peace. He was a warrior for truth to the very end, as I understand it. 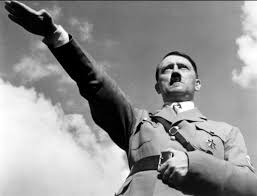 Elke says that Germar Rudolf called to pay his respects.

Also, I made sure that Fritz got everyone's kind wishes, although I have not had access to his computer or e-mail recently, so there might be some others that I did not see.

This is very sad news. Fritz was passionate in his pursuit of the truth behind the anti-German atrocity propaganda surrounding the concentration camps. His posts backed by cold hard science and the knowledge gained by decades of meticulous research into the Holocaust always made for interesting reading. He will be greatly missed at RODOH.

In honor of Berg in his recent passing, I stood up for his diesel claim at SSF just now.

His diesel claim is one that has not been and will not be refuted.
Top

His diesel claim is one that has not been and will not be refuted.

Well done.
Those people seem so consumed by irrationality and hate.
"When people who are honestly mistaken learn the truth,
they either cease being mistaken
or they cease being honest"
-- Anonymous
Top

I always admired Fritz Berg because he was not afraid to say what he thought publicly. For decades he struggled virtually alone against certain powerful elements within revisionism who are as blind, ignorant and dogmatic in their beliefs as their counterparts in the holohoax camp.

Fritz was a qualified engineer and understood holocaust revisionism needed to be dragged into the 21st century based on cold hard scientific facts as opposed to articles of faith. Using the scientific method would leave the hoaxsters with no grey areas or BS get-out-clauses to keep their perverse death cult alive.

Fritz was also a gifted orator. He did numerous radio shows and appeared in a number of videos discussing the holocaust. In all of them he was brilliant and I remember telling him he could have made a fortune if he had chosen to become a television news anchorman.

Despite the seriousness of his work Fritz also had a lighter side and many a time I giggled as he demolished certain posters here with his humour.

R.I.P. Fritz.
Kitty Hart-Moxon (1998): "Believe me, I came into Auschwitz in a much worse condition than I actually left it."
Top
Post Reply
13 posts