Discuss the alleged Nazi genocide or other wartime atrocities without fear of censorship. No bullying of fellow posters is allowed at RODOH. If you can't be civil, please address the argument and not the participants. Do not use disparaging alterations of the user-names of other RODOH posters or their family members. Failure to heed warnings from Moderators will result in a 24 hour ban (or longer if necessary).
Post Reply
402 posts

Well, nothing that I have read--but I dare say I have read a lot in the German literature on the subject. Read it yourself or get someone to read it for you. Maybe you will find something somewhere to support the "danger-of-explosion" fantasy.

I and Scott Smith and possibly others have already cited many German and even American sources which totally fail to show any concern about any "dangers of explosion." The famous Life magazine cyanide explosion was simply a freak accident--accidents happen, big deal. We still drive gasoline-fueled automobiles and fly airplanes.

For those who have not been following the discussion closely, the fact that lots of things "explode" occasionally undermines the most important arguments of the Faurisson-Leuchter-Zuendel gang completely. Faurisson, even Frankie a few days ago, had foolishly insisted that the Germans could never have taken any risk of explosion at all--therefore, any kind of mass gassing with cyanide would have been "impossible." That is so stupid!

Friedrich Paul Berg
Learn everything at: http://www.nazigassings.com
Nazi Gassings Never Happened! Niemand wurde vergast!
There were NO “limited gassings!” There were NO homicidal Nazi Gassings at all!
http://www.nazigassings.com/Railroad.html
The REAL Mass Murderers were the Anglo-Americans and the Jews themselves!
Last edited by Friedrich Paul Berg on Tue Apr 03, 2018 5:57 am, edited 6 times in total.
Top 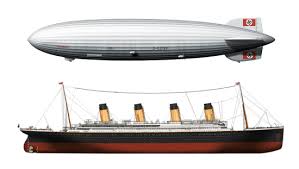 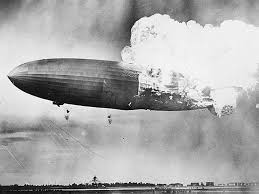 Frankie seems to have disappeared--oh my!

I was hoping to see Frankie give some long-winded explanation as to why the Budapest railroad fumigation chamber could NOT have been used for mass murder. I am so disappointed.

I was hoping to see Frankie give some long-winded explanation as to why the Budapest railroad fumigation chamber could NOT have been used for mass murder. I am so disappointed.

The revisonist hoax crafted by Faurisson and Leuchter, orchestrated by Ernst Zuendel, financed greatly by Willis Carto, and later supported even by the likes of Germar Rudolf is winding down to the shabby end it truly deserves. However, the truth about the monumental hoax which the holocaust hoax is remains. No one was killed in gas chambers by the Nazis or Germans during WW2--and there was NO program to physically exterminate the Jews or the Jewish people.

Much of the critical evidence will remain hidden for years to come. But we already know something of the 42,000 Jewish ghettoes and labor camps in the East. That story will be the ultimate end of the holocaust hoax as more true evidence surfaces. The "evidence" used by the hoaxers still today consists of the same kinds of treachery and lying that we still see in modern Russia today under Putin.

Friedrich Paul Berg
Learn everything at: http://www.nazigassings.com
Nazi Gassings Never Happened! Niemand wurde vergast!
There were NO “limited gassings!” There were NO homicidal Nazi Gassings at all!
http://www.nazigassings.com/Railroad.html
The REAL Mass Murderers were the Anglo-Americans and the Jews themselves!
Last edited by Friedrich Paul Berg on Sat Apr 07, 2018 7:01 pm, edited 2 times in total.
Top

See Berg's childish Freudian fantasy about train tunnels as well his anti-science, anti-real world view that HCN is not a explosion danger blasted to bits by Breker here:

I also noticed NSDAP continues to dodge my challenge after he said:

The lethal level by some sources is 200 ppm for death within 10min. At 300 ppm the same sources state that death is instantaneous.

The closest "Frankie" ever came to answering my challenge was to refer to Breker from the CODOH forum at: https://forum.codoh.com/viewtopic.php?f ... &start=165

Germar Rudolf went to ridiculous lengths in a video about cyanide to suggest a hypothetical need for explosive concentrations to kill everyone--not merely those near to the Zyklon granules.
Shame on Germar Rudolf once again. Are there any boundaries that Germar Rudolf will NOT cross to help his "CRACKPOT" pals? Are there any gross distortions of evidence which Rudolf will NOT make in order to protect Faurisson and Leuchter from criticism for their truly "insane" claims?

The Germans totally sidestepped any hypothetical explosion "problems" by using Kreislauf or "continuous forced circulation" which would have allowed them to e-a-s-i-l-y kill everyone w-i-t-h-o-u-t ever coming even near to the "explosive limit"--anywhere in the gas chamber. Good circulation takes care of that by preventing pockets of concentrated cyanide from even forming--such a simple solution, just add ductwork and a big enough blower. We know with great confidence that the German "experts" had thought about all of this because of their extensive technical literature, even with advertisements--during the war, and even before the war. The crackpots however, especially Faurisson, have since about 1984 foolishly embraced a false theory which serves no purpose--except to somehow protect the tattered egos of the crackpots, including Frankie and Breker as well. They just can't admit that I was right and that they were, and still are, full of you-know-what. Faurisson's fans at one point even gave him a Festschrift for "Exactitude." It was not intended as a bad joke but it was a bad joke nonetheless.

So, getting back to the Budapest Gas Chamber and my challenge to Frankie from a few days ago--Frankie has totally failed to even begin to explain why that superb gas chamber could not have been used for mass murder of countless Hungarian Jews. In that gas chamber using continuous forced circulation (check out that huge blower for circulation and venting--and the ductwork) there simply is absolutely NO DANGER of any explosion of the cyanide gas--and all of that without any "explosion-proof" lights or switches either. Can the crackpots including Germar Rudolf ever admit this? I doubt it because they truly are INSANE. Will they ever stop lying? They dare not stop as long as those checks keep coming.

Friedrich Paul Berg
Learn everything at: http://www.nazigassings.com
Nazi Gassings Never Happened! Niemand wurde vergast!
There were NO “limited gassings!” There were NO homicidal Nazi Gassings at all!
http://www.nazigassings.com/Railroad.html
The REAL Mass Murderers were the Anglo-Americans and the Jews themselves!
Last edited by Friedrich Paul Berg on Tue Apr 03, 2018 5:59 am, edited 7 times in total.
Top

And btw, Frankie or whoever you really are. If I try to post the above on CODOH, will I be breaking one of your "rules?" Please do let me know.

The video Germar Rudolf put together which is linked below is valuable--but Germar missed some important facts. In his review of actual American gas execution times, he ignored the fact that American prisoners to be executed were routinely encouraged, even "coached," to take an extremely deep breath as soon as the warden gave them a signal to do so through the gas chamber window. Then with a lethal dose of cyanide gas in their lungs they might, indeed, die quickly. But, if they held their breaths without inhaling for as long as possible, the execution was likely to take a long time, extreme agony for the victim--perhaps for as long as eighteen minutes. Would Jews have been willing to help their mass executioners by only taking deep breaths as soon as the cyanide came near to them? I doubt it. How would the Jews have even known for sure that a lethal cyanide concentration was near to them? Little Isaac lying down in a remote corner of the chamber might have to wait a long time for his lethal concentration to even arrive.

What it all means is that the likely mass execution times would have been far longer than Germar even imagined. At least Germar and I do agree that using anything like the holocaust gassing scenarios we have been given--from "eyewitnesses" and "confessors"--would have led to "botched mass executions." Many Jews would have been killed--but some, perhaps many, would have certainly"survived." What to do?

Here is where some serious "mindreading" is required. What would the Nazi fiends have done about those botched mass executions? Repeat the process with the next batch of Jews and hope for a better result? Or, do some serious re-thinking about the whole thing? Germar did some mindreading and concluded that the Nazi fiends would have simply dumped much more Zyklon-B into the gas chamber, perhaps even "100 times" more than the calculated minimum to kill everyone. Germar's mindreading might be on target but my own bit of mindreading has convinced me that the Nazi fiends would have done some research into the subject. They would have read the DEGESCH literature and essays by Dr. Gerhard Peters and others into just how really big gas chambers worked. There was no shortage of such literature in Germany--and there were even those "standard DEGESCH chambers" just 100 yards from Krema 2 and Krema 3 in those delousing stations with those famous "Prussian blue" exterior and interior walls. Hey, let's check them out before we have any more botched mass executions. What a brilliant idea! They might have also seen the great emphasis in the German literature on Kreislauf--that German word that Fred Leuchter thought was so funny. Kreislauf in this context meant "continuous forced circulation" throughout the gas chamber and even through the Zyklon granules themselves. Germar never even mentioned Kreislauf once. Why?

Friedrich Paul Berg
Learn everything at: http://www.nazigassings.com
Nazi Gassings Never Happened! Niemand wurde vergast!
There were NO “limited gassings!” There were NO homicidal Nazi Gassings at all!
http://www.nazigassings.com/Railroad.html
The REAL Mass Murderers were the Anglo-Americans and the Jews themselves!
Last edited by Friedrich Paul Berg on Fri Mar 30, 2018 2:24 pm, edited 1 time in total.
Top
Post Reply
402 posts