Discuss the alleged Nazi genocide or other wartime atrocities without fear of censorship. No bullying of fellow posters is allowed at RODOH. If you can't be civil, please address the argument and not the participants. Do not use disparaging alterations of the user-names of other RODOH posters or their family members. Failure to heed warnings from Moderators will result in a 24 hour ban (or longer if necessary).
Post Reply
3 posts • Page 1 of 1

I will now conclude the narrative of my team’s fieldtrip to Oktoberfest 2011 by covering our visit to Dachau concentration camp.

I would like to point out now that unlike our Auschwitz expeditions the outing to Dachau was not intended as a professional Hoax busting venture. We were for all intents and purposes just tourists making a cursory examination of the site. Some of you will be disappointed to learn that I have no pictures of car parking facilities at this location, although, I did manage to get a slightly out of focus picture of a 726 bus by the main road to the camp.

In my Oktoberfest narrative I mentioned that there had been a massive thunder storm on Saturday night. When we awoke on Sunday morning the skies were murky and grey with rain falling in almost monsoon proportions. Over breakfast it was decided to abandon our planned trip to the town of Dachau and to concentrate our efforts on the concentration camp. The change in plan met with unanimous approval because we all wanted to get back on the piss in München as quickly as possible.

I only intend posting a small number of pictures and giving a brief overview of the camp because quite frankly there wasn’t a lot to see. Obviously if I had been given permission to access the archives things could have been very different. Anyone looking for a more detailed non-scholarly photo tour of Dachau should head over to the scrapbookpages website.

On getting out of the taxi we sprinted through the deluge to a nearby bus shelter, donned our wet proofs and prepped our cameras for action. Small trees and shrubbery lined the approach to the camp which is about 300 metres away from the main road and out of line of sight. This part of the memorial was well designed allowing visitors a few moments of contemplation before finally coming face to face with reality the camp itself.

We arrived at the main gate to find a small party of confused American tourists sheltering from the rain. They had falsely assumed that because the camp looked deserted and the one and only building they had tried to access (via the basement door) was locked the whole place was closed. We set them straight and they were soon running through the downpour towards the main entrance to the museum. They were a strange bunch of fellows, some were dressed only in t-shirts and none of them had an umbrella. I knew cowardly KentFord9 was not amongst them because his wife will not allow him to travel to Europe alone. Perhaps she fears he will catch pneumonia or get himself into some other sort of difficulties without her being there to supervise him?

My team headed in the opposite direction to the Americans and crossed the large Apellplatz towards the two reconstructed accommodation blocks. The block nearest the gate (the Kantine) was locked and appears to be used only as a shed for storing tools and materials for minor camp conservation. The second block was open and revealed that the prisoners lived in very reasonable conditions by any ones standard. The blocks were spacious, light and airy, and certainly much better than the horrendous conditions experienced by frontline troops and the poor civilians, young and old alike, forced out of their homes during the Allied Terror Bombing campaign of German cities. I usually become very irritated whenever I watch television documentaries where former concentration camp inmates whinge about how hard they had it. The truth is that they had it better than most during the war. They had regular meals, access to first rate medical care, and the good fortune to be living in some of the safest locations in Germany. We used this brief respite from the elements to pack away most of our camera equipment because the conditions were simply too awful to allow any worthwhile use of them.

The next area of the camp we intended visiting was Barrack X which housed the Krema ovens and alleged homicidal gas chamber. We retraced our steps back past the Kantine block and turned right following the camp road. It was at this point I wished I was wearing stout hiking boots because the gravel path was waterlogged and we had to slowly inch our way forward looking well ahead for the driest route to the Kremas.

Barrack X was not the extraordinary building of Holohoax legend. The truth is that it is actually a very basic and functional structure as one would expect with this type of facility. It is just metres from the original Krema and the serene surroundings showed that its designers had intended the dead passing through the new facility were in as respectful an environment as possible.

The visitor information board outside Barrack X states that “survivors” claimed homicidal gassings took place there. It conveniently does not say that many other prisoners said that no homicidal gassings were ever carried out in Barrack X. As usual the guardians of the orthodoxy do not provide us with any physical evidence to support their vile claims of wrong doing by the Germans. I was puzzled as to why the waiting room and undressing room used by prisoners just before entering the alleged gas chamber never had any bars on the windows to foil last minute escape attempts by those who might have become suspicious of what awaited them in the shower room? After seeing Barrack X with my own eyes I am now more convinced than ever that the “Holocaust” is nothing more than a very sick lie.

We quickly inspected the old Krema and then headed back to the main area of the camp to have a look at the memorials. Easily the worst was the Protestant shrine (1965). It looked like a cross between a bomb shelter and one of those awful concrete underpasses they built in London during the 50’s and 60’s. The only thing missing from here for a true experience of the inner city was the smell of urine and graffiti on the walls. What were they thinking when they built this awful monstrosity?

The Catholic memorial (1960) is slightly better; at least it is built from stone rather than horrible bare concrete. This memorial is at the end of the main road through the camp and I suspect the architect may have wanted to make it stand out as a centrepiece. He failed. At a distance it is small and close up it is too tall. The Russian Orthodox shrine (1995) gets my vote as most aesthetic. It is small, made from natural materials, and fits nicely into its surroundings.

After viewing the various religious memorials we headed across the Apellplatz towards the camp museum. This is also the site of the International Memorial (1968) another very ugly and easily forgettable piece of degenerate art. The museum itself was stocked with all the usual Holohoax wares and predictably there were the same old pictures of Heinrich Himmler and SS-Obergruppenführer Oswald Pohl on display. The museum also houses a cinema which shows a Holohoax propaganda movie throughout the day in various languages.

When we initially arrived at Dachau the place had been deserted and we had requested that our taxi driver come back and pick us up at a prearranged hour. We had now run out of time and had to leave before having a chance to inspect the camp prison located behind the museum block. From experience I strongly suspect we missed out on nothing more than just another piece of anti-German propaganda.

As we headed back towards the main road we couldn’t help noticing that the steadily increasing stream of visitors had now become a virtual flood (no pun intended). Despite the appalling weather conditions this place was still a magnet for True Believers, the ignorant and the uninformed. Our taxi driver was thankfully parked up waiting for us as he had promised and we were soon en route back to our hotel. After a quick shower and change of clothing we spent the rest of the day enjoying ourselves in München whilst getting completely blitzed on some of the best beer in the world. 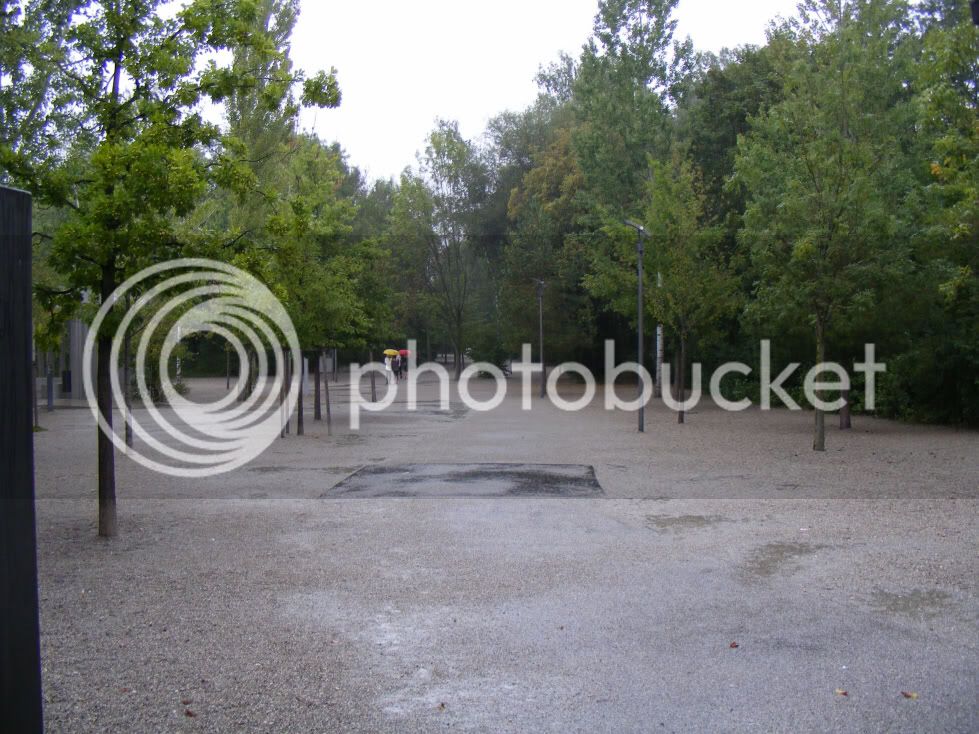 Looking towards the camp from the bus shelter

Looking towards the main gate from the Kantine block

The prisoners lived in comfort 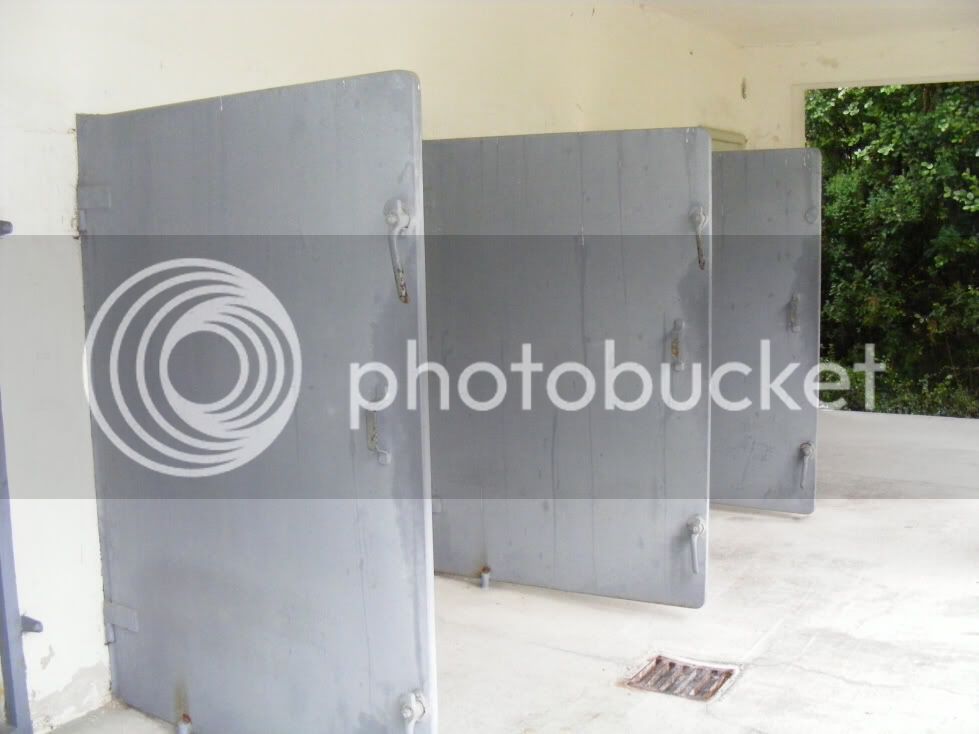 The cobwebs behind all the signs was very unprofessional

Looking towards Barrack X from block 30

The Nazis wanted to save lives
Kitty Hart-Moxon (1998): "Believe me, I came into Auschwitz in a much worse condition than I actually left it."
Top

Charles, did you see "The Chair" in your visits. 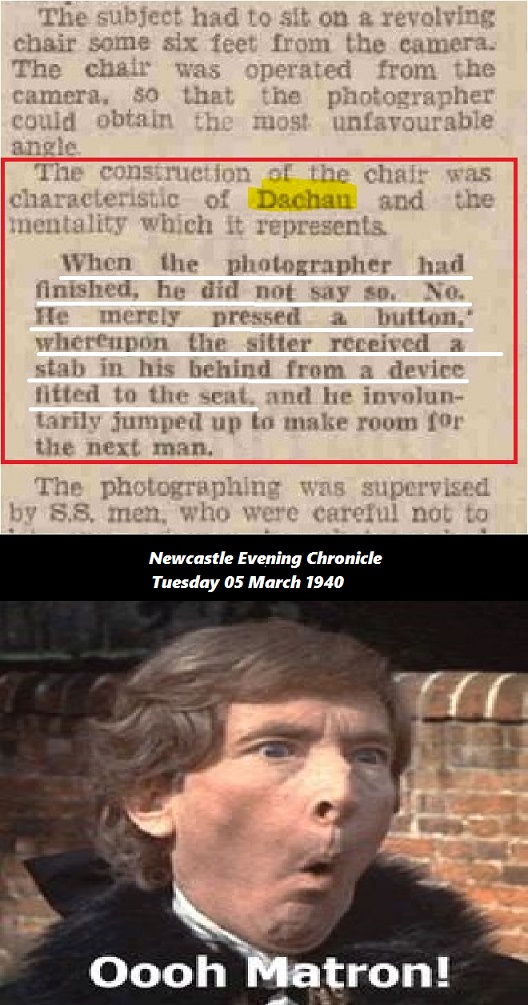 Goodness me that was a long time ago. I never saw that particular chair but I assume it was removed from public viewing during my visit for conservation work.

Kitty Hart-Moxon (1998): "Believe me, I came into Auschwitz in a much worse condition than I actually left it."
Top
Post Reply
3 posts • Page 1 of 1