Discuss the alleged Nazi genocide or other wartime atrocities without fear of censorship. No bullying of fellow posters is allowed at RODOH. If you can't be civil, please address the argument and not the participants. Do not use disparaging alterations of the user-names of other RODOH posters or their family members. Failure to heed warnings from Moderators will result in a 24 hour ban (or longer if necessary).
Post Reply
762 posts

A Mémoire of the Holocaust Years
Misha Defonseca, now living in Massachusetts, has admitted that her best-selling book was an elaborate fantasy she kept repeating, even as the book was translated into 18 languages and made into a feature film in France.
'This story is mine. It is not actually reality, but my reality, my way of surviving,' Defonseca said in a statement given by her lawyers to The Associated Press.
...Defonseca said she was poorly treated by her adopted family, called a 'daughter of a traitor' because of her parents' role in the resistance, which she said led her to 'feel Jewish.' 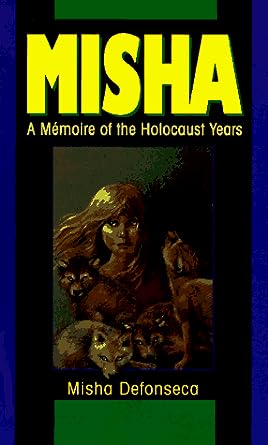 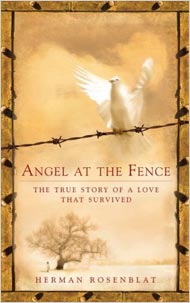 This latest literary hoax is likely to trigger yet more questions as to why the publishing industry has such a poor track record of fact-checking.

Herman Rosenblat, said he first met his wife while he was a child imprisoned in a Nazi concentration camp and she, disguised as a Christian farm girl, tossed apples over the camp’s fence to him. He said they met again on a blind date 12 years after the end of war in Coney Island and married.

In a statement released through his agent, Mr. Rosenblat wrote that he had once been shot during a robbery and that while he was recovering in the hospital, “my mother came to me in a dream and said that I must tell my story so that my grandchildren would know of our survival from the Holocaust.”

He said that after the incident he began to write. “I wanted to bring happiness to people, to remind them not to hate, but to love and tolerate all people. I brought good feelings to a lot of people and I brought hope to many. My motivation was to make good in this world. In my dreams, Roma will always throw me an apple, but I now know it is only a dream.”

By denier "logic", if a man falsely claimed to be a soldier in WWs 1 or 2 that means that these wars never happened. Deniers use a "convergence of doubt" to debunk the overwhelming evidence from all involved of extermination, very little can be explained by the usual "coercion/torture" claims.
„(...) Wenn wir irgendetwas beim Nationalsozialismus anerkennen, dann ist es die Anerkennung, daß ihm zum ersten Mal in der deutschen Politik die restlose Mobilisierung der menschlichen Dummheit gelungen ist.“ Kurt Schumacher 23. Februar 1932
Top

Dennis Avey was awarded a six-figure advance sum for his ‘I broke into Auschwitz’ book, much hyped in British national newspapers and the BBC, in 2009.
The Prime Minister decorated him as a living ‘Hero of the Holocaust.’
But, some wondered why no-one had heard about this daring exploit, for the previous six decades?

His book, published in ten different countries and then translated into 14 different languages, seemed rather similar to an earlier one, which Avey omitted to mention: John Castle's The Password is Courage about Sergeant-Major Charles Coward. Also later demonstrated to be fake.

The purpose in promoting Avey’s story seems to have been partially to help re-elect Labour in 2010 by appealing to the Jewish vote, and to re-emphasise for new generations the Holocaust mythology.
An alliance between the BBC, the Holocaust Education Trust (HET) and the Labour Party mis-used an old man’s dotty memory to put a 91-year old war-veteran onto a pedestal where he didn’t belong and from which he could not readily step down. Here are a pertinent couple of web-comments: ‘We should consider the hypothesis that Avey is a decent man fallen among politicians.’
‘Decent men don’t lie through their teeth as this man has been doing for a long time. He may be a compulsive liar and braggart who has now gotten in deeper than he might have wished.’
Maybe Avey just could not tell the difference between his real memories and those he had made up. 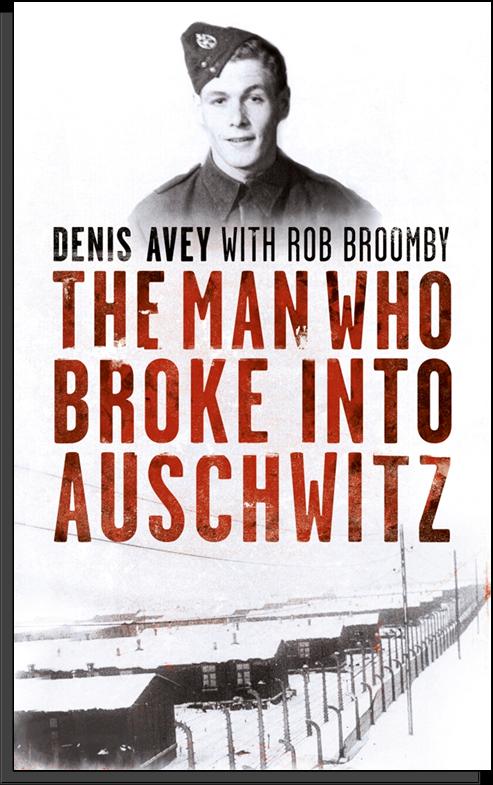 - Sam Pivnik, Polish Jewish inmate: “Avey’s story seems to me highly unlikely.”
- Brian Bishop, PoW also at camp E715. “I don’t believe it. I can’t understand how he did it. To do something like that you need to have several people helping on both sides — our side and the Jewish side. Why does he start telling this story now? I don’t understand why all these stories are coming out now. It looks like they’re waiting for everybody to die and then no one can contradict them.”
- Professor Kenneth Waltzer, director of the Jewish Studies Program at Michigan State University and world authority on the Nazi concentration camps: "The pattern of sustained silence, despite interviews, and then the tumbling out of the story does indeed raise suspicions."
- Dr Piotr Setkiewicz (head historian at Auschwitz) said that he did not believe Mr Avey’s story of the swap: "As there are no testimonies by other survivors, I certainly would not include this story in any book that I wrote."
- The World Jewish Congress "deeply concerned" that Avey’s story "...is exaggerated if not completely fabricated"
- Irena Steinfeldt, spokeswoman for Yad Vashem: "We went through several testimonies of Jewish inmates, and none of them mentioned that it happened. There was nothing to substantiate it."
"When people who are honestly mistaken learn the truth,
they either cease being mistaken
or they cease being honest"
-- Anonymous
Top

"Cherry picking, suppressing evidence, or the fallacy of incomplete evidence is the act of pointing to individual cases or data that seem to confirm a particular position, while ignoring a significant portion of related cases or data that may contradict that position. It is a kind of fallacy of selective attention, the most common example of which is the confirmation bias. Cherry picking may be committed intentionally or unintentionally." - Wikipedia.

All been-there does is trawl the internet for that which confirms his believes. Any challenge to such is dismissed as dishonest or results in a lecture about opening your mind.
Consistency and standards in evidencing viewtopic.php?f=13&t=2721#p87772
My actual argument viewtopic.php?f=13&t=2834

Oh Ghod, not all this again. It'll be the diamond lady next...

That might not be all that he does Nessie...but it is a fair proportion of it.
Viking; North Utsire; South Utsire; Forties; Cromarty; ; Firth; Tyne; Dogger. Fisher; German Bight; Humber; Thames *; Dover;
Top

Cerdic wrote:By denier "logic", if a man falsely claimed to be a soldier in WWs 1 or 2 that means that these wars never happened.

No, it means he is a liar, just like Misha Defonseca, Denis Avey, Irene Zisblatt and all the other so-called "survivors".
Kitty Hart-Moxon (1998): "Believe me, I came into Auschwitz in a much worse condition than I actually left it."
Top

Here's how it works. All survivors lie. Except when they say things Revisionists can use, then they are reliable.
Viking; North Utsire; South Utsire; Forties; Cromarty; ; Firth; Tyne; Dogger. Fisher; German Bight; Humber; Thames *; Dover;
Top

Hermann Rosenblatt engaging in a little chutzpah on national television. "It wasn't a lie, it was I was my imagination."

Kitty Hart-Moxon (1998): "Believe me, I came into Auschwitz in a much worse condition than I actually left it."
Top
Post Reply
762 posts