‘International Jewry’? What was that prior to 1939? And what is it now?

Discuss the alleged Nazi genocide or other wartime atrocities without fear of censorship. No bullying of fellow posters is allowed at RODOH. If you can't be civil, please address the argument and not the participants. Do not use disparaging alterations of the user-names of other RODOH posters or their family members. Failure to heed warnings from Moderators will result in a 24 hour ban (or longer if necessary).
Post Reply
1904 posts

This time it is the news that Rupert Murdoch’s news media ignored the evidence provided to it that she WAS a spy
and instead reported and spread false, anti-Iranian fake-news.

An analyst affirms that Australian-Briton received Israeli training for spying in Iran,

A political commentator has shed light on the case of Kylie Moore-Gilbert, an Australian-British citizen who served a prison sentence over espionage charges in Iran, highlighting US media’s dishonesty in intentional concealing of the truth about Tehran’s assertion that the academic lecturer had passed a special training course under Israel’s direct supervision for her spying mission in the country.

Tim Anderson, the director of the Centre for Counter Hegemonic Studies (CCHS) in Australia, said in an article published on the centre’s website on Friday that the American news mogul Rupert Murdoch's media outlet had spread misinformation over the convicted Israeli spy, Gilbert, who returned home to Australia from an Iranian jail late last year.

The British-Australian academic was freed from Tehran’s Evin prison in November after serving about two years of her 10-year jail term.

Iranian media reported that Gilbert had passed a two-year special training course in Israeli occupied territories for her spying mission and she had became fluent in Persian during the course and got prepared to perform espionage activities inside Iran.

...Anderson said he had provided Murdoch journalist Stephen Rice with evidence that Gilbert had engaged in Israeli “leadership training” for her spying mission in Iran through a fellowship offer in the Ein Prat Israeli leadership academy at the Alon Shvut settlement, one of many illegal settlements in the occupied West Bank.

Anderson added that Gilbert had received a scholarship for the course from Tikvah Fund, an institution committed to supporting the intellectual, religious, and political leaders of the Jewish people.

Anderson also underlined that Rice pretended Gilbert’s Israeli “leadership training” did not exist and he misled his readers.
"This willful ignorance and distortion of facts allows the Murdoch stable to keep representing the US backed regional wars in Palestine, Afghanistan, Iraq, Libya, Lebanon, Syria and Yemen as humanitarian exercises," he noted.

Gilbert traveled to different Iranian cities as part of her mission and gathered information.

Unaware that she was being watched by Iranian intelligence forces, the woman went to religious and tourist places in order to make her sojourn in Iran look normal.

She later tried to get in touch with some figures and targets to obtain economic and military information about Iran as well as the anti-Israel resistance front, but she was arrested in September 2018.

Following legal and judicial proceedings, the spy was sentenced to 10 years in prison for acting against Iran’s national security through her intelligence cooperation with the Israeli regime.

British-Australian academic, jailed for spying for Israel, is freed by Iran

Kylie Moore-Gilbert holds dual British and Australian citizenship, and is a fellow and lecturer in Islamic Studies focusing on politics in the Arab Gulf states, according to her biography on the University of Melbourne's website.

The website states that she graduated from the University of Cambridge in 2013 and completed her PhD at the University of Melbourne four years later. According to Australian state broadcaster ABC, she was in Iran in 2018 to start a course in the city of Qom when she was detained.

In 2019, Iranian judiciary spokesman Gholamhossein Esmaili said Moore-Gilbert had been "spying for another country." Moore-Gilbert was tried and sentenced to ten years in prison.

Kylie Moore-Gilbert is an Australian-British academic and expert on Islamic studies. She is a lecturer in Islamic studies at the University of Melbourne's Asia Institute and has carried out research into revolutions in the Middle East, in particular Bahraini politics and protests. From September 2018 to November 2020, she was imprisoned in Iran under a charge of espionage.

Kylie Moore-Gilbert is a Cambridge-educated scholar of Islamic studies, who worked as a lecturer at the University of Melbourne. Iran said she had received training in espionage from Israeli intelligence and attempted to gather classified materials on Iran's economic and military affairs during her second visit to the country. She was arrested in September 2018 as she was leaving Tehran.

...the Iranian government has agreed to release 33-year-old Kylie Moore-Gilbert. She was serving a 10-year prison sentence after being tried and convicted as an Israeli spy in 2018.

Iranian media said her release was made in exchange for securing the freedom of three Iranian citizens, who were held in a foreign prison.

Australian Foreign Minister Marise Payne said she was "extremely pleased and relieved" by Moore-Gilbert's release, while reiterating that her government was rejecting the grounds for her arrest and conviction. The academic denied any wrongdoing and staged several hunger protests during her incarceration.

And compare the Main-stream-Media’s emotionally-manipulative reporting of a convicted Israeli spy with whistle-blowing journalists who expose Western Governments crimes (e.g. Julian Assange, Chelsea Manning, Edward Snowdon, etc).
Assange can face psychological torture and solitary confinement in Belmarsh prison in Britain for exposing American crimes.
But this woman convicted of being a Jewish spy was supposedly in a “living hell”??! 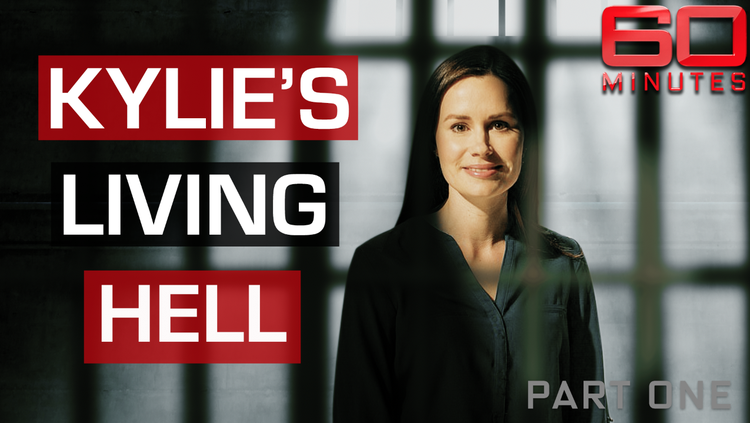 Here is the only sign of Kylie’s Jewish self-identity that I could find.
The Jewish community of Australia before her release were urging fellow-Jews that they must campaign for her.
Hmmmm?
I wonder why they as a community of JEWS felt such a duty and responsibility????

I doubt if she was a real spy, despite the conviction. If they thought she was the photo below would indicate the final result of her efforts. 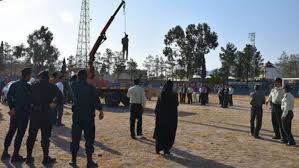 I doubt if she was a real spy, despite the conviction. If they thought she was the photo below would indicate the final result of her efforts.

That might be the fate of spies who were Iranian and thus traitors.

But that is not the fate of foreigners except in times of open war.
It is certainly not the fate of high-profile, educated, beautiful, white and probably Jewish westerners. The diplomatic fall-out and long-term repercussions would be too great.
"When people who are honestly mistaken learn the truth,
they either cease being mistaken
or they cease being honest"
-- Anonymous
Top

.
.
Edgar Bronfman, president of the World Jewish Congress,
threatening the foreign minister of Germany Lothar de Maizière
during his visit to New York in September 1990:

<< There will be a horrible end for Germany in case future generations should stop payments to Israel and to the World Jewry. The German people will disappear from the earth. >>

<< We will not permit a free and open discussion on history. >>

.
.
"When people who are honestly mistaken learn the truth,
they either cease being mistaken
or they cease being honest"
-- Anonymous
Top
Post Reply
1904 posts