The 'Achilles heel' of 'THE holocaust' - witnesses!

Discuss the alleged Nazi genocide or other wartime atrocities without fear of censorship. No bullying of fellow posters is allowed at RODOH. If you can't be civil, please address the argument and not the participants. Do not use disparaging alterations of the user-names of other RODOH posters or their family members. Failure to heed warnings from Moderators will result in a 24 hour ban (or longer if necessary).
Post Reply
347 posts

He notes and believes what (((witnesses))) conspire and collude to achieve a common goal: deception.

He notes and believes what (((witnesses))) conspire and collude to achieve a common goal: deception.

Anyone who undertakes an enquiry of such a kind is soon made aware of one important fact: the worthlessness of mere human testimony.
It is a chastening thought to a historian to consider how much of history is written on the basis of statements no more reliable than those of Admiral Doenitz, Dr. Spaeth, and Carmen Mory.
If such statements had been made and recorded with reference to the disputed death of the Czar Alexander I in 1825, plenty of historians would have been ready to take them seriously.

In this case they were made by contemporaries, and it was possible to check them.

The English historian James Spedding said that every historian, when faced with a statement of fact, must ask himself the question: who first said so, and what opportunities had he of knowing it?
Subjected to this test, much of historical evidence is found to dissolve.

...Of course not all legends are pure fabrication: there are degrees of human invention, and some myths have a basis of fact or at least of wishful thinking.

.
This topic-thread has concentrated so far almost soley on the vast collection of dubious, improbable and blatantly fraudulent witness testimony of so-called ‘survivors’ and bystanders of this legally-protected ‘history’ called ‘THE holocaust’.

But what of all the ‘eye-witness’ testimony of the confessing perpetrators?

Why would they ‘confess’ to an unevidenced — and often physically impossible — story of the mass-gassing millions of Jews if it had not occurred?

Had they perhaps been coerced?

Also why would the Third Reich top-brass deny any knowledge or involvement yet still ‘agree’ that an unevidenced programme for the mass-gassing millions of Jews had occurred?

To answer this, we need to start with the first public ‘confessor’ of mass-murdering Jews with gas: Rudolf Höß. 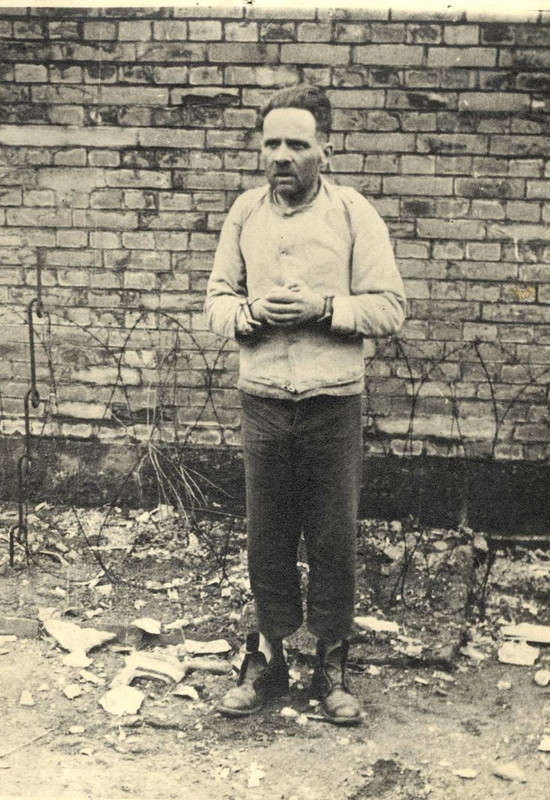 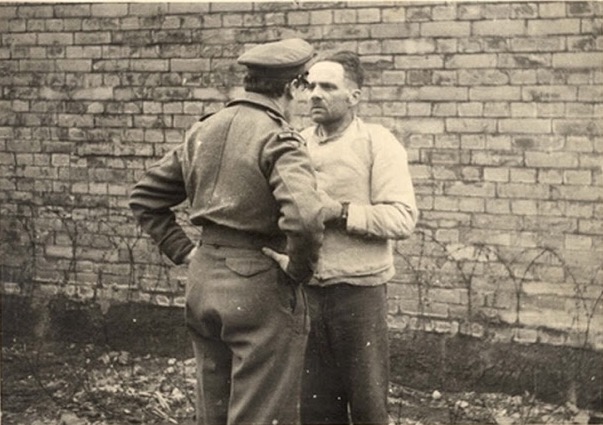 We KNOW that Rudolf Höß was tortured prior to his first public appearance at Nuremberg — naturally, a public appearance after first being given a haircut, shave, clean clothes, etc., in order to look well-cared for.
We know about his torture and coerced testimony as he wrote briefly about it. And we know about it from statements from his surviving daughter made decades later, about violent, frightening torture and coercion made upon her eldest brother and her mother by Jewish ‘intelligence’ soldiers.
And we know about this coercion not just from himself and his innocent children, but because his Jewish captors boasted of it decades later in memoirs and interviews. They even took photos of themselves doing it, and their handiwork! 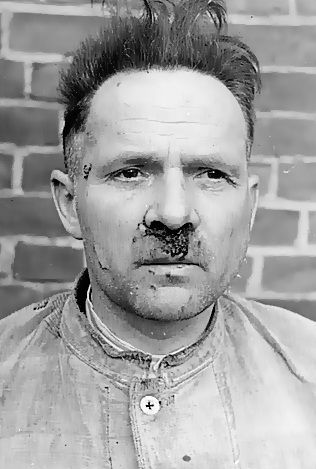 We know also that Julius Streicher was tortured, humiliated and ill-treated prior to his journey to Nuremburg. He courageously said so when in the witness box, though it wasn’t recorded in the transcription.

We know that Ernst Kaltenbrunner was wheeled into court in a wheelchair during the Nuremberg trials after a suffering a brain hemorrhage during his ‘interrogation’ in ‘the cage’ at London. Hmmmm? I wonder how that happened?

We know Hans Frank was brutally beaten before he was delivered to Nuremberg.

This seems to have been the proceedure, then: torture and beatings weeks or months PRIOR to their publc appearance at the Nurember show-trial. I.e. before they would be filmed for propaganda news reels.

It would appear they went a bit too far with Kaltenbrunner’s final pre-trial interrogation.


So that is how it was prior to Nuremberg.
But just how was it for them when they arrived at Nuremberg?

To answer that, here is an account of prison life for a VIP prisoner at Nuremberg that I just came across.
It was translated from German in 1960 by David Irving and is one of the many books of his research of primary sources that he has made available for free download on his website.

It shows how this particular high-rankng prisoner felt compelled to thank and praise his captors for their generosity(?), whilst simultaneously recording for posterity the effect their treatment of him had upon his physical and mental health?

And as this is the treatment meted out to a high profile prisoner put on public display, we can imagine the treatment of lesser mortals in Allied captivity, who wouldn’t later be paraded so publically and internationally.

This high-ranking prisoner had been sat in darkness in his cell every day for five months at the time of writing with just a ten minute period of outdoor exercise each day, and with no contact with the outside world, nor with other prisoners.

So for those self-deluders and deceivers who stupidly maintain there was absolutely no coercion of German prisoners, read on:

The conditions under which we have been living here for five months now [on remand in the Nuremberg Palace of Justice] are really less than enviable, since I know nothing at all about what has become of my country or my family, and indeed about what is to become of myself. For the last two months we have been permitted to write letters and postcards, but we have received no replies. That all these circumstances are not without their effect on my health, nerves and frame of mind is self-evident. Since May [1945] I have lost two stone in weight, of which I have lost one stone in the last eight weeks alone here in prison at Nuremberg. Now I cannot lose any more.

I can well understand the fact that we soldiers are to be called to account by the Allied military tribunal and that we have to be kept apart while on remand for investigations, but I find that my being deprived of even the most humble necessities for my cell is a far greater burden to bear than the admittedly wearying interrogations, where every testimony I make — being under oath — has to be carefully weighed.

I mention only a few of the deprivations. From 5:30 P.M., or when it grows dark — which at present is considerably earlier than that — one must sit and brood in darkness, because they have taken away my glasses and it is impossible to read even by the glimmer of light coming in from the corridor outside.
Secondly, one has only a bunk and a small table, with no desk or shelf, and even the wooden chair is taken out.
Thirdly, there is nothing to hang or lay one’s clothes and underwear on: one is obliged to lay it on the stone floor, so it is impossible to keep one’s clothes clean.
Fourthly, the window which ventilates the cell and regulates the temperature cannot be operated from inside.
Fifthly, one is restricted to ten minutes exercise in the open air each day.

Those are only the worst deprivations, which seem to go some way beyond what is already a decidedly austere furnishing of a remand prison. The effects of all this on my frame of mind, and the uncertainty over my fate, are gradually taking their toll on my physical and mental capacities.

I must stress that by drawing up this list of reasons for my unchecked physical and mental decline I am not raising any complaints, because I have no doubt as to the basically good intentions of my immediate custodians [the Americans] and because I have benefited personally from the manifold help of the American military surgeons, and I must make my gratitude to them quite plain. But my permanent back pains are physical torture to a man of sixty who is not even permitted a chair with a back to it.

Hundreds of direct witnesses to gassings;

Scott - On a side note, this forum is turning into a joke with the vicious attacks--and completely unnecessary vitriol--that everybody is making upon each other.
Top
Post Reply
347 posts

Users browsing this forum: No registered users and 46 guests