Discuss the alleged Nazi genocide or other wartime atrocities without fear of censorship. No bullying of fellow posters is allowed at RODOH. If you can't be civil, please address the argument and not the participants. Do not use disparaging alterations of the user-names of other RODOH posters or their family members. Failure to heed warnings from Moderators will result in a 24 hour ban (or longer if necessary).
Post Reply
275 posts

DasPrussian will be sitting out the next 6hrs on the benches for the excessive use of foul language and name calling.

I have now edited the spelling mistake from the Kitty Hart video which upset DasPrussian so much recently. The damned video editing software is still playing up though, even after a fresh install.

Did anyone else notice Kitty slips up at time stamp 1:05 and says we instead of you when describing her mothers speech to the other privileged functionary prisoners?
https://youtu.be/qxMTWP2f8sg
Kitty Hart-Moxon (1998): "Believe me, I came into Auschwitz in a much worse condition than I actually left it."
Top

So what you are basically saying is Kitty Hart Moxon who has always portrayed herself as a poor downtrodden Auschwitz survivor actually had a very easy time of it during her stay at Birkenau. I have now read this topic in its entirety and can scarcely believe she has gotten away with pulling the wool over so many people's eyes for so long.
Top

Ian Hazard wrote:So what you are basically saying is Kitty Hart Moxon who has always portrayed herself as a poor downtrodden Auschwitz survivor actually had a very easy time of it during her stay at Birkenau as a functionary prisoner. I have now read this topic in its entirety and can scarcely believe she has gotten away with pulling the wool over so many people's eyes for so long.

That's basically the gist of it, Ian. Of course there is a hell of a lot more damning evidence to support my thesis which remains under wraps for obvious reasons. When the time comes and I go public with my work there will be no lies left standing which KHM can hide behind.
Kitty Hart-Moxon (1998): "Believe me, I came into Auschwitz in a much worse condition than I actually left it."
Top

It appears the forces of darkness and ignorance have been flexing their muscles again. I am sure the astute reader will quite rightly consider this act of censorship a declaration of bankruptcy by the Holocausters.

Due to my latest Kitty Hart video being censored in the following countries by YouTube: Austria, Switzerland, Czech Republic, Germany, France, French Guiana, Guadeloupe, Israel, Italy, Martinique, New Caledonia, French Polynesia, Poland, Saint Pierre and Miquelon, Reunion, French Southern Territories, Wallis and Futuna, and Mayotte. I have uploaded a copy to Vimeo so that all visitors to this forum can witness Kitty Hart Moxon's dishonesty for themselves.

Who would make a legal complaint about a video which exposes a liar? Who doesn't want the truth about Kitty Hart Moxon's deceitfulness made known to the world?

Was it a mindless, zealot True Believer like Nessie, Duke Umeroffen, or DasPrussian? Could it have been the USC Shoah Foundation who own the very short video clip included in my film (used in full compliance with the fair use act)? The most logical conclusion to the above questions is that unknown members of the Jewish community are actively engaged in defending a known liar and in censoring any critique of the holocaust.

Jews don't want to listen to Kitty Hart's lies but it seems they are more than happy for Goyim to be continuously subjected to them:

Last year, I gave a presentation to a Jewish audience. I was about a quarter of the way through when someone stood up and announced, 'I don't really want to hear any more of this.' I was forced to stop.

You probably grassed on yourself, Traynor - in order to create the impression you're being hounded by the authorities , as we all know without these paranoid delusions, you cannot function in a normal manner .

As you can see for yourself, I very rarely appear on the 'grassing thread' (ie complaints to the moderator ), as I find grassing to be the lowest of the low. I personally wouldn't even grass on my worst enemy. Who needs to inform on people like you when it's much easier to just sit back and demonstrate through wit and sarcasm, what a complete cock you are !
All I want for Christmas is a Dukla Prague away kit
Top

The year started well for Kitty Hart Moxon with her lie filled documentary One Day in Auschwitz becoming a TellyAwards (2016) winner. Kitty and her supporters don't yet know it but 2016 will actually mark the beginning of her downfall. There are so many easily debunked lies in this documentary that one could effortlessly fill an entire chapter of a book with them. Bwahahaha! 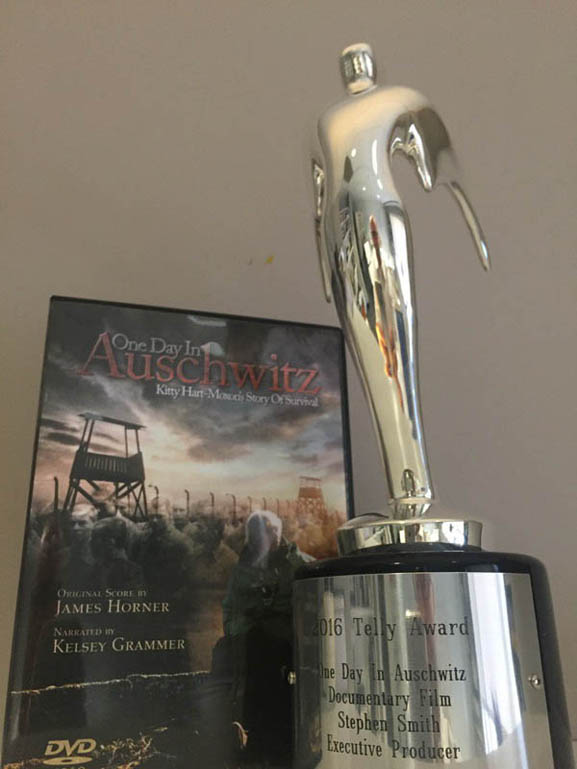