Authored by Alain Destexhe via The Gatestone Institute,

France's Minister of National Education, Jean-Michel Blanquer, has reopened the heated debate on the headscarf. 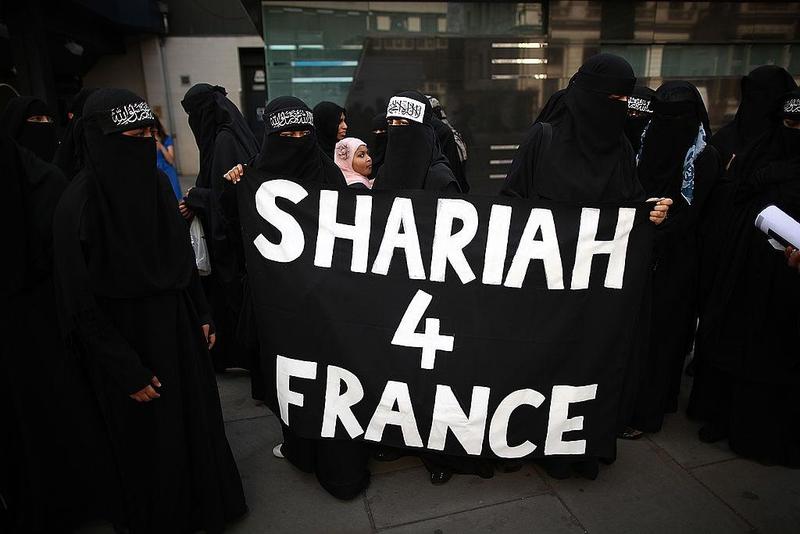 Since 2004, it is unlawful in France to wear "conspicuously" religious signs or clothing in public schools. The interpretation of the law, as applied by the Ministry of National Education, specifies "the Islamic veil, whatever the name given to it, the [Jewish] kippah or a [Christian] cross of manifestly excessive size" as items that students are prohibited to wear in French state schools.

However, women who are escorting children during school trips are still allowed to wear a hijab. As an increasing number of Muslim women have been doing so, this has disturbed some teachers and parents. They believe that the spirit of the law -- that headscarves should be banned from schools -- is not being respected.

Recently, Blanquer sparked an outcry by saying that "the veil is not desirable" in French society. He added that this was his conception of "women's empowerment" and "the practice of women wearing a hijab during school trips should not be encouraged."

Reacting to another incident, in which an elected official from the Rassemblement National party complained about a woman wearing a headscarf while accompanying children on a visit to the Burgundy Regional Assembly, some well-known actors and academics published an op-ed in Le Monde accusing Blanquer of "stigmatization at the highest level of the state."

Blanquer's statement has created a deep division not only within French society, but also in President Macron's ruling party, La République En Marche ! (LREM). Christian Jacob, the newly elected president of the right-wing Les Républicains party, called for a new law banning anyone from wearing hijabs on school trips.

Members of Parliament from LREM condemned Blanquer's statement; even President Emmanuel Macron's spokesperson, Sibeth Ndiaye, said "she doesn't have any problem with a woman wearing a hijab during school trips".

Many are now calling for Macron to clarify his position on the issue. This is indeed long overdue. On many issues, particularly on sensitive ones such as Islam or immigration, Macron has repeatedly avoided taking a clear stand and prefers to remain ambiguous. He has become famous for repeating "at the same time" ("en même temps") when tackling a serious issue. According to a survey, 70% of the French people are in favor of banning headscarves during school trips, but many members of parliament from Macron's LREM party come from the left (mainly from the Socialist Party) and would not support such a law.

The 2004 law was adopted based on the principle of "secularism" (laïcité), which is enshrined in the Article I of the French Constitution.

The English word "secular" does not quite reflect the meaning of the French word "laïque" which is a kind of enforced neutrality. To many French people, it is a word defining the very nature of what it means to be French today. It is also a word central to the attitude of the French state towards religion. It implies a clear separation not only of religion and State but also between a citizen's private life and his religious beliefs on one hand, and his life in the public sphere on the other. The visible presence of Islam in the streets, schools, shops (halal goods and restaurants) and public life in general is seen by many as an aggression against the French way of life.

Based on this concept of secularism, a law prohibiting the "wearing of signs of outfits with which students conspicuously ["ostensiblement"] manifest religious affiliation" in primary and secondary public schools was adopted in 2004. This included religions other than Islam, particularly Catholicism and Judaism, although the issue that the law was intended to address was exclusively linked to the practice of Islam. But the principle of equality before the law and the non-discrimination laws made the application of the law compulsory for everyone, whether their religious conduct created problems or not.

The hijab is, of course, just a symptom of a deeper problem: many perceive it as the symbol of an invasion by an outside culture into the public sphere. In Europe today, there are more and more requests to build new mosques, and a growing number of women, particularly young ones, who now wear the hijab on the streets, refuse to shake hands with males.

The progressive Islamization of society has also had consequences in schools. Some girls do not attend physical education classes; theories of evolution are criticized during biology classes; and it has even become difficult to teach the history of the Holocaust in schools with a majority of Muslims pupils.

The Islamic distinction between halal (authorized) and haram (prohibited) has become a central question in the daily life of many Muslims in Europe. More and more young people observe Ramadan, fasting during daylight hours for an entire month, which makes difficult for them to concentrate during classes and participating in school gym classes, which are compulsory in schools' curriculum.

This behavior seems to worry many French people, who see it as a direct attack on their culture and identity, and a desire to live separately from the rest of society and according to other values. Behind those claims, they see the hands of the Muslim Brotherhood or religious ideologies whose ultimate goal seems to be to propagate these values and impose them on the rest of society. According to the Pew Research Center, the Muslim population of France, now about 9%, could increase up to 18% in 2050.

Many believe that if those problems are not addressed now, it soon might be too late. It will create a fait accompli and France will no longer be a single nation, but would become a de facto multicultural state where everyone lives according to his own values, history and culture -- a point of view described in the 2015 novel, Submission by Michel Houellebecq.