The RODOH Lounge is a place for general discussion, preferably non-Holocaust. The Lounge is only lightly moderated but please keep this a friendly place to chat with and get to know your fellow board participants.
Post Reply
62 posts

When Bill Clinton was sworn in on 20 January 1993, I was going to school and working part time as an Engineer at an AM radio station as the talk radio format was taking off.

I could not stand the Conserva-tard talk radio format, but it was better than Oprah, which I used to have to sit through when I worked as a Broadcast Engineer in television not long before.

I doubt that I have listened to more than a handful of Rush Limbaugh broadcasts, if that, since that time, and Mr. Limbaugh is still on the air, though having terminal cancer it probably will not be for very long, I suppose.

I could see that Limbaugh was an entertainer and not too politically serious, which I found annoying and still do. Limbaugh will always be Kosher on some level. Pat Buchanan is about the only political commentator that I have actually admired. And I never could stand Sean Hannity, etc. at Fox, although Tucker Carlson is sometimes okay.

I knew much more about Rush Limbaugh than I actually listened to him. One clean-cut kind of guy looking for some solace with somebody who was probably not a fellow-traveler in a very Liberal Sociology class, asked me what I thought of "Rush."

I spaced it and thought that he was talking about the musical group, ha ha. I had seen the band Rush in concert in May of 1978 in the stadium right on that campus. It was pretty awesome. Rush recently retired after faux Ayn Randian lyricist and drummer Neil Peart died not long ago. But the other Rush is still hanging in there.

One good thing to say about Rush, the radio personality, is that Liberals hated him.

Mr. Limbaugh really triggered the Liberal professor I was taking a class from who was an Eastern Indian that spoke with an accent that I could barely understand (and I am usually pretty good with accents). The professor would listen to the Rush program on the radio before class and then shriek with a cadence like Apu from the Simpsons TV show to his captive pupils:

"You do not have to think how Meezter Rush Leembah tells you to."

So anyway, from that cold January day in 1993 when William Jefferson Clinton was inaugurated and became President of the United States of America─with the woke Negress Maya Angelou poeting at the event─pretty hilarious, Rush Limbaugh would begin his radio program every day banging his shoe on the desk with something like:

Inaugural poet Amanda Gorman: "Even as we grieved, we grew." 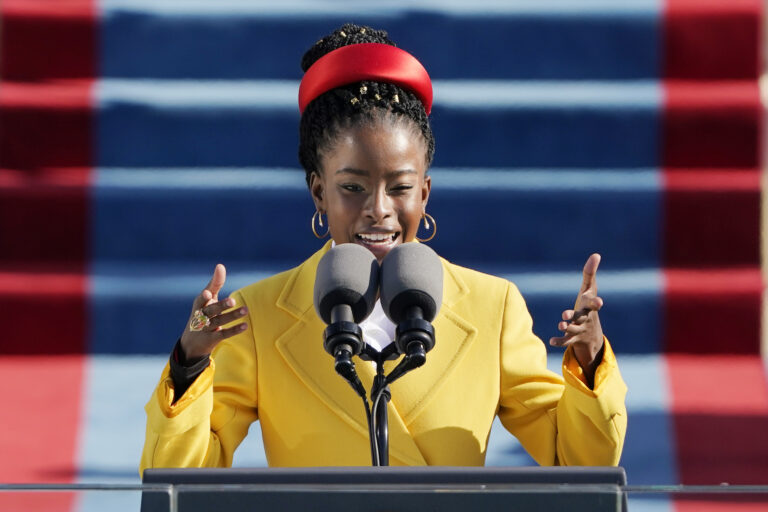 Scott, you sound like someone who needs to undergo 25 years of rigorous imprisonment to sort his head out. 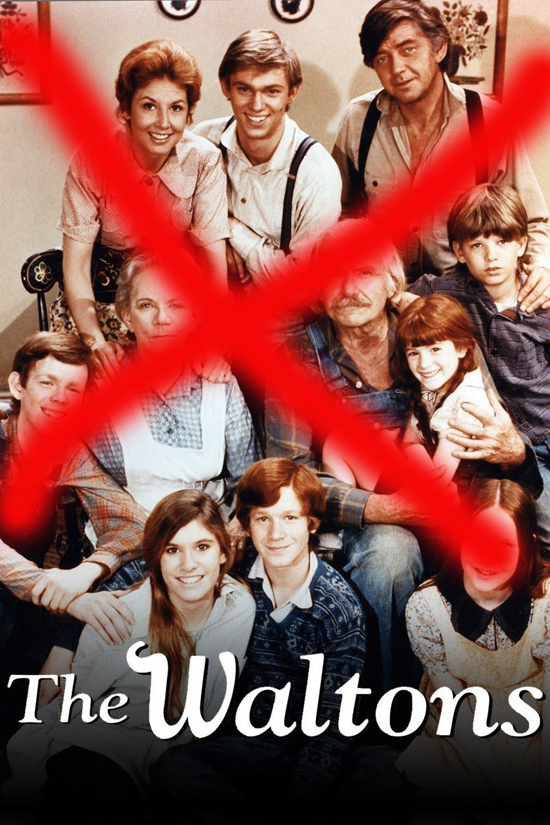 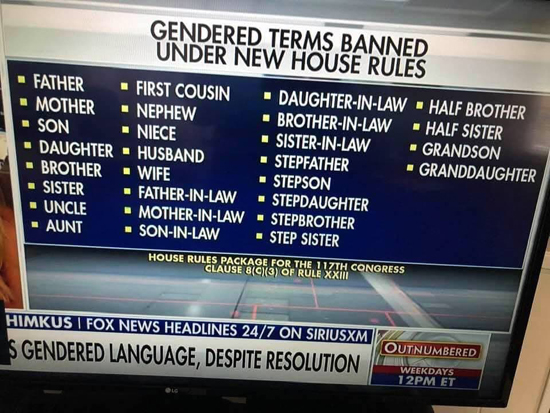 God help us all!
Kitty Hart-Moxon (1998): "Believe me, I came into Auschwitz in a much worse condition than I actually left it."
Top

God help us all!

The Xiden/Harass administration is such a monumental ode to the 'United States of Phucktardia.'
Top 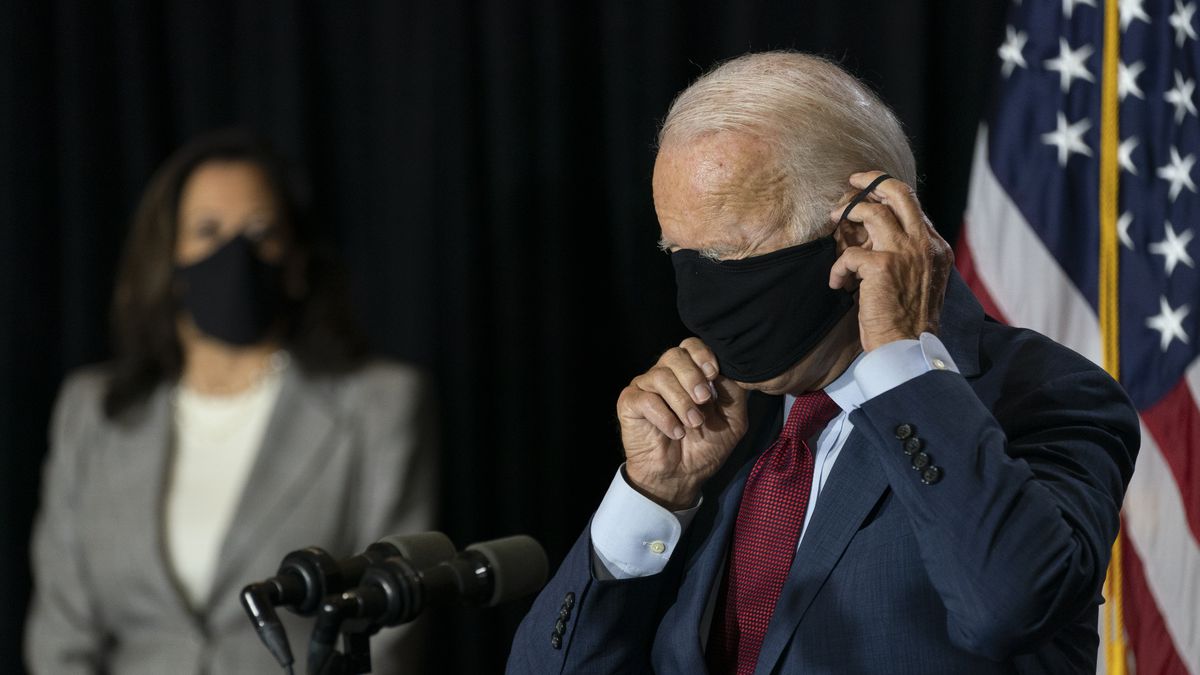 Despite his earpiece allegedly instructing him to engage formality, Biden is apparently too 'bored' to salute the Marines.

rense dot com is good for 'trivial' things like this. (audio/video clip lifted from C-SPAN)

This now all effuses a stench of occulted ritual practice.
Top

Jill Biden was giving cookies to deserving people. You will not be getting any sorry Torus. 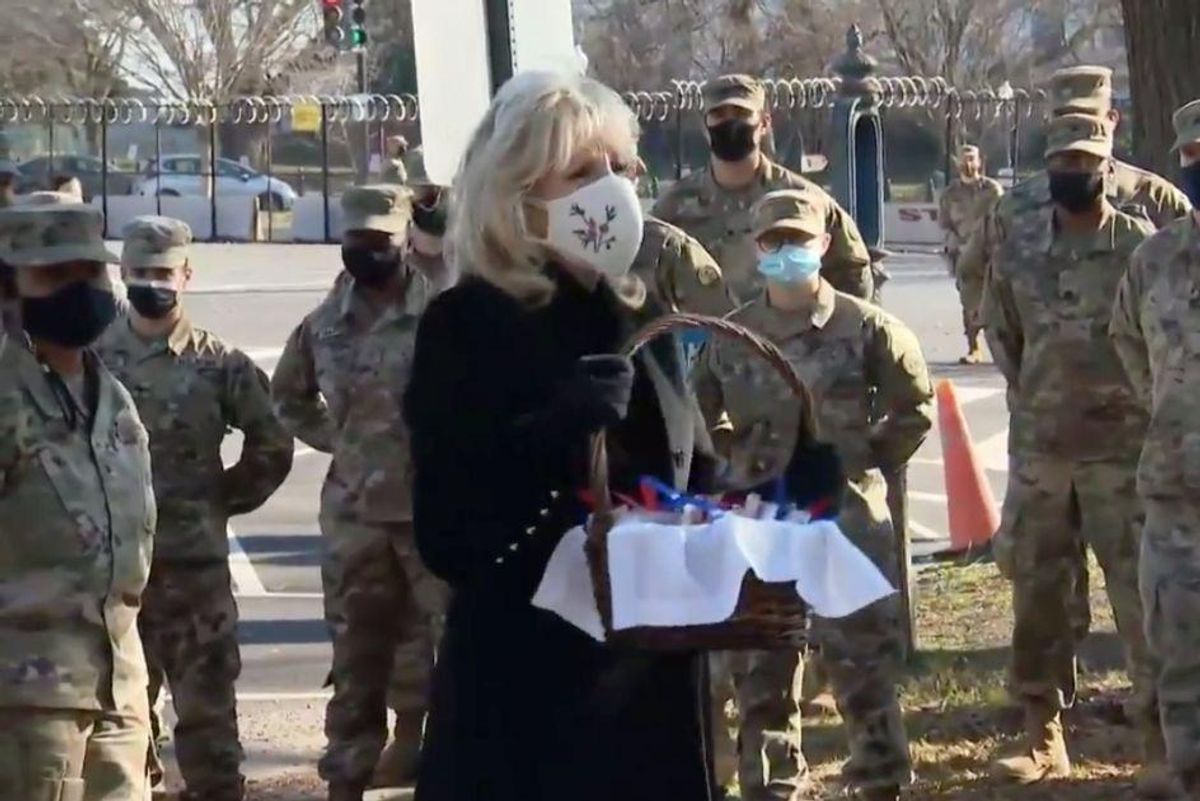 Aww, isn't that cute? All the soldiers standing at parade rest while the pedo's mnder has her little photo op holding a little symbolic basket of cookies. Huntinger's heroine in action.
Top

CNN pundits weigh in on the SUPREMACY of the white serving towel. Dismay strikes their troubled hearts as it blatantly dominates the brown basket. Some have gone as far to speculate that it's not a serving towel at all....It's a KKK headpiece.
Top

"Dr." Biden was then asked to name 3 famous Mickeys.