Did Hitler really say that, Scott, about Zionism?
Top

Jim Rizoli posted this on his website about one person's take on Hitler's stance towards Zionism:

This guy's extremism notwithstanding, I had always thought that Hitler did make a deal at some point right before or during the war...the transfer something agreement...that was in fact a deal with the Zionist jews.
Last edited by Freya on 01 May 2019, 11:48, edited 1 time in total.
Top

Here is a comprehensive article about how contemporaneous supposed pro-white advocacy relates to Zionism:

What Hitler said in the past is no longer relevant. He was the second leader of a party, just a politician who did the best he could in awful circumstances. It is easy with armchair fireside complacency to criticize him, but Jude are still the issue; they piss off everyone from Muslims to Buddhists and atheists. If they just got on with their lives without interfering in world politics it would be fine, but soon with the in equal distribution of wealth and climate issues they are responsible for they may find a real holocaust. 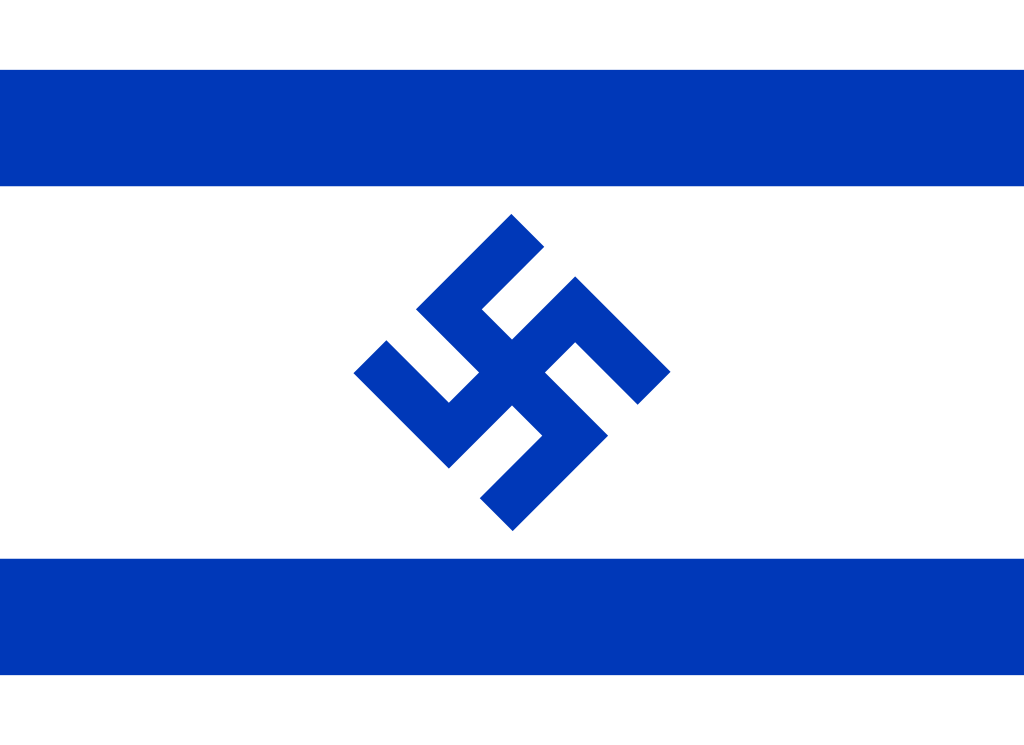 Adolf Eichmann wrote:In the years that followed (after 1937) I often said to Jews with whom I had dealings that, had I been a Jew, I would have been a fanatical Zionist. I could not imagine anything else. In fact, I would have been the most ardent Zionist imaginable.

Zionism and the Third Reich
https://www.ihr.org/jhr/v13/v13n4p29_Weber.html

History of Israeli Far-Right Collusion with Both Hitler and Stalin
https://www.richardsilverstein.com/2017 ... er-stalin/

Not sure why you are quoting Herr Eichmann, without his enforced infamy at the hands of Jude he is just a tourist operator in uniform. He wasn't even a fanatical National Socialist so I do not see why he would be a fanatical Zionist. He as just a bureaucrat. Interesting though.. thanks.

I just found an Online version at random and it may not be the best translation. One should read the entire chapter for context as MK meanders, but this is the most relevant part, emphases mine:

The ignorance of the broad masses about the inner nature of the Jew, the lack of instinct and narrow-mindedness of our upper classes, make the people an easy victim for this Jewish campaign of lies.

While from innate cowardice the upper classes turn away from a man whom the Jew attacks with lies and slander, the broad masses from stupidity or simplicity believe everything. The state authorities either cloak themselves in silence or, what usually happens, in order to put an end to the Jewish press campaign, they persecute the unjustly attacked, which, in the eyes of such an official ass, passes as the preservation of state authority and the safeguarding of law and order.

Slowly fear of the Marxist weapon of Jewry descends like a nightmare on the mind and soul of decent people.

They begin to tremble before the terrible enemy and thus have become his final victim.

The Jew's domination in the state seems so assured that now not only can he call himself a Jew again, but he ruthlessly admits his ultimate national and political designs. A section of his race openly owns itself to be a foreign people, yet even here they lie. For while the Zionists try to make the rest of the world believe that the national consciousness of the Jew finds its satisfaction in the creation of a Palestinian state, the Jews again slyly dupe the dumb Goyim. It doesn't even enter their heads to build up a Jewish state in Palestine for the purpose of living there; all they want is a central organization for their international world swindle, endowed with its own sovereign rights and removed from the intervention of other states: a haven for convicted scoundrels and a university for budding crooks.

It is a sign of their rising confidence and sense of security that at a time when one section is still playing the German, Frenchman, or Englishman, the other with open effrontery comes out as the Jewish race.

How close they see approaching victory can be seen by the hideous aspect which their relations with the members of other peoples takes on.

With satanic joy in his face, the black-haired Jewish youth lurks in wait for the unsuspecting girl whom he defiles with his blood, thus stealing her from her people. With every means he tries to destroy the racial foundations of the people he has set out to subjugate. Just as he himself systematically ruins women and girls, he does not shrink back from pulling down the blood barriers for others, even on a large scale. It was and it is Jews who bring the Negroes into the Rhineland, always with the same secret thought and clear aim of ruining the hated white race by the necessarily resulting bastardization, throwing it down from its cultural and political height, and himself rising to be its master.

For a racially pure people which is conscious of its blood can never be enslaved by the Jew. In this world he will forever be master over bastards and bastards alone.

And so he tries systematically to lower the racial level by a continuous poisoning of individuals.

And in politics he begins to replace the idea of democracy by the dictatorship of the proletariat.

In the organized mass of Marxism he has found the weapon which lets him dispense with democracy and in its stead allows him to subjugate and govern the peoples with a dictatorial and brutal fist.

He works systematically for revolutionization in a twofold sense: economic and political.

Around peoples who offer too violent a resistance to attack from within he weaves a net of enemies, thanks to his international influence, incites them to war, and finally, if necessary, plants the flag of revolution on the very battlefields.

In economics he undermines the states until the social enterprises which have become unprofitable are taken from the state and subjected to his financial control.

In the political field he refuses the state the means for its self-preservation, destroys the foundations of all national self-maintenance and defense, destroys faith in the leadership, scoffs at its history and past, and drags everything that is truly great into the gutter.

Culturally he contaminates art, literature, the theater, makes a mockery of natural feeling, overthrows all concepts of beauty and sublimity, of the noble and the good, and instead drags men down into the sphere of his own base nature.

Religion is ridiculed, ethics and morality represented as outmoded, until the last props of a nation in its struggle for existence in this world have fallen.

(e) Now begins the great last revolution. In gaining political power the Jew casts off the few cloaks that he still wears. The democratic people's Jew becomes the blood-Jew and tyrant over peoples. In a few years he tries to exterminate the national intelligentsia and by robbing the peoples of their natural intellectual leadership makes them ripe for the slave's lot of permanent subjugation.

The most frightful example of this kind is offered by Russia, where he killed or starved about thirty million people with positively fanatical savagery, in part amid inhuman tortures, in order to give a gang of Jewish journalists and stock exchange bandits domination over a great people.

The end is not only the end of the freedom of the peoples oppressed by the Jew, but also the end of this parasite upon the nations. After the death of his victim, the vampire sooner or later dies too.

If we pass all the causes of the German collapse in review, the ultimate and most decisive remains the failure to recognize the racial problem and especially the Jewish menace.


The Haavara Agreement was a complicated (mostly prewar) expedient that didn't really work out, and in any case, doesn't negate the above.

" Hitler's own support of the Haavara Agreement was unclear and varied throughout the 1930s. Initially, Hitler seemed indifferent to the economic details of the plan, but he supported it in the period from September 1937 to 1939. " [22] IBID

[EDIT: Changed "mostly wartime" to "mostly prewar," which is probably more accurate.]
“So people are getting injured, and our job is to protect this business, and a part of my job is to also help people. If there’s somebody hurt, I’m running into harm’s way. That’s why I have my rifle, because I need to protect myself, obviously. But I also have my med-kit.”

Very interesting. Thanks, Scott. I personally couldn't see Hitler being an outright Zionist, but perhaps at times he contemplated deals with Zionists out of the sheer expedience you cite.

Here is a follow up article written yesterday about the San Diego synagogue shooter (or psy op depending on your perspective) that addresses this issue of Christian doctrine and Zionism:

The author discerns between the Zionism of Christian doctrine versus what she and jews deride as the 'anti-semitism' of replacement theology. It's basically a lecture to Christian evangelicals to remain obedient to the Chosen People.
Top