The RODOH Lounge is a place for general discussion, preferably non-Holocaust. The Lounge is only lightly moderated but please keep this a friendly place to chat with and get to know your fellow board participants.
Post Reply
6 posts • Page 1 of 1

I know many would want to take away my liberal card, but maybe I'm just crazy, but I believe we owe it to apostates to close the borders and protect them. I feel that letting in the bad ones is a slap in the face to the ones who trusted the west to protect them in the event of their fleeing.

Remember guys, Muslims love free speech. If you talk about Muslim crime stats that are disproportionate, how sharia law contradicts all western liberal values, you're a racist that wants to put Jews in ovens and execute all Muslims...including atheists, gays and female ex Muslims that are begging to close the borders and would love being a minority in a white majority nation that actually protects women, girls, gays and atheists and free speech. If you care about women and girls and gays, you're a racist. Sound stupid? Yes. But that's Nessie style liberalism for you. Full of non sequitors and ridiculous paranoia about free speech. Muslims who behead people and murder cartoonists are the victims. White Europeans who fought and died for free speech are creating hate. Not Muslims who murder people and break the law.

SCOTTISH BILL WOULD CRIMINALIZE ‘HATE SPEECH’ AT THE DINNER TABLE
October 30, 2020
| No Comments

A bill introduced in Scotland aims to make conversations occurring in private homes illegal if they are deemed to promote “hatred,” The Times of London reports.

Under the proposed law, journalists and theater directors will also face prosecution if their work is believed to enflame prejudice or “hatred,” according to the Times.

The Hate Crime and Public Order (Scotland) Bill has been condemned by critics including the Scottish Catholic Church, police representatives, academics and artists over concerns over freedom of speech and freedom of expression. Mr Bean star Rowan Atkinson, writer Val McDermid, and BBC Scotland have all raised concerns over the legislation, reports The Express.

The bill is somewhat based on the Public Order Act of 1986 which bans threatening, abusive, or insulting words but goes a step further in getting rid of that law’s “dwelling defense.”

Yousaf told parliament that, unlike the existing law, his bill will have no “dwelling defense,” meaning people in Scotland can be prosecuted for things they say in their own homes and sitting around the kitchen table. Friends, guests, and family members could report improper conversations they overhear in private homes to authorities for investigation.

“This extraordinary plan to criminalise private conversations in the home reveals the sinister underlying motive in hate-speech laws. The state and its supporters claim these laws are needed to protect vulnerable people against ‘threatening, abusive or insulting words’. Even imposed on public discussion, such laws pose a mortal threat to the right to be offensive, a key aspect of real freedom of speech,” Mick Hume of Spiked wrote of the controversial legislation.

After answering questions before parliament, Yousaf was forced to amend the legislation in order for ensure it advances through the legislature. MSPs expressed concern over language in the bill that criminalized “stirring up hatred.”

The bill now criminalizes “stirring up offenses” instead and would be limited to “intent” relating to age, disability, religion, sexual orientation, transgender identity and variations in sex characteristics.

“The point of stirring up offenses and the reason why I think we need these offenses is their effect is or could be to motivate people who carry out acts of hatred, violence, assaults and so on against members of groups who belong to particular communities,” Yousaf said of the bill.

“What it does is if you’re stirring up religious hatred against Jews, with the intent of stirring up hatred in your private dwelling with your children in the room, with friends you’ve invited over for a dinner party if they then act upon that hatred and commit offenses that would be prosecuted by the law, should the person who with the intent of stirring up hatred if their behavior was threatening or abusive, should that person not be culpable? Should they not receive criminal sanction?” he added.

Hate crime bill: Hate talk in homes ‘must be prosecuted’ 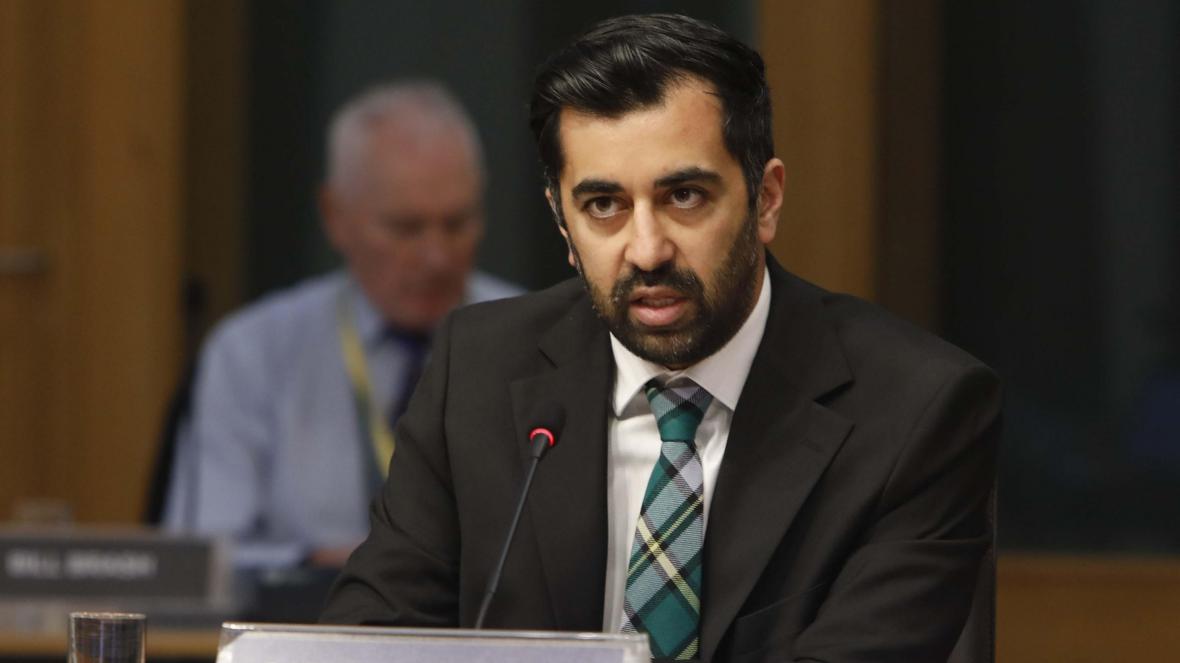 Conversations over the dinner table that incite hatred must be prosecuted under Scotland’s hate crime law, the justice secretary has said.

Journalists and theatre directors should also face the courts if their work is deemed to deliberately stoke up prejudice, Humza Yousaf said.

The Hate Crime and Public Order (Scotland) Bill has been condemned by critics including the Scottish Catholic Church, police representatives, academics and artists. It will introduce an offence of stirring-up of hatred against people with protected characteristics, including disability, sexual orientation and age.

The bill is loosely based on the Public Order Act 1986, which outlaws threatening, abusive or insulting words and behaviour but includes a “dwelling defence” that states the threatening language cannot be prosecuted if it is spoken in a