The RODOH Lounge is a place for general discussion, preferably non-Holocaust. The Lounge is only lightly moderated but please keep this a friendly place to chat with and get to know your fellow board participants.
Post Reply
196 posts

Trump was never indifferent to Israel. Contrary to people such as Mark Glenn of The Ugly Truth website, Trump has ALWAYS praised Israel in the most shameful way.

Trump lied about his intentions in Syria as a candidate, afaik. That's what it looks like. He was never "indifferent to Israel" though.

2. Trump the president has become Israel’s biggest cheerleader and has launched US missiles at Syria.

Trump's initial position was that he was going to be “neutral” regarding Israel, and he thought the problem for a peace deal was Israel itself.

February 17th, 2016 in an MSNBC interview Trump was asked where he stood on the Israeli/Palestinian conflict.
Here is his answer:

“I don’t want to get into it for a different reason, Joe, because if I do win, there has to be a certain amount of surprise, unpredictability. Our country has no unpredictability. If I win, I don’t want to be in a position where I’m saying to you, and the other side now say, ‘We don’t want Trump involved, we don’t want...’ — let me be sort of a neutral guy, let’s see what... I’m going to give it a shot. It would be so great."


Even earlier in December 2015, he was even critical of Israel implying that they were the problem as it was they who didn't really want peace. Here is what Trump said in that AP interview:

“I have a real question as to whether or not both sides want to make it. A lot will have to do with Israel and whether or not Israel wants to make the deal — whether or not Israel's willing to sacrifice certain things. They may not be, and I understand that, and I'm OK with that. But then you're just not going to have a deal.”
https://www.theatlantic.com/politics/ar ... el/418737/

In a later conference with the Republican Jewish Coalition the same day he repeated that. 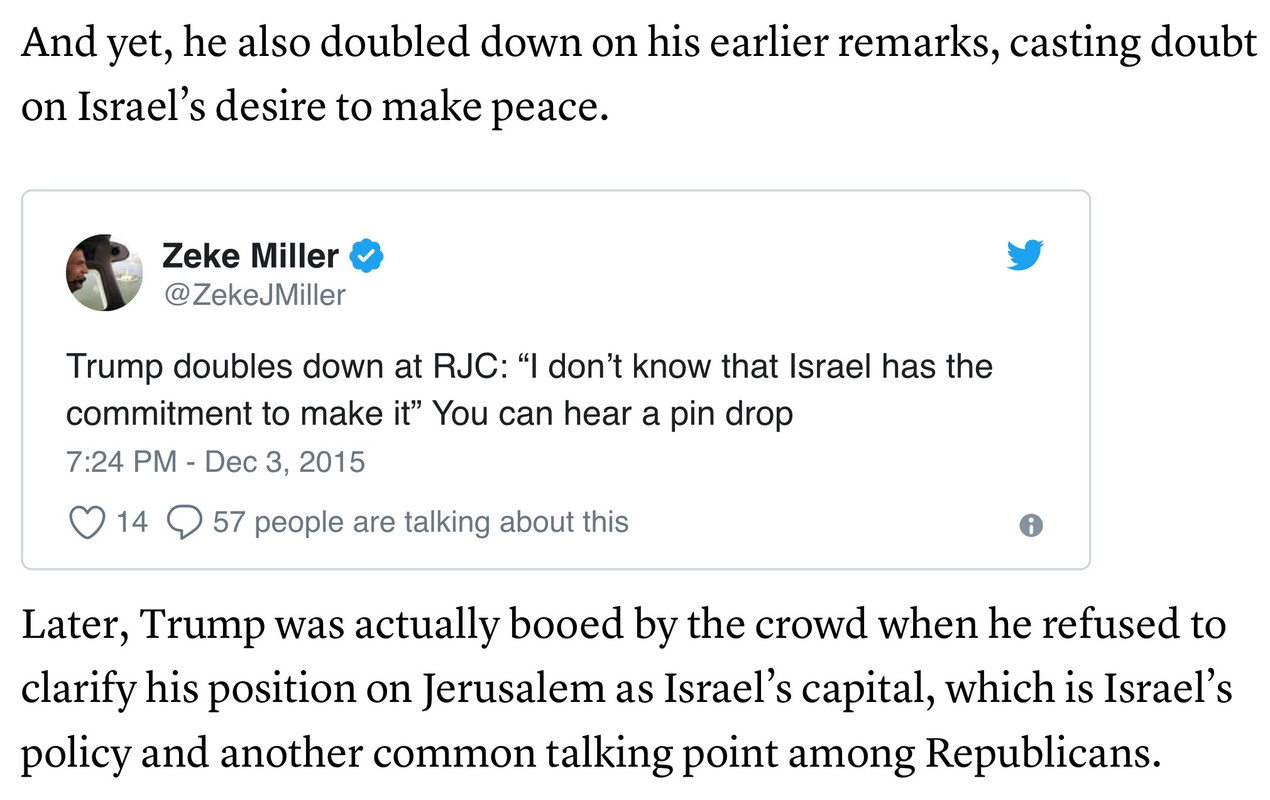 Trump's position changed drastically towards the end of his campaign, and even more once he was in the Whitehouse.
So the question still remains: 'Why'?
"When people who are honestly mistaken learn the truth,
they either cease being mistaken
or they cease being honest"
-- Anonymous
Top 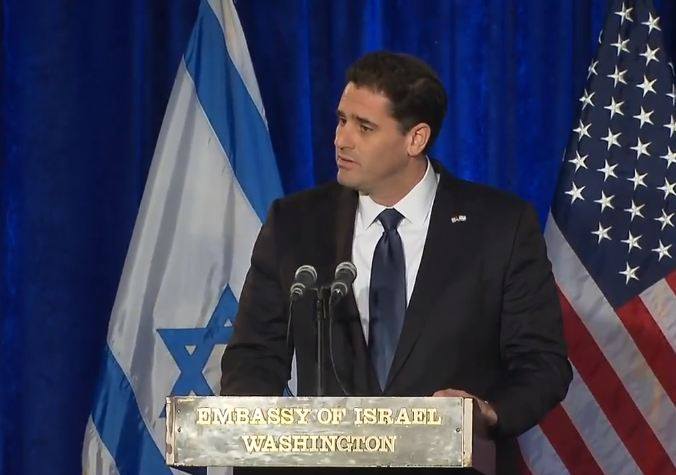 A select assembly of Washington D.C. heavy hitters recently attended a Rosh Hashanah event at which Israeli Ambassador to the U.S. Ron Dermer discussed alleged dangers posed by Iran, Syria, and Russia. In some places Dermer appeared to be laying out a rationale for another Israeli war.

According to JTA (Jewish Telegraphic Agency), the event is an annual affair “to which the embassy invites the U.S. Jewish leadership.” Dermer’s speeches typically seem intended to create a feeling of shared concern for Israel, saying, for example, “Let us all raise a glass and toast the fact that the Jewish people are voiceless no more. Israel has provided us with a shofar, with a sovereign voice among the nations.” Dermer himself was born and raised in the U.S.

Dermer’s speech began on a convivial note – “Remember, on Rosh Hashana, you’re allowed to eat, drink and even laugh”– but soon became serious as he gave dire warnings about alleged dangers Israel faces, and the need for Americans to help.

Iran was the main villain to be protected against, with Syria and Russia allegedly dangerous abettors that also need to be addressed.

“The past year has posed many critical challenges for Israel,” Dermer intoned. “Foremost among those challenges has been the rising power of Iran.”

(This is very much in line with Israeli thinking; Israel’s Jerusalem Post newspaper recently reported: “Iran is the primary target of the Mossad’s actions, which number in the hundreds and thousands each year.” Netanyahu reportedly calls the Mossad Israel’s “synchronized fist.”)

Dermer claimed that the Iran deal had been a “double jackpot” for Iran (many U.S. analysts disagree, including some Israel partisans and top U.S. generals). Dermer charged that the deal had enabled Iran to spend “much of the past year consolidating its power across the Middle East.”

Next came the not-so-subtle call to action.

“Israel hopes that the coming weeks will bring about a dramatic change in the trajectory of that deal that will ultimately either fix it or cancel it” Dermer said, making clear what was required of Americans who care about Israel. 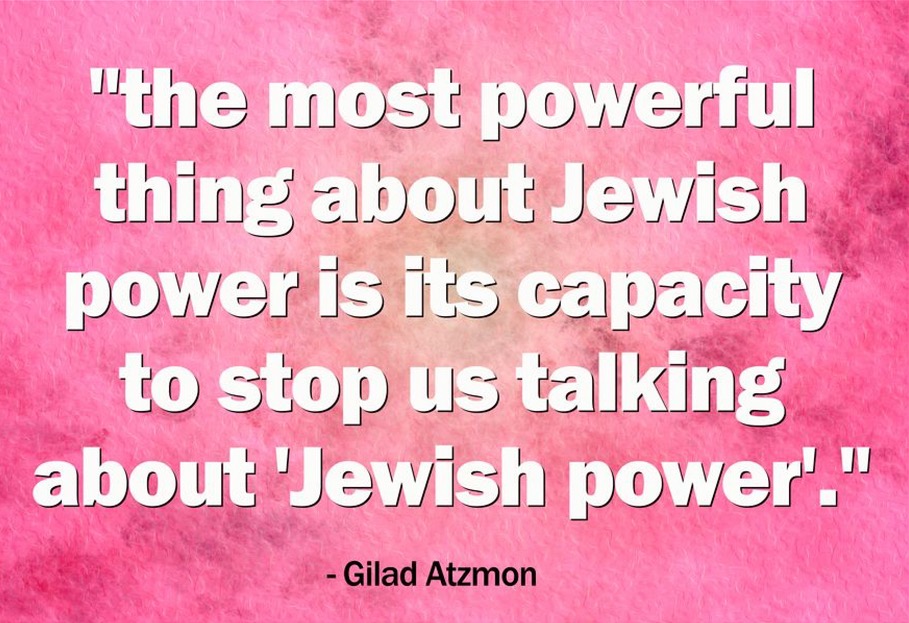 For anyone interested, here online is eventually the first part of the documentary on the Jewish lobby in America that was "banned" there:

The Palestinians want their land back!

Maybe the reason why Trump seemed to be contradicting himself on the Israel gameplan is because nobody talked to him on US policy toward Israel. That would be because nobody thought they ever would need to as he would never be president. It also could be that Trump's arrogance prevented anybody from being able to clue him in. He's been brought into the fold now though and is completely with the Zionist gameplan.

That would also be a good explanation for why he was a loose cannon on Syria. There's been a facade of legitimacy on Trump's complete 180 on Syria but nobody should miss the fact that it happened.

There's a tendency to believe that Trump is so stupid that he creates all these problems with flipflopping accidentally. I think that's pretty accurate for most of it. But I think that his advisors have gained better control over him of late.

Even so, his arrogance was evident when he went to PA. even though he was told by the Jews to not go there until they had buried their dead. That will hurt Trump but also hurt the Zionist cause in his supporters.
Top

Here is part 2 of the same documentary.

Anyone who tries to portray this exposé of the deceit, corruption and conspiratorial power of the JEWISH Lobby as being anti-semitic or "Judeophobic" is most likely a part of their deceitful, conspiratorial, racist machinations.


been-there wrote: ↑02 Nov 2018, 09:35 For anyone interested, here online is eventually the first part of the documentary on the Jewish lobby in America that was "banned" there:


"When people who are honestly mistaken learn the truth,
they either cease being mistaken
or they cease being honest"
-- Anonymous
Top

This article would also fit under the topic thread entitled 'the main purveyors of Islamaphobia', but I put it here as the power to achieve this globally affected misinformation manipulation is just one example of how zionist Jews create world-accepted lies that are supported and acted upon by powerful governments around our planet.


ISIS is a US-Israeli Creation.
Top ten ‘Indications’
ISIS is a US-Israeli creation, a fact as clear as the sky is blue. It’s a truth as black and white as the colors on their flag. For many alternative news readers, this may be patently obvious, but this article is written for the large majority of people in the world who still have no idea who is really behind the rise of ISIS. No matter which name they go by – ISIS, ISIL, IS or Daesh – the group has been deliberately engineered by the US and Israel to achieve certain geopolitical goals. They are a religious, fundamentalist, Sunni terrorist organization created to terrorize and overthrow certain secular or Shiite Arab nations such as Syria and Iraq, but they are not just “Islamic”. They may be Muslims, and they may be advocating an Islamic State, but they are very much working towards the goals of Zionism.

It’s amazing how many people still struggle to get that point. We have been inundated with propaganda surrounding the fraudulent war on terror, notably terms such as Islamic terrorism and radical Islam, but more accurate phrases would be Zio-Islamic terrorism and radical Zio-Islam. Secret military agencies such as the CIA and the Mossad pull the strings. Here is a list of the top 10 ‘indications’ that ISIS is a US-Israeli creation.


And if you resent this undemocratic abuse of power and control, and want to combat the evil purposes to which they use it, understand that it makes little difference which main political party you vote for — especially in America — as Jews have bought them and control them. 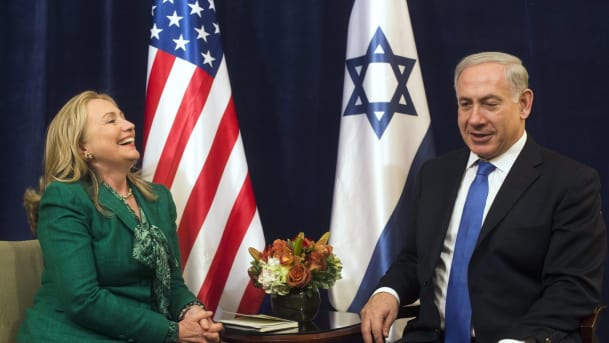 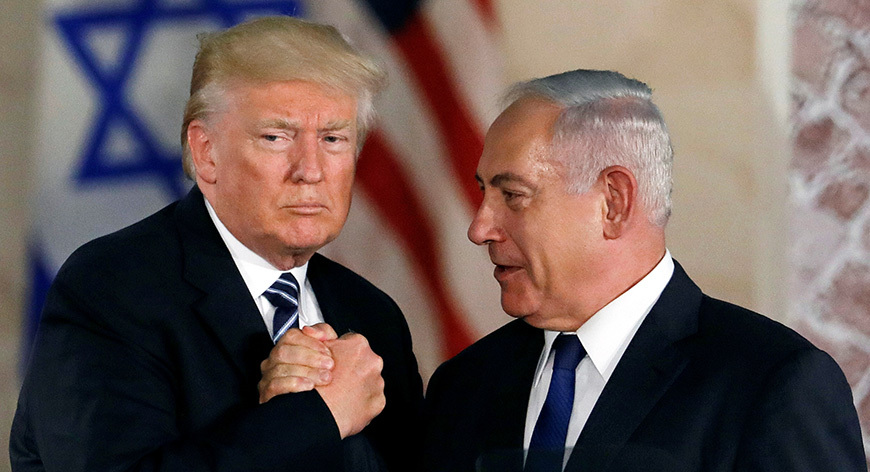 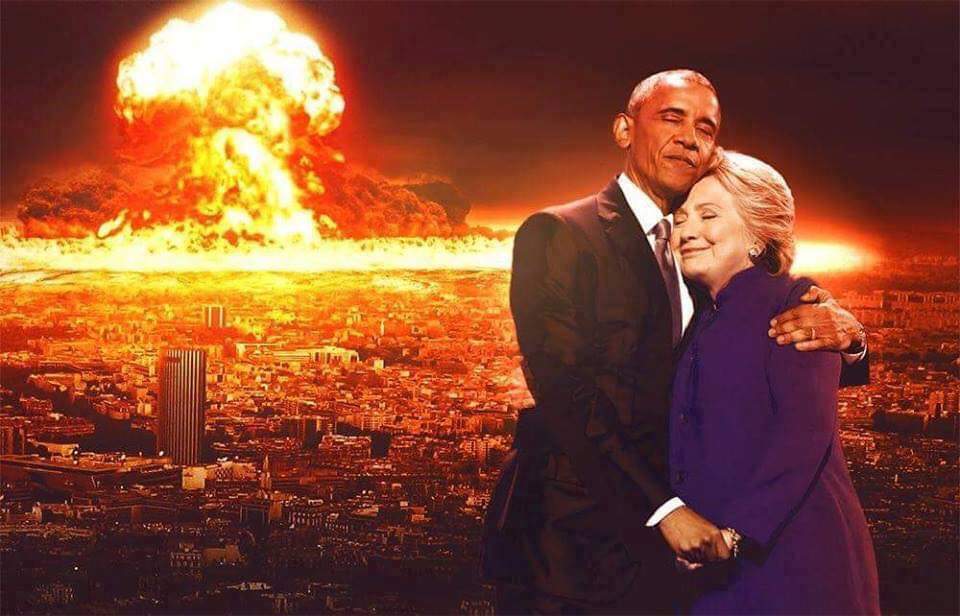 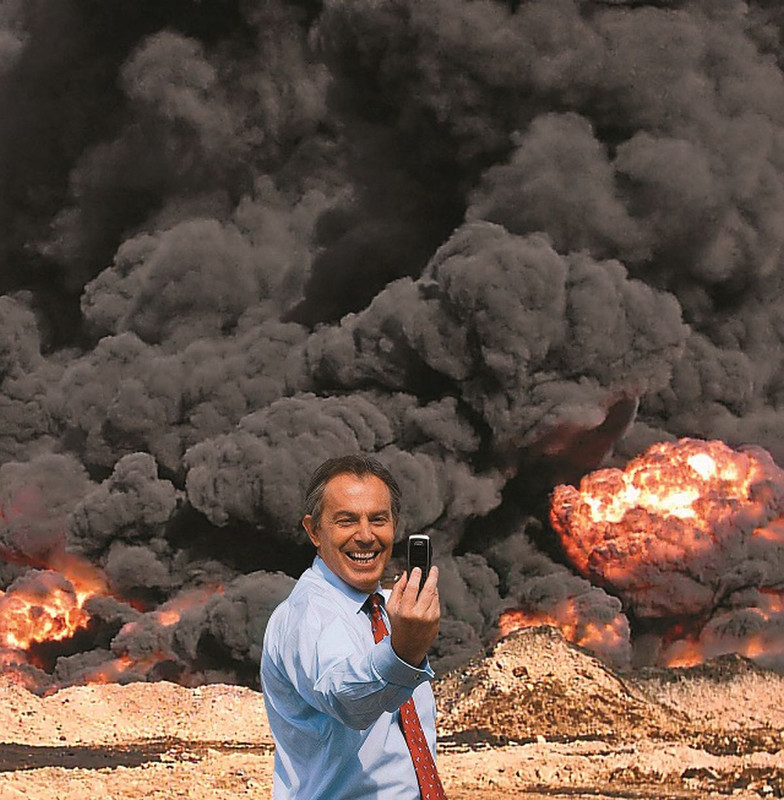 "When people who are honestly mistaken learn the truth,
they either cease being mistaken
or they cease being honest"
-- Anonymous
Top
Post Reply
196 posts