Trolljegeren wrote: ↑09 Oct 2018, 14:35The USSR went very far west and prior to the end of the war there was no knowledge at all of this potential. The Reich did move prisoners westerly most which got retaken by the USSR. Forced assimilation.

You post this bullshit on several threads on the forum. Why are you unable to provide any evidence to support your claim?

You have been asked to provide evidence that Jude who were annexed by the USSR were expelled.

Perhaps a name change for this thread could be in order. There is a difference I like pigs trotters and brawn. Who would want to chomp on a Jews face or eat a gammy foot. Why starve the rest of the Jews they could placate them by giving the living healthy fresh meat, slaughtered locally. It would have been easy to set up an abattoir at the Auschwitz complex and recycle the product for human consumption. Perhaps this is why Jews do not like pork. 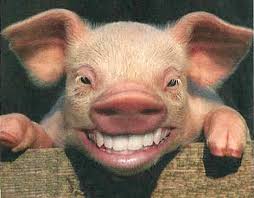 Huntinger wrote: ↑08 Dec 2018, 15:47You have been asked to provide evidence that Jude who were annexed by the USSR were expelled.

Don't try and reverse the burden of proof.

Why are you struggling so much with providing evidence for your claim?
Deniers are a few bricks short of a load.
Top

Goody go an find your own Himmelstrasse.

Thanks, Nessie. That’s easier than hunting for it myself.
Top

Whichever, number they use it is always there to suit themselves, however, the 6 million is the one most spoken off. Every single one of these pleas is based on phoney begging for cash.
Ekkert er eftirsjá
Nordisk motstandsbevegelse
Top

Trolljegeren wrote: ↑25 Mar 2019, 20:14 Whichever, number they use it is always there to suit themselves, however, the 6 million is the one most spoken off. Every single one of these pleas is based on phoney begging for cash.

There have been over Two Hundred "Six Million Jews" Allegations From 1900-1945. This number was fabricated to create Israel. The Number 6 Million comes straight from the Torah. "You will return, but with 6 million less." The alleged holocaust was the last one as people have cottoned on to Jude.
Haaretz says
Such estimates of 6 million are arrived at by comparing pre-war census data (estimates) with population estimates made after World War II.
In other words there is no factual data as a comparison just estimates. There was no real census taken until 1950, so it would seem the 1940 estimate was based on Jude who declared economic war on the Reich (Untermyer). In 1933 they state there was 14 million Jude worldwide. Somehow the population of the J world jumped from 14 million in 1933 to 17 million 6 years later., a wopping 21% increase in a few years. According to wiki
In 1939, the core Jewish population reached its historical peak of 17 million. Due to the Holocaust, the number was reduced to 11 million in 1945.
There is no information as to how that data was gathered
The University of Alberta library has the World Almanac issues for the pertinent period for 1941, 1944, 1947, 1948, and 1949. The figures listed for total world Jewish population are as follows:
It seems the highlighted 1949 figure is correct as it does fit in with the extrapolation of future populations using the formula
0.33X + 9.6; current populations fit reasonably well with this equation derived from the line of best fit.
Until recently all of the early population data on Jude were from Jude themselves; it is seemingly impossible to find independent sources. It seems that the data above with the exception of the 1949 data are not mere estimates purporting to be facts but fabrications. This was probably a result of Untermyer and his cronies declaring war on the Reich, who planned this deception. Untermyer was already warning in 1933 that “the Hitler party is bent upon the extermination of the Jews in Germany, or upon driving them out of the country.” By the 1930s, he had served as the President of the Zionist organization, Keren HaYesod, and Vice President of the more establishment-oriented American Jewish committee. It was they, the AJC who influenced the population statistics of the Almanac. The American Jewish Congress finally joined the boycott in August 1933. Estimates of the world Jewish population have been assembled by the American Jewish Joint Distribution Committee.
The JDC was founded in 1914, initially to provide assistance to Jews living in Palestine under Turkish rule. After seeing no improvement in the situation in the weeks following the first protests, representatives of the American Jewish Committee, American Jewish Congress and B'nai B'rith met in New York City and established a joint committee to monitor the plight of German Jewry. In 1914, AJC helped create the American Jewish Joint Distribution Committee. The AJC continued to organize protest rallies throughout the 1930s and 1940s. In August 1933 the AJC led a general boycott of German goods.

Although active in protesting Nazi mistreatment of German Jews, the AJC abstained from publicly calling upon the U.S. government to admit additional refugees from Germany. In 1936 the American Jewish Congress was instrumental in establishing the World Jewish Congress (WJC)

In other words the AJC headed by Untermyer predicted extermination of Jude; the same people who created the JDC who collected the population statistics of Jude worldwide; they were virtually the only source of statistics.
There is an anomaly in the statistics as shown in the graph produced for the thread Jüdische Statistik

Jews Of All The World Unite In Ac

"Judea Declares War on Germany! Jews of all the World Unite! Boycott of German Goods!
Mass Demonstrations!" - These were all headlines in the Daily Express on March 24, 1933.

"The Israeli people around the world declare economic and financial war against Germany.
Fourteen million Jews stand together as one man, to declare war against Germany. The Jewish
wholesaler will forsake his firm, the banker his stock exchange, the merchant his commerce and
the pauper his pitiful shed in order to join together in a holy war against Hitler's people." - Daily
Express, March 24, 1933.

It would seem that the skeptical cynics are becoming revisionist. Despite all the great pontification by Dr Terry, grandstanding on some melting iceberg it all comes down to what Juden says.

It was never official. The origin of the 5.7 million figure is the Anglo-American Committee of Inquiry.

which as Sergey alluded to, basically took the figure from the Institute for Jewish Affair's June 1945 estimate.

The Institute of Jewish Affairs was launched and sponsored by the World Jewish Congress (WJC) and the American Jewish Congress. Untermyer also advocated the Zionist movement and was President of the Keren Hayesod a zionist group, the agency through which the movement was then and still is conducted in America.

In 1933, he helped found the Non-Sectarian Anti-Nazi League to promote an economic boycott of Nazi Germany. Untermyer was head of several organizations one of which published the population almanacs for Jude in that time period. The manipulation of the "facts" began shortly after the National Socialists appearing on the scene in preparation for some calamity. It was known at the time of the tensions between the Russias, Poland and Deutschland as well as the long antisemitism that existed in Europe and almost everywhere at the time. It was known that a huge proportion of the world jüdisch population existed in the potential war zone.

Since one of the major pillars of the Holocaust is the claim that multi-millions of Jews were murdered by the Nazis, 6 million plus or minus, one would assume there would be masses of information and data on how this or these numbers were arrived at. Alas, we see a fog, a blur, noise. Are there no Holocaust "Scholars" out there trying to pin down the best estimate? So far we have the numbers of one dubious "census" compared to a later dubious "census" and the difference is declared the number murdered by the Nazis. Even if these dubious "censuses" were valid it presumes that all Jews who died in this period were murdered by the Nazis. Apparently there is no taking into account natural mortality due to age and disease. The increased mortality due to the hardships of wartime which affected everyone and not just the Jews. What about the Jews who died actually fighting in combat or collateral deaths. And since all these deaths are being blamed on the Nazis, what of and how many Jews were killed by the "indigenous populations" in Eastern Europe?

I would invite any Believer to present an intelligent argument as to why the current estimates of how many Jews were killed in the Holocaust should be accepted as a reasonable estimate.
Top
Post Reply
85 posts