Thread Intention Why are there no photographs aerial or otherwise of queues of people heading into Leichenkeller II, Birkenau: if there are none, the Leichenkellers were not used for the purpose of mass murder. If there were alleged mass murders, there has to be another explanation.

The Official Narrative
The Jews, who were selected for gassing, walked down the steps into the undressing room in Krema II or Krema III; frequently, one of the inmate orchestras would be playing classical music, which the victims could hear. The place where the orchestra played was southeast of the Krema III building; the location was outside the barbed wire enclosure around Krema III, and right next to the soccer field. This was the location where concerts were held for the prisoners who worked while the prisoners, who had not been selected to work, were gassed. The victims were told that they were going to take a shower, after which they would have a nice hot meal. They took off all their clothing, thinking that they were going to take a shower, and then proceeded to the end of the long undressing room where there was a door into a Vorraum (vestibule). source

Remains of Leichenkeller II, Birkenau
This scenario of entering the Leichenkellers has been depicted in Movies such as below. Model depiction of lines of people at L2 Krema III
It is estimated that on many occasions there allegedly were lines of 2000 people many times a day, waiting for their turn to meet Yahweh.

Controversy
There are no known photos of people queued up walking down the steps of Leichenkeller II, in either Krema II or III. All that is ever shown are the disembarkation off the trains. Considering the number of alleged victims and the domination of Allied air space over Poland it would have been inevitable that there would be at least one genuine photo depicting the alleged scenario. 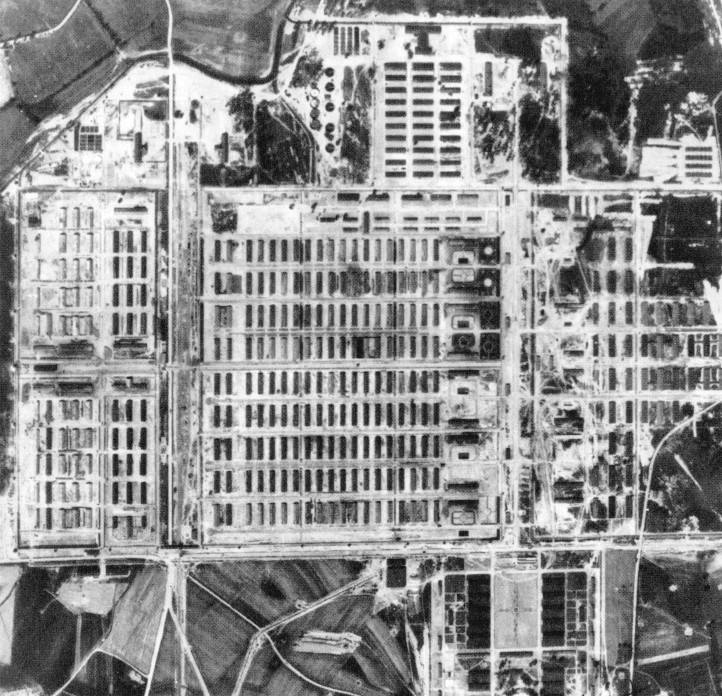 There are photos of people walking around the camp and towards Krema, but these could easily be work details. 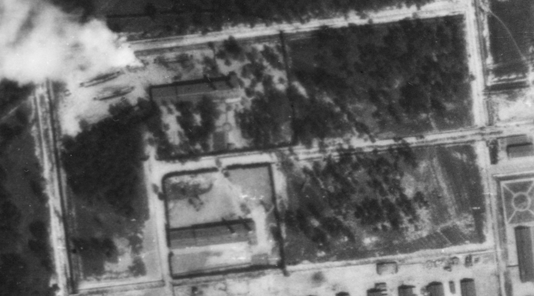