This board is open for all subject matters. Post information and discussion materials about open-debate and censorship on other boards (including this one) here. Memory Hole 2 is a RODOH subforum for alternate perspectives.
Post Reply
4 posts • Page 1 of 1

Mark Weber wrote a piece at the IHR website which is a telling story on the REVISIONIST view of the Nurembert IMT.

Here is a portion of that article:

A common response to expressions of skepticism about the Holocaust story is to say something like "What about Nuremberg? What about the trials and all the evidence?!" This reaction is understandable because the many postwar "war crimes" trials have given explicit, authoritative judicial legitimacy to the Holocaust extermination story.

By far the most important of these was the great Nuremberg trial of 1945-1946, officially known as the International Military Tribunal (IMT). The governments of the United States, the Soviet Union, Britain and France put on trial the most prominent surviving German leaders as "Major War Criminals" for various "war crimes," "crimes against peace," and "crimes against humanity." In the words of the Tribunal's Charter, these "Nazi conspirators" carried out their crimes as part of a great "Common Plan or Conspiracy."

In addition, twelve secondary Nuremberg trials (NMT) organized by the US government alone were conducted between 1946 to 1949. Similar trials were also conducted by the British at Lüneburg and Hamburg, and by the United States at Dachau. Since then, many other Holocaust-related trials have been held in West Germany, Israel and the United States, including the highly-publicized trials in Jerusalem of Adolf Eichmann and John Demjanjuk.

Germany's wartime treatment of the Jews figured prominently in the Nuremberg trials. In their condemnation of the defendants, the Allies gave special emphasis to the alleged extermination of six million European Jews. Chief US prosecutor Robert H. Jackson, for example, declared in his opening address to the Tribunal: / 1


The most savage and numerous crimes planned and committed by the Nazis were those against the Jews ... It is my purpose to show a plan and design, to which all Nazis were fanatically committed, to annihilate all Jewish people.... The avowed purpose was the destruction of the Jewish people as a whole... The conspiracy or common plan to exterminate the Jews was ... methodically and thoroughly pursued... History does not record a crime ever perpetrated against so many victims or one ever carried out with such calculated cruelty.


There is one group to which the method of annihilation was applied on a scale so immense that it is my duty to refer separately to the evidence. I mean the extermination of the Jews. If there were no other crime against these men [the defendants], this one alone, in which all of them were implicated, would suffice. History holds no parallel to these horrors.

How compelling was the evidence presented at Nuremberg to substantiate such damning words? How did the defendants respond to the charges?

While much of the specific testimony and documentation presented in these trials has been dealt with in other Journal articles, here we take a closer look at the general trustworthiness of the evidence cited at Nuremberg and elsewhere for the Holocaust extermination story. This chapter also focuses on the basic character of these trials, which have played such an important role in "legitimizing" the Holocaust story.
-----------------


He concluded the article as follows:


Very few of those who glibly refer to "all the Nuremberg evidence" as proof for the Holocaust extermination story are familiar with either the real nature of this "evidence" or the character of these trials. On closer examination, solid documentary or forensic evidence of a wartime German policy to exterminate Europe's Jews proves to be elusive. As we have seen, the evidence that has been presented consists largely of extorted confessions, spurious testimonies, and fraudulent documents. The postwar Nuremberg trials were politically motivated proceedings meant more to discredit the leaders of a defeated regime than to establish truth.


We do not need trials or "confessions" to prove that the Katyn massacre or the postwar deportation of Germans from eastern and central Europe actually took place. By comparison, the Holocaust story does not claim just a few isolated massacres, but a vast extermination program taking place across the European continent over a three-year period involving several governments and millions of people. The fact that the Holocaust story must rely so heavily on highly dubious testimony evidence and trials staged in a historically unparalleled atmosphere of hysteria, intimidation and propaganda demonstrates its inherent weakness.
---------------------------------------------

Do revisionists buy this story line about the IMT?

Get the facts about the strange phenomenon of Holocaust hate blogging!
http://rodoh.info/forum/viewtopic.php?f=20&t=667

Internationales Militärgericht, Nürnberg
The Tribunal considered the farce as a continuation of the War effort of the Allied Nations. 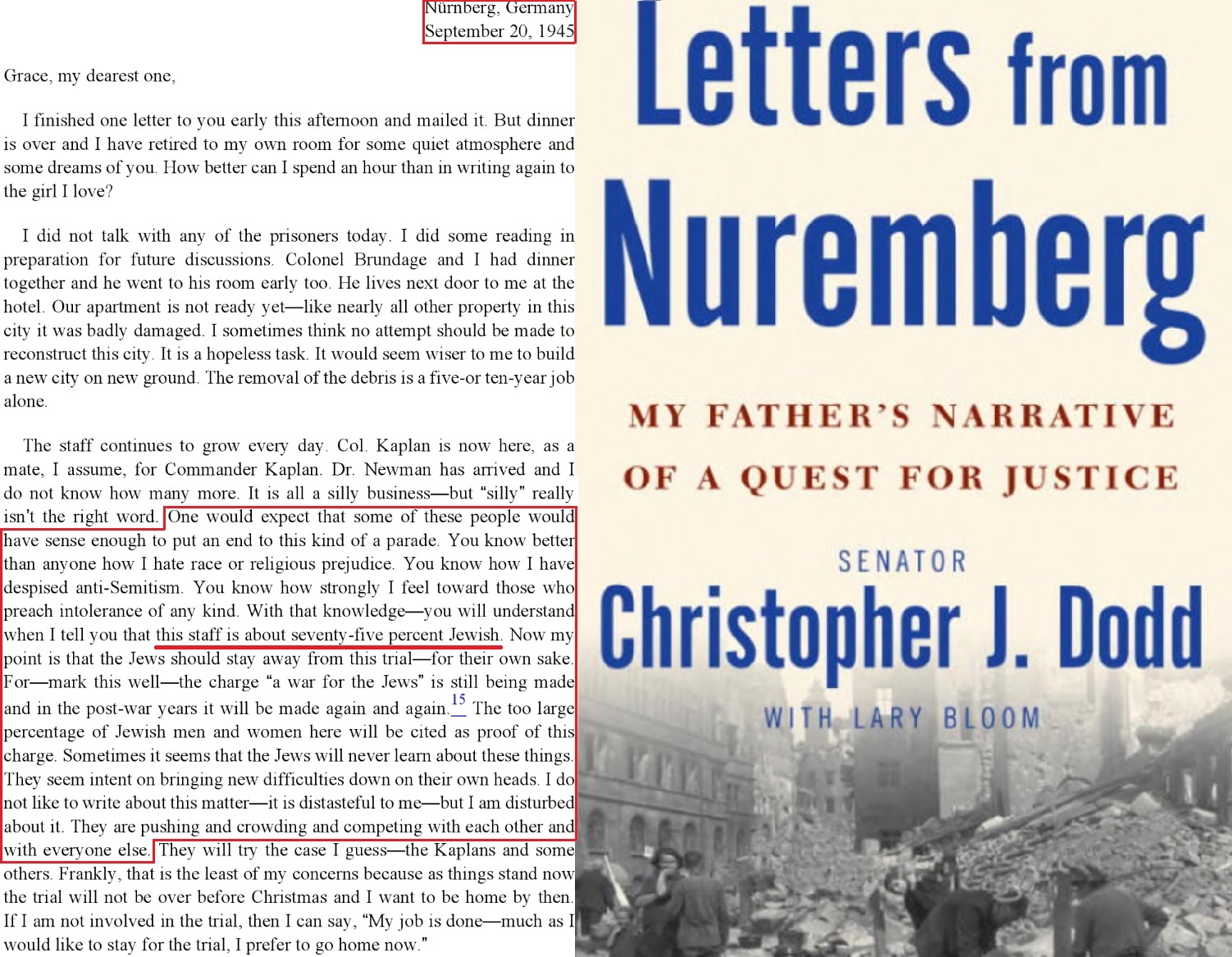 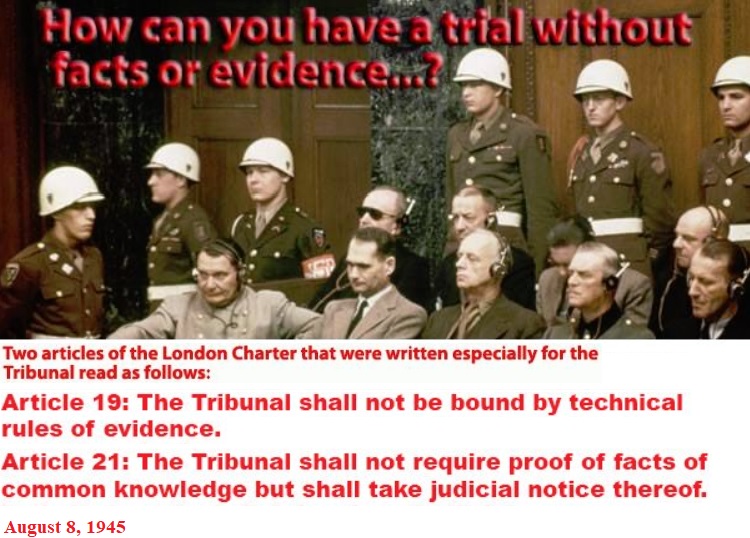