Is Trump a narcissist?

This board is open for all subject matters. Post information and discussion materials about open-debate and censorship on other boards (including this one) here. Memory Hole 2 is a RODOH subforum for alternate perspectives.
Post Reply
9 posts • Page 1 of 1

Is Trump a narcissist?

Is Trump a narcissist?
Inspired by The Straits Times NARCISSISTIC PERSONALITY DISORDER
But what is a narcissist?

The term has its roots in Greek mythology. Narcissus was a handsome young man who was pursued by many but they were all spurned by him. One day, Narcissus came upon a pool of water in the woods. While leaning over to take a drink, he saw his own reflection for the first time, and immediately fell in love, not realising he was gazing at himself. Time and again, he tried to touch and kiss his reflection. Pining hopelessly for something he could not have, he stopped eating and finally died (in another version, he dove into the water and drowned).

It is from this fable that the word "narcissism" originates. It was first used in psychology in the last century by Sigmund Freud and other psychoanalysts.

In contemporary psychiatry, the concept of narcissism has been codified as a psychiatric diagnosis in the American Psychiatric Association's Diagnostic and Statistical Manual of Mental Disorders where it is known as narcissistic personality disorder characterised by "a pervasive pattern of grandiosity, need for admiration and a lack of empathy".

Narcissists are imbued with a staggering sense of self-importance and entitlement. They are given to self-aggrandising whatever achievements or talents they might possess, no matter how slight or non-existent.

Another feature is a preoccupation with "fantasies of unlimited success, power, brilliance, beauty or ideal love", and they expect unqualified admiration from others.

Underlying all these, however, is a profound sense of insecurity, low self-esteem and vulnerability. To stave off these feelings in the face of any opposition or rejection, they react with affected indifference, disdain or rage.

At its most extreme is what the psychoanalyst Otto Kernberg called malignant narcissism, which he posited to be the source of "much evil in the world".

People with such a disorder have a deficit of empathy and conscience that amounts to a total and callous disregard for the rights of others.

They react with spiteful and even murderous aggression towards those they imagine are against them.

Consider the idiotic neo nazi Anders Behring Breivik, who in a single day in July 2011 killed 77 people. Most of his victims were young people who he shot one after another at close range in a youth summer camp. Calling himself the "Grand Commander of the Knights Templar", he said he was waging a crusade to save Norway from Islam and multiculturalism.

Diagnosed with extreme narcissistic personality disorder, he was certified fit to stand trial, during which he showed no remorse. There was only one time in the trial when he wept and that was when his own video manifesto was played in court: He was moved to tears by the sound of his own words. Outside the clinical realm, narcissism has been embraced by popular culture, bandied about and applied liberally to a wide array of individuals - from an indifferent boyfriend to an overbearing boss, as well as to diverse groups of people, including power-hungry tinpot dictators, Instagram-obsessed millennials, limelight-seeking entertainers and hubristic corporate titans.

Nor are politicians spared.

As noted by journalist Kristin Dombek in her book, The Selfishness Of Others: An Essay On The Fear Of Narcissism, "narcissism is the favourite diagnosis for political leaders in whatever party opposes one's own".

It is probably a safe bet that there has been no other candidate in the US presidential campaign save Mr Trump who has been called a narcissist so many times. (Mr Trump, on the other hand, had accused Mrs Hillary Clinton of being "unbalanced" and "unhinged".)

Psychologist William Doherty, from the University of Minnesota, posted an online manifesto against "Trumpism" which was signed by more than 2,200 mental health specialists.

In the welter of these professional opinions, the American Psychiatric Association felt compelled to caution members that breaking the Goldwater Rule "is irresponsible, potentially stigmatising, and definitely unethical". The psychologists, however, said that the rule applies only to psychiatrists and not them.

But as a recent commentary in the august British Medical Journal opined: "It is obvious that Trump is sexist and racist. He is vile in his nastiness, undiplomatic and offensive; a true dog's dinner of a president candidate, if you really hated your dog. But none of this means he has a psychiatric condition. It just means that he's a horrible man."

The presence of severe psychopathology in any commander-in-chief of the world's most powerful nation is, of course, a grave matter.

But it is a nuanced and complex issue, although there is usually no appreciation of these subtleties in the political arena where psychiatric descriptors are deployed against opponents.

The oversimplification and misrepresentation of mental health issues has the effect of stigmatising all people with different mental disorders as being unreliable and less than capable - which belies the fact that the majority of people with treated mental illness are certainly not impaired and are leading useful, productive and fulfilling lives.

In 1998, Norwegian Prime Minister Kjell Magne Bondevik publicly admitted to his depression, took time off to recover, returned to work, and was also re-elected.

No one is immune to mental illness, not even those in high office.

In a study published in 2006 in the Journal Of Nervous And Mental Disease, researchers from Duke University reviewed data from biographical sources for evidence of mental illness among 37 US presidents from 1776 to 1947 and found that 18 had some form of mental illness.

These include Thomas Jefferson, Theodore Roosevelt, Dwight Eisenhower and Abraham Lincoln, who scholars have consistently rated to be the greatest American president to date. 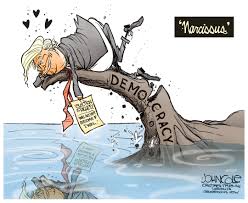 During the 1964 United States presidential election which was fought between Senator Barry Goldwater and Mr Lyndon Johnson, a magazine polled more than 12,000 psychiatrists for their views on Mr Goldwater's mental state and personality. Of the 2,000 or so who responded, about half declared Mr Goldwater, the Republican nominee, as unfit to be a president, labelling him "unbalanced", "paranoid", "grandiose" and even "a dangerous lunatic".

After a crushing loss to Mr Johnson, Mr Goldwater successfully sued the magazine publisher. Subsequently in 1973, the American Psychiatric Association adopted what became known as the Goldwater Rule, declaring it unethical for any psychiatrist to diagnose a public figure's condition "unless he or she has conducted an examination and has been granted proper authorisation for such a statement".

The reasons are clear enough. Psychiatric diagnoses are often not easily made; most made remotely turn out to be wrong. Sometimes, it takes an experienced clinician many face-to-face sessions of deep probing and with as much information as possible from other sources before being able to make a definitive diagnosis.

Vote above what you think, you can change your mind at a later stage.

Incumbent Democratic United States President Lyndon B. Johnson defeated Barry Goldwater, the Republican nominee. I am sure your voting for Barry "warmonger" Goldwater had nothing to do with this, but then again

You missed the point of that little bon mot, Hunt.
Top

(That's a joke. People on social media say that about voting for X.)

Yeah, I'm not quite old enough to remember this, but President Johnson campaigned pretty outrageously in 1964 warning about girls plucking the petals off of daisies to a countdown for a mushroom cloud. Goldwater was supposed to be a warmonger but upon being elected in his own right Johnson wasted no time enacting Kennedy's dream of opening the borders to non-European immigration and escalating the proxy war in Viet-Nam.

I think that outrageous Mushroom cloud ad was pulled from television and was replaced by the one showing a young girl eating an ice cream cone while a narrator talks about Strontium 90 and that Goldwater voted against the 1963 atomic test ban treaty.

But the 1964 one below easily could have been made for 2016. The acting is so bad that it could even be a Saturday Night Live skit.

Yep, I was in the army and '64 was the first year I could vote. LBJ did indeed waste no time in signing the 1965 immigration act from the two kikes, Celler and Javits and begin the flood of shitskins into the country. A far cry from Eisenhower's "Operation Wetback". I know, I'm not very PC or "socially sensitive" with my choice of nouns but I just prefer the days of "Operation Wetback" to the notion that I must be ever so careful of everyone's "feelings".
Top 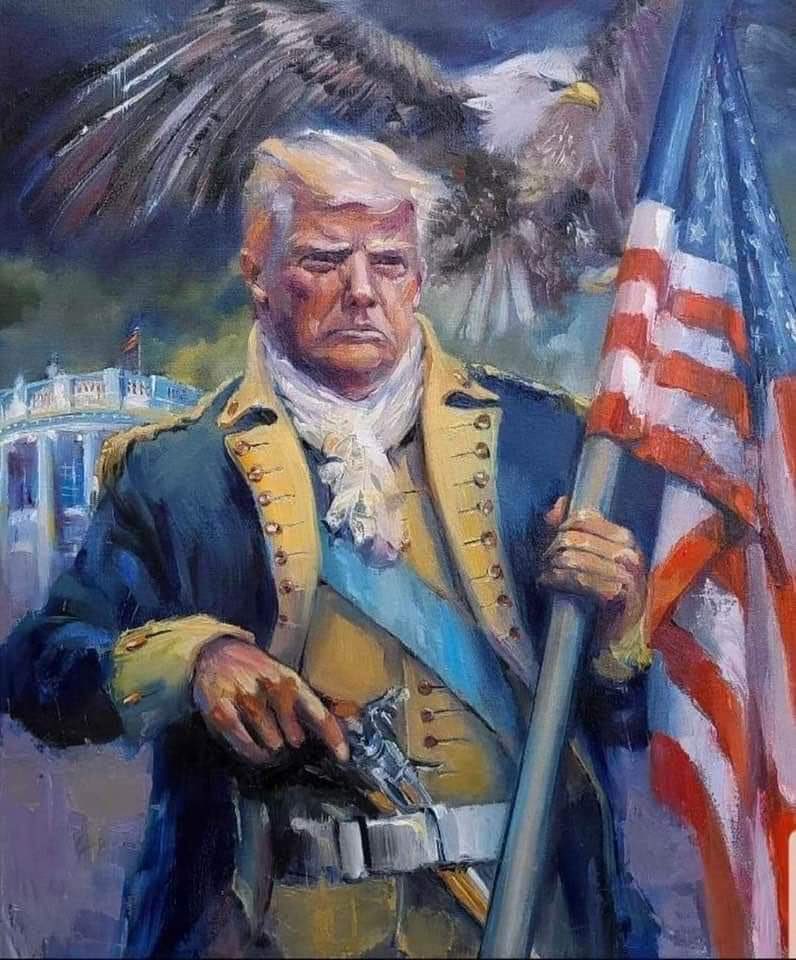 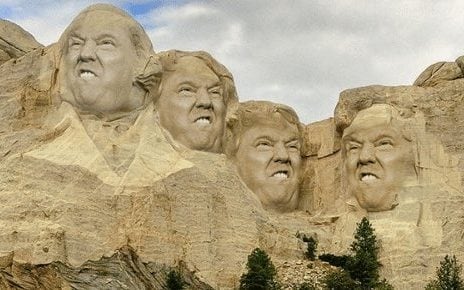 Seems the United Farm Workers were involved. Interesting flag concept they have.