News travels a little slow these days but it has been confirmed in the media.

H&D greatly regret to report the death of Dr Fredrick Töben, the German-Australian revisionist historian. Dr Töben died yesterday three weeks after his 76th birthday, having been seriously ill for the past two or three months.

Fredrick Töben came to Australia from his German birthplace as a ten-year-old boy when his parents emigrated. He studied at Victoria College of Wellington, New Zealand; Melbourne University; and Stuttgart University.

In the late 1970s Töben lived in Rhodesia towards the end of that country’s struggle against Black Marxist revolutionaries. After a year teaching in Nigeria, he returned to Australia teaching at various institutions in the state of Victoria during the early 1980s.

Töben’s dismissal from his teaching post in 1985 led to a five-year legal battle. He eventually won damages against the State of Victoria and relocated to Adelaide, South Australia, where he formed the Truth Mission in 1994, becoming Adelaide Institute a year later.

This produced a series of ‘Holocaust’ revisionist publications, and led to Töben being targeted by Jewish and ‘anti-fascist’ organisations worldwide, while he became part of an international network of revisionists attending conferences sponsored by the Institute for Historical Review (IHR), and later The Barnes Review, serving on the latter’s Board of Contributing Editors until his death. 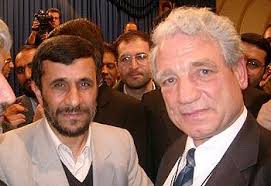 Dr Fredrick Töben (above right) with then Iranian President Mahmoud Ahmadinejad at the Tehran Conference in 2006.

In 1998 he was arrested in Germany under that country’s notorious laws restricting free research and discussion of historical topics, spending seven months in prison.

In October 2000 the Australian Human Rights Commission ordered Töben to remove parts of the Adelaide Institute’s website, triggering years of appeals and efforts to enforce the judgment.
Eventually in 2009 Töben was jailed for three months in Adelaide for contempt of court.

Three years earlier Töben had travelled to Iran to speak at the Tehran International Conference to Review the Global Vision of the Holocaust, promoted by then Iranian President Mahmoud Ahmadinejad. This event attracted worldwide publicity and intensified the targeting of Töben and other participants.

In October 2008 while in transit at London’s Heathrow Airport, Töben was seized from his plane and served with an international arrest warrant issued at the request of German authorities who wanted to jail him again for articles published on the Adelaide Institute website. 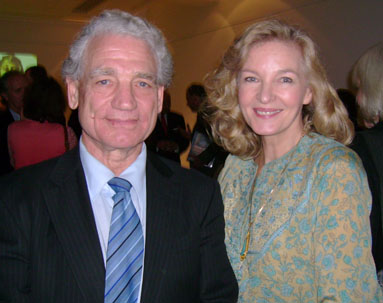 This was expected to be a rapid ‘rubber-stamping’ procedure, but soon after Töben was taken into custody, Dr David Duke telephoned Lady Michèle Renouf in London to alert her to the arrest. Lady Renouf mobilised a specialist legal team of solicitor Kevin Lowry-Mullins and barrister Ben Watson, resulting in a historic legal victory against the Federal Republic and their Crown Prosecution Service allies.
After a month in Wandsworth prison awaiting the London court’s decision, Töben was freed and returned to Australia.

Persecution by the usual suspects continued, and a legal action for court costs (related to a series of Australian cases) resulted in Töben being declared bankrupt and having his passport confiscated in 2012.
While there was a short period in 2018-2019 when there were serious disagreements between Dr Töben and H&D, these differences were resolved long before his death.

We salute Dr Fredrick Töben’s memory as a valiant fighter for historical truth and justice.

At least he's free of the effing Jews and their groveling shabbos goys. Rest in peace, Dr. Tobin.
Top

Indeed. The news about him passing away came very unexpected for me. But I have not had any contact with him for years to be honest.

Well, as it is said — another giant has left us. Dr. Fredrick Töben fought for truth and fairness all his adult life. I will listen to and view some of the old material which features him or which was made by him.

This is very sad news. Dr. Töben’s Judea Declares War on Germany was the second revisionist documentary I watched as I took my first tentative steps into researching what really happened in the German concentration camps during WWII.

The massive effort the International Jew put into disrupting Fredrick’s life year after year, decade after decade, gives us an insight into just how much those vile creatures feared and hated this great champion for truth.