Discuss the alleged Nazi genocide or other wartime atrocities without fear of censorship. No bullying of fellow posters is allowed at RODOH. If you can't be civil, please address the argument and not the participants. Do not use disparaging alterations of the user-names of other RODOH posters or their family members. Failure to heed warnings from Moderators will result in a 24 hour ban (or longer if necessary).
Post Reply
1352 posts

Jeezus H, but this junk computer just wiped my entire reply to Nessie. These uncommanded cursor moves and activation is getting beyond just a PITA. Hunt, do you have any ideas for fixing this problem? Could it have something to do with a virtual keyboard or touch sensitivity? I'm about to put a 12 gauge fix on this POS.
Top

Turnagain wrote: ↑13 Oct 2020, 20:06 Jeezus H, but this junk computer just wiped my entire reply to Nessie. These uncommanded cursor moves and activation is getting beyond just a PITA. Hunt, do you have any ideas for fixing this problem? Could it have something to do with a virtual keyboard or touch sensitivity? I'm about to put a 12 gauge fix on this POS.

Perhaps your keyboard is protesting.

Mine does that too, but that is due to the keyboard being used a coffee filter. If you use a 12 guage, go with style and use buckshot. I suggest you stop using virtual keyboard and get a real one; you just plug and play and use it like a typewriter. They would cost about $10 in your refrigerator. 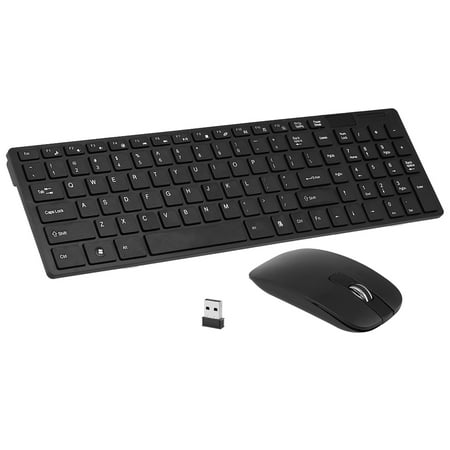 I DO have a keyboard. It's a laptop. However it does have an icon for a virtual keyboard in the lower right corner. Any ideas for getting rid of it? The virtual keyboard, that is.
Top

Turnagain wrote: ↑13 Oct 2020, 20:27 I DO have a keyboard. It's a laptop. However it does have an icon for a virtual keyboard in the lower right corner. Any ideas for getting rid of it? The virtual keyboard, that is.

Windows 10 here. No "control panel" etc. Is there a substitute?
Top

You have previously said that "We know that deportees left Treblinka and were sent to a myriad of camps" and then linked to CODOH and said "well over a dozen different camps", but that is only if you include every camp they ever went to. If you listen to what the witnesses said, the majority went to Majdanek first. Where they went to after that is not a camp that took a transport from TII.

There are very few camps that there is any evidence that transports arrived from TII. Majdanek took the majority.

There is witness testimony and the oral histories from the USHMM of deportees traveling to other camps. As far as I know the only actual records for deportees arriving anywhere are the records found by Mattogno of 412 individuals arriving at Majdanek. What is your point? Do you have one or are you just making an observation?

Except he didn't say that, he noted that some transports left with people on board.

What the hell are you talking about? Zabecki stated that:

Is that your claim now?

Yes, I do claim that people witnessed the thousands of deportees boarding trains and leaving T-II. They simply didn't say anything about it. They lied by omission to support the phony holyhoax. Can't have all of the poor sufferink Jews get murdered while thousands were leaving for other destinations. After all, Treblinka was a super-secret murder facility whose existence had to be guarded even at the expense of innocent German lives. Well, according to Wiernik.

You are getting your figures from estimates and averages of train sizes. I have repeatedly told you where I get my figures from, again here;
viewtopic.php?f=13&t=4170&p=176252&hilit=seder#p176252

Your site lists a subtotal of 7,305 deportees including the children to Thereseinstadt. That's minus the 350 they mistakenly attributed to Helen Schwartz. You claim that there was a total of 7,655. Where the hell did the 100 come from that were sent to Sobibor to dismantle that camp? On October 20, 1943, three carloads (some say five) of workmen/sonderkommandos were sent to Sobibor for execution after dismantling Treblinka II. That's according to Zabecki. Sobibor wasn't dismantled. The Soviets took it over and used it for their own purposes.

At any rate, you claim a maximum of 8,000 deportees from T-II. What about the three (3) trainloads? Are you saying that the numbers are unknown so they don't count?

Hunh? That's one of the more silly-assed statements I've heard in a long time. That's like saying that you can't travel from LA to Vancouver, BC, if you stop in Portland, Ore. That's a contender for the dumbest thing I've ever heard come out of a human mouth. Unbelievable!

My POS computer is acting wonky again so I'll post this and continue later.
Top

I go with the evidence. Sobibor was made to look like a customs post, but we only found out about that recently and all the witnesses agree, it was a death camp.

You go with the evidence if it fits your agenda. If the evidence shows that a brick building can't be used as a pressure vessel or that a human corpse isn't exothermic, not so much.

The ARC site shows a photo of the the two M&H draglines allegedly digging graves at Treblinka. Who besides you claims that the M&H draglines were only used to tidy up the T-II site?

I do not know.

IOW, you're the only person who claims that the M&H draglines were used only to tidy up the Treblinka site after the camp was dismantled.

Dig out a grave and refill it with a mixture of earth and cremains and you get a grave full of cremains and dirt. The grave doesn't just go away or become undetectable by GPR. The site of loghenge was found thousands of years after it actually existed and the tree trunks used in it's construction had long rotted away. Your claim that the mass graves of Treblinka would somehow morph into just some "disturbed ground" is ridiculous.

I don't know, but I do know she said she hoped for better GPR technology.

GPR can penetrate concrete and there are now computer programs that display 3-D images in color. My bet is that she completed a GPR survey of the site and came up empty so skyed outa' there declaring that she would return and hoping that everyone would forget about her promise to return.

A half dozen unidentified bone shards the size of your thumbnail found on the site's surface is a far cry from proof that over 5,000,000 lbs of cremains are buried in 30 feet deep pits. Living witnesses to thousands of deportees leaving T-II for alternate destinations is pretty good evidence that T-II functioned as a transit camp rather than a super-secret murder facility. However, Huntinger's description of a secret execution facility at Czernony Bor fits the secret execution facility thesis like a finger in a nostril.

It is physically impossible that c850,000 left TII without anyone noting it happening and without leaving any evidence of mass arrivals elsewhere.

Yet that is precisely what happened to the 15-20,000 deportees who are known to have left T-II. The orthodox holyhoax narrative claimed that fewer than a hundred deportees survived the uprising and escape. NOBODY, zero, zip, nada claimed to have seen thousands of deportees boarding trains for other destinations.
Top

Why build a customs camp nowhere near any operational border? When Sobibor was operational, it was not at any existing at that time border.


This is true of all of the Customs camps, they would work closely with the SS who put them in their camps prior to processing and eviction.

Only Sobibor is evidenced to have looked like it was a customs camp. There is no evidence TII, Belzec or Chelmno were made to look like customs camps.


One must keep in mind that the Höfle telegram is a report out of context with only letters to represent what are thought to be camps. These could in fact be railways stations, various check points through the Reich prior to deportations. The assumptions they could be camps could be well off the mark; the camps were eventually names after the railways stations.

Scott - On a side note, this forum is turning into a joke with the vicious attacks--and completely unnecessary vitriol--that everybody is making upon each other.
Top
Post Reply
1352 posts