Discuss the alleged Nazi genocide or other wartime atrocities without fear of censorship. No bullying of fellow posters is allowed at RODOH. If you can't be civil, please address the argument and not the participants. Do not use disparaging alterations of the user-names of other RODOH posters or their family members. Failure to heed warnings from Moderators will result in a 24 hour ban (or longer if necessary).
Post Reply
121 posts

Compare and Contrast
Below are two photos of the Sobibor konzentrationslager/Durchgangslager to compare and contrast taken at two vastly different times. The first photo on the left is when the camp was supposedly a Vernichtungslager (extermination camp) at the height of its operations in 1942 43; the other is when the camp was allegedly razed to the ground, taken in 1944.

It is taken for granted that the dates of the photos are as alleged from the internet sources.

It can be noticed that there is a dearth of buildings in this facility which was noticed from the recently revealed photos taken by the SS deputy commandant Johann Niemann.

As previously mentioned the following area immediately in front of the camera should be resplendent in buildings as this was lager 1, the living quarters of the camp slave labourers; as in both photos above it is far from resplendent but more like a vacant lot, with a chook pen in the middle. 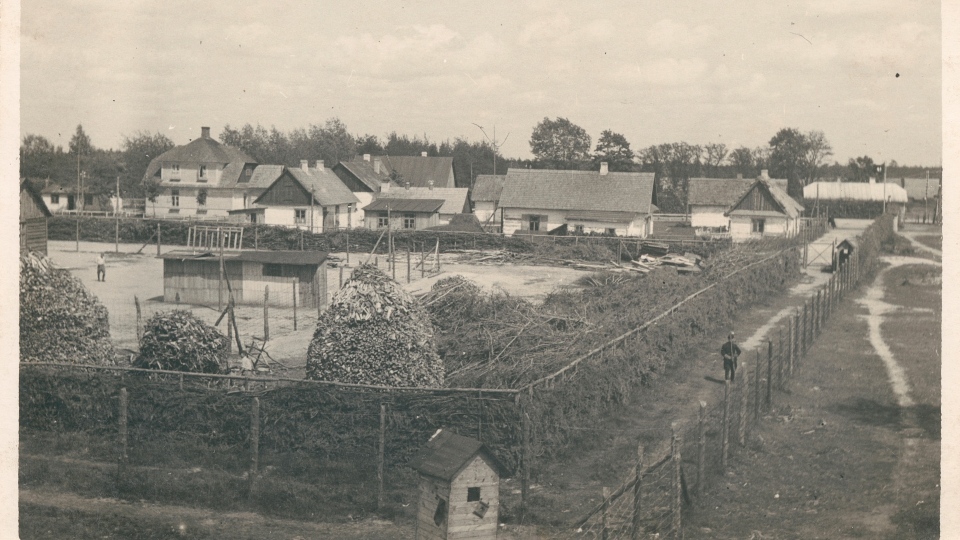 The buildings should be as in the following depiction. None of the photos remotely resembles this. 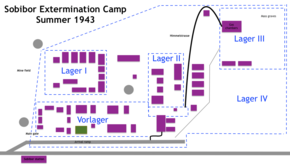