Why didn't accused Nazis ensure the truth would be heard?

Discuss the alleged Nazi genocide or other wartime atrocities without fear of censorship. No bullying of fellow posters is allowed at RODOH. If you can't be civil, please address the argument and not the participants. Do not use disparaging alterations of the user-names of other RODOH posters or their family members. Failure to heed warnings from Moderators will result in a 24 hour ban (or longer if necessary).
Post Reply
273 posts

Mattogno, Kues & Graf put it this way in their book "Extermination Camps" (The “Extermination Camps” of “Aktion Reinhardt”
An Analysis and Refutation of Factitious “Evidence,” Deceptions and Flawed Argumentation of the “Holocaust Controversies” Bloggers
Orthodox Holocaust historians face a dire dilemma: Either they choose not to respond to the revisionists, which is tantamount to unconditional surrender, or they try to refute them, thus initiating a debate which they are bound to lose.
It seems that orthodox holocaust historians are mortally afraid of debating the situation with a qualified revisionist.
Claims by such people as Roberto Muehlenkamp who apparently believes that 703 persons, or more, can fit into an area of 25m2 were alive back then. Such claims were the order of the day at the trials. One should not bring up the soap, the shrunken heads, the lampshades, Jew Kababs and flammable blood, as I was told they were not responsible for the mass executions.
Likewise, the pedal powered head knocker had to be discounted along with the tree climbing as that was not responsible for enough "production line" executions.

an other wrote: Flammable blood? Is that a killing method?

To the Nazis accused they were caught off guard with no adequate legal defense. Eichmann was probably laughing as he gasped his last breath and so were all the others. Probably fatty died laughing and so did Himmler;( hidden from the public as suicide as the cause of death was laughing?)

Jewish identical twins Pearl and Helen reminiscing and answering questions concerning their experience of Joseph Mengele and his genetic research upon them at Auschwitz labour and transit camp. 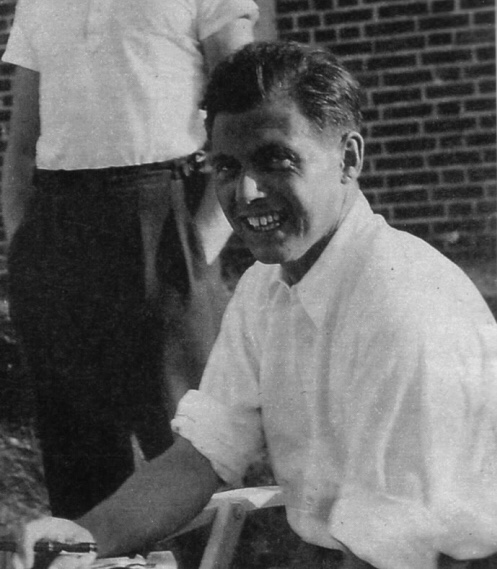 been-there wrote: ↑
Fri Jul 18, 2014 3:36 pm
Look at what happened to Dr. Mengele. He DID protest his innocence from the anonymous safety of Brazil. He wrote it all down too. After his death his son came into possession of all post-war writings, auto-biography ( "Fiat Lux" meaning "Let There Be Light") and diaries and auctioned them off. As I understand it, they were purchased by a wealthy 'Jewish' bidder and as far as I know we have never yet got to see it. I wonder why? 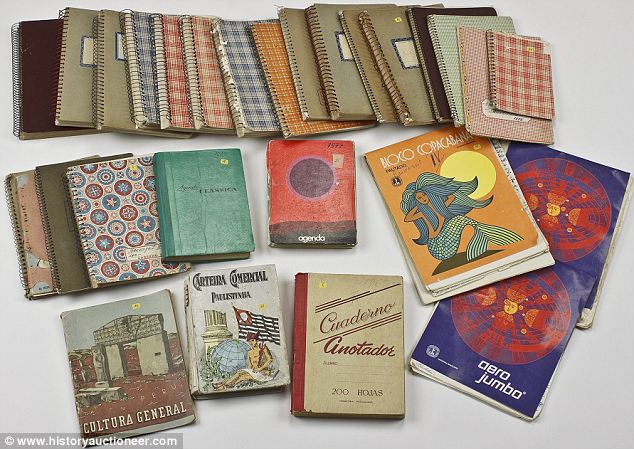 And then his family and friends, they DID protest his innocence.
Ever read any of that?
If not consider for a moment why that is.
Look at his reputation today, despite all that.

Then his son made it through to meet him in Brazil in the 1970's. Did you know about that? Watch this edited video clip. See if you can find an unedited version anywhere.

[The following informative video of Rolf Mengele relating his meeting with his father, is now censored and removed by JewTube. Hmmmmm? I wonder why?]
When Rolf asked him about the things said about his activities in Auschwitz he protested his innocence of the accusations made against him very passionately saying “how can you imagine that this is possible for me to have done those things? Can't you see at the first line that this is a lie and propaganda?”

Rolf insists his mother had also never known that her husband had done the things he is accused of in the war. She understood he was treating prisoners at Auschwitz who suffered from typhoid and typhus fever.

Mengele himself attributed the responsibility for his own mother’s post-war death to ‘incompetent’ doctors that the Allies brought in to replace ‘good’ Nazi doctors. Moreover, according to the researcher, he blames those who made "false accusations" against him for the loss of his mother.

Mengele could afford to say what he liked post-war in Brazil. Those in Germany could not. Yet look how despite all this his name is still used to represent some demonic icon of evil sadism.

Mengele himself repeatedly insisted that he had not committed any crime, and that instead he had become a victim of a great injustice: "I personally have not killed, injured or caused bodily harm to anyone."
New York Times, June 14, 1985; Baltimore Sun, June 14, 1985

Of the sets of child twins from Auschwitz who were experimented on by Dr. Mengele, interviewed forty years after the war, many of them are recorded as describing Mengele as a "gentle, affable man" who had befriended them as children and became a sort of father figure to them.
And yet the recorders of these twins' positive testimony wrote it in such a way to make us the readers think that these child twins had been 'tricked' and deceived by Mengele, thus only could they remember him and his kindness to them so favourably:

Some forty years after the war, only a 100 sets of these twins could be found, many living in Israel and the United States. Strangely enough, many of them recall Mengele as a gentle, affable man who befriended them as children and gave them chocolates. Since many had immediately been separated from their families upon entering the camp, Mengele became a sort of father figure.
Taken from 'Children of the Flames; Dr. Josef Mengele and the Untold Story of the Twins of Auschwitz' by Lucette Matalon Lagnado and Sheila Cohn Dekel, and 'Mengele; the Complete Story' by Gerald Posner and John Ware.

In 1985 the second wife of Mengele was traced to Meran, South Tyrol by journalists who attempted to interview her. Mrs. Martha Mengele was described as a respected member of the Meran community.
She limited her remarks to a denial that her husband had committed the deeds that earned him the name 'Angel of Death': "It's all lies and propaganda" the Bild am Sonntag newspaper quoted her as saying.
Chicago Tribune. January 8th, 2012.
http://articles.chicagotribune.com/1985 ... ef-mengele

In 1960 Hans Sedlmeier returned from Asuncion, Paraguay with a statement from Mengele that said, "I personally have not killed, injured or caused bodily harm to anyone."
Mengele repeatedly insisted that he had not committed any crime, and that instead he had become a victim of a great injustice. This appeared in the Chicago Tribune in an article entitled: 'Mengele family keeps uneasy silence' by Alice Siegert. June 9th, 1985.
http://articles.chicagotribune.com/1985 ... sef-mengel

The same story appeared in the New York Times, June 14, 1985 and in the Baltimore Sun, June 14th, 1985. Yet what good did this protestation of innocence achieve?

Lina Mathilde Heydrich was the wife of SS-Obergruppenführer Reinhard Heydrich. She received a substantial pension because her husband was a German general killed in action. Lina spoke with several authors, sent in letters of correction to many newspapers, and defended the reputation of her husband Reinhard. People still believe the worst about him.
Top
Post Reply
273 posts