Discuss the alleged Nazi genocide or other wartime atrocities without fear of censorship. No bullying of fellow posters is allowed at RODOH. If you can't be civil, please address the argument and not the participants. Do not use disparaging alterations of the user-names of other RODOH posters or their family members. Failure to heed warnings from Moderators will result in a 24 hour ban (or longer if necessary).
Post Reply
479 posts

The Jew media beating the holyhoax drum is becoming an almost daily occurrence. That seems to indicate that they're worried about their holyhoax lie falling apart like a cheap suit. They seem to think that stamping their feet and shrieking louder will cure their "problem". Yeah, good luck with that.
Top

It's in the news again. Worldwide!

But THIS time some people who self-identify as Jews are getting upset at the way it is in the news. 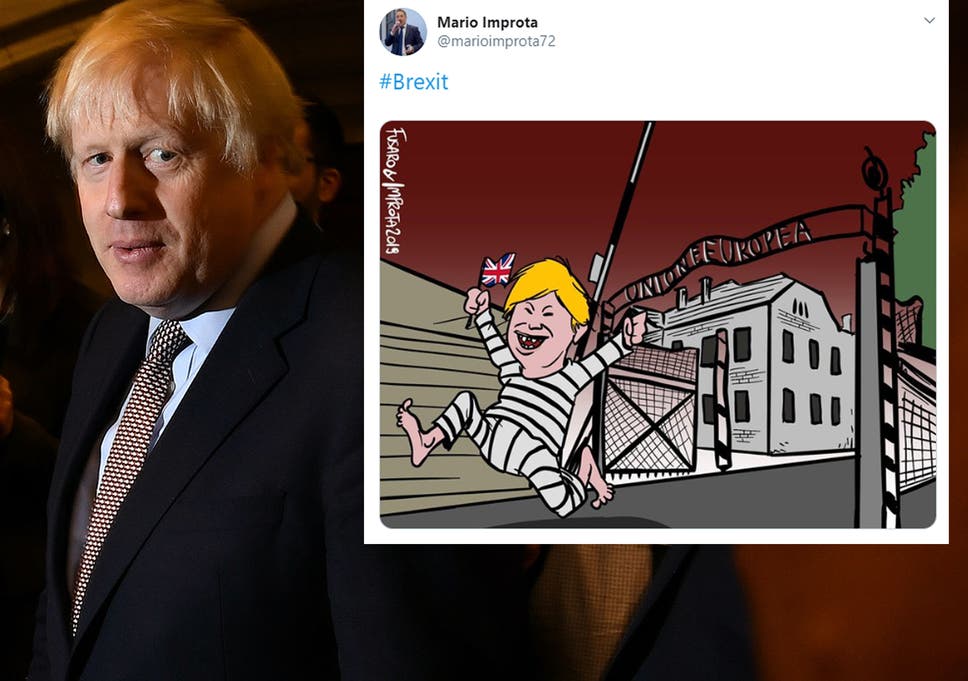 Italian cartoonist Mario Improta didn't depict one of this pseudo-history's most potent but decitful icons appropriately.
He didn't show enough respect to this 'religious' symbol of the poor, eternally persecuted, always suffering 'Jews'.

etc., etc., etc.
"When people who are honestly mistaken learn the truth,
they either cease being mistaken
or they cease being honest"
-- Anonymous
Top

Here is a new one
The Jewish skeleton collection was an attempt by the Nazis to create an anthropological display to showcase the alleged racial inferiority of the "Jewish race" and to emphasize the Jews' status as Untermenschen ("sub-humans"), in contrast to the German race, which the Nazis considered to be Aryan Übermenschen. The collection was to be housed at the Anatomy Institute at the Reich University of Strasbourg in the annexed region of Alsace, where the initial preparation of the corpses was performed 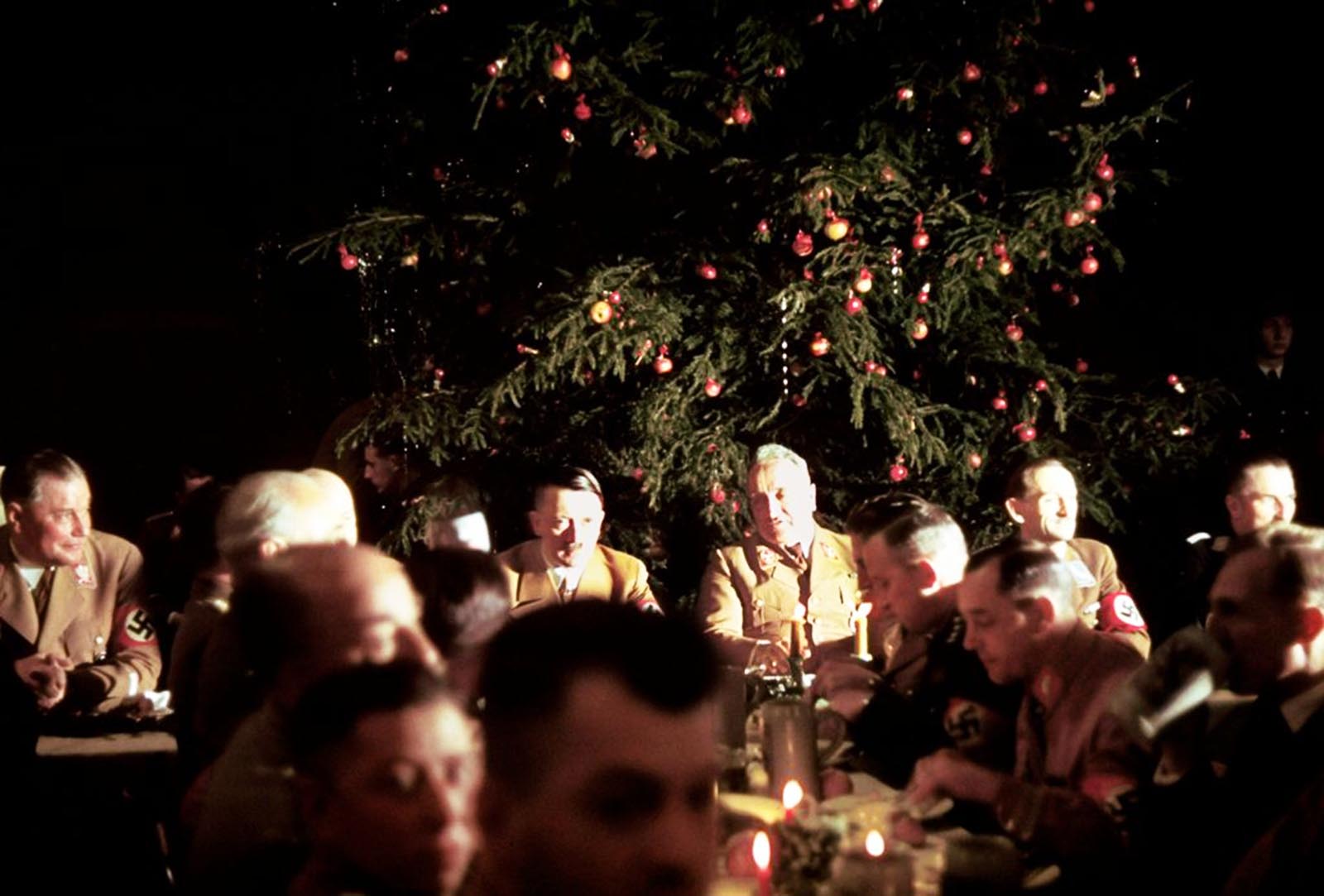 In some circumstances it can be rationally assumed that if a certain event had occurred, evidence of it could be easily discovered by qualified investigators. In such circumstances it is perfectly reasonable to take the absence of evidence of its occurrence as proof of its non-occurrence.
Such is the case for the fraudulently alleged holocaust mass graves: No graves = No holocaust - simple as that.
Top

Though regretably it is not main-stream.
It is this...
A Jewish person is stating the obvious publically and ALSO deliberately drawing attention to it. Viz that:
1.) what is happening to the Palestinians by Jews is a holocaust and a much longer one than anything Jews went through during WW2,
2.) we should allow investigation, reassessment and revision of the events called 'THE Holocaust'.

The video mentioned in this excerpt of the article is viewable only on Bitchute because it has been scrubbed from YouTube and other locations.

When Henry Herskovitz was prohibited from giving a talk to his synagogue about his trip to the Palestinian Territories, he began a weekly vigil that has lasted 16 years. Meanwhile, the synagogue hosts Israeli soldiers and takes children on propaganda trips to Israel…
Now Herskovitz is being sued, and the SPLC accuses him of ‘Holocaust denial’…

A Michigan synagogue member has filed a federal lawsuit against “Jewish Witnesses for Peace and Friends,” a small human rights group that has been holding a pro-Palestinian vigil outside a synagogue in Ann Arbor, Michigan, every week for 16 years.
The vigils are led by Henry Herskovitz, who began the vigils after traveling to the Palestinian Occupied Territories in 2002. Upon his return he tried to give a presentation about his trip to the synagogue he attended, Beth Israel Congregation, but was prohibited from doing this.

Eventually, barred from speaking inside the temple, Herskovitz decided to hold a vigil outside. He has been joined in his vigil every Saturday morning since by a fluctuating group of diverse human rights defenders, both Jewish and non-Jewish. The participants are peaceful and do not obstruct people from entering the synagogue. It appears that many, perhaps most of the participants are over 70.

The 85-page lawsuit was filed by Beth Israel member Marvin Gerber, who is seeking an injunction to stop the protesters or to restrict their actions. He is also seeking punitive and compensatory damages for the “emotional distress” he says the vigils have caused him.

He is demanding a jury trial.

Herskovitz replies that he would “compare Gerber’s ‘alleged suffering’ with ‘the actual suffering’ of Palestinians gunned down by the Israeli military for protesting.”
Israeli forces have killed almost 10,000 Palestinian men, women, and children since 2000, ...Palestinians in Gaza began a weekly protest in March of 2018, and Israeli soldiers have shot numerous participants, including journalists, medics, and children.

Herskovitz says that he does not “deny the Holocaust.” In fact, he feels that Nazi violence should be thoroughly investigated. He believes that just as our understanding of other periods in history has been expanded as new information comes to light or new analyses are presented, new information about the Holocaust should similarly be explored, including evidence suggesting that some aspects may have been misreported.

Herskovitz emphasizes that he simply “opposes mendacity” and supports “open debate” on the Holocaust as on all subjects (video below). He is outraged that historians, scientists and others are being imprisoned in Europe because their research appears to contradict some components of the received Holocaust narrative — particularly since some items have already proved fallacious.

Most of all, Herskovitz feels that the extreme emphasis on the Holocaust, which US forces helped end almost three-quarters of a century ago, is a key factor in preventing Americans today from opposing Israel’s 70+ years of violence against Palestinians.

He believes that the constant references to the Holocaust and the frequent Hollywood movies about it constitute “the ultimate gate keeper that prevents Palestine’s oppressor from being exposed and brought to justice.”

Herskovitz writes: “When Hollywood – an effective emotional manipulation tool – produces over 300 films on both Holocaust fact and fiction, a toxic supremacism is formed.
Perhaps Golda Meir said it best: ‘After the Holocaust, Jews are allowed to do anything.’
Using military snipers to kill over 130 Palestinian Gandhi-styled protesters, and taking advantage of a compliant American press to suppress these murders from US citizens is a good example of Jews being allowed to do simply anything they want.”

Herskovitz writes: “If it were any other people trampling the lives and rights of Palestinians, Americans would have no problem going after the perpetrators of these crimes and bringing justice to Palestine.”

Prior to filing the lawsuit, Gerber sent a certified letter to Herskovitz about the sign he found “particularly offensive and insulting.” The sign said: ‘End the Palestinian Holocaust’.
Gerber demanded that the group stop using the sign and publish “a complete and unequivocal retraction of the statement.”
Yet, legal analysts have found that Israeli actions against the Palestinians fit the legal definition of genocide, and diverse writers have used the phrase “Palestinian holocaust” and made similar comparisons to the Holocaust.

“The Palestinian Holocaust is unsurpassed in history. For a country to be occupied, emptied of its people, its physical and cultural landmarks obliterated, its destruction hailed as a miraculous act of God, all done according to a premeditated plan, meticulously executed, internationally supported, and still maintained today…”

Palestinian Christian priest and author Father Elias Chacour has commented: “If the Jewish Holocaust lasted for four years —then thank God it ended after four years. My Palestinian Holocaust has lasted more than 50 years and I see no end to it.”

Read the whole article and see the attached videos here

Here is a news item from today.

But it actually refutes the compulsory 'Holocaust' narrative if you do some simple arithmetic.

https://www.newagebd.net/article/97378/ ... exhibition
"When people who are honestly mistaken learn the truth,
they either cease being mistaken
or they cease being honest"
-- Anonymous
Top

The ALLIED propaganda version of WW2 and its flawed 'holocaust' narrative are coming under increased scrutiny and falling apart... finally.

Look what is happening between Russia and Poland over the 'holocaust' memorial ceremonies being held not in Europe but in an occupied middle-Eastern country.

Here is the headline of an op-ed on the Russian Times news website:

The issue for this American-Serbian journalist is that Poland finally wants the world to know that it was also invaded by — and brutally occupied by — Stalin's Soviet-communist mass-murdering regime. Yet that FACT the author wants to call "disgusting Holocaust revisionism".

...the current Polish government has refused to give the Soviet Union any credit for liberating Auschwitz – or Poland, for that matter – insisting instead that their country was a purely innocent victim of Nazis and Soviets in equal measure.

been-there wrote: ↑
Fri Jan 24, 2020 4:22 am
The ALLIED propaganda version of WW2 and its flawed 'holocaust' narrative are coming under increased scrutiny and falling apart... finally.
Look what is happening between Russia and Poland over the 'holocaust' memorial ceremonies being held not in Europe but in an occupied middle-Eastern country.

The issue for this American-Serbian journalist is that Poland finally wants the workd to know that it was also invaded by and brutally occupied by the Soviet mass-murdering regime. Yet that FACT the author wants to call "disgusting Holocaust revisionism".

Thanks I was going to make a thread on this. Mr Putin has counteracted and said that Poland was in collusion with the Reich and started WWII; he had a fist of document which did show that the Polish Ambassador did agree to allow the Reich to deport all of der juden. The Poles and der Juden are now declaring that the Russian Federation are falsifiers of History. More should come from Mr Putin within a week after the Auschwitz remembrance.

I expect the Russian Federation soon to declare the AR camps and Auschwitz gassing a myth in retaliation with the documents.
I think these developments is worth a new thread, what say ye, me hearties. If Putin does this we are loading the cannons to give the Klowns ship a broadside, with 104, 12 lb guns. Rabbis call for removal of Church at Auschwitz

Scroll down to the photo: "LEAVE THESE SIX MILLION ALONE"
Interesting choice of words propagating a discredited "fact", as everybody "knows" that six million perished in Auschwitz.